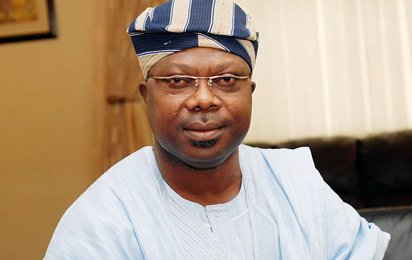 Omisore was arrested by the Economic and Financial Crimes Commission (EFCC) on July 3rd over an alleged N1.3bn fraud.

In his ruling, the judge, Justice Olukayode Adeniyi held that the counsel to the applicant failed to show what powers the court had to reverse the order of a court with concurrent jurisdiction.

“I am not aware of any order to make in the instant applications, which have the tendency and implications of upturning the existing order of my learned brother Justice Jude Okeke.

I must therefore agree with the submissions of the respondent’s counsel that in the present situation this court hasn’t made an order for the remand of the applicant for the period of 14 days.

And now turn around to make another order undermining the same order for remand for the release of the applicant on bail.

In other words, the issue of bail cannot arise from this court that validly made an order for his remand during the lifespan of that order.

In my view, the cause open for the applicant in this circumstance is to wait for the expiration of the order of July 8, and there after exercise his rights under Section 296 (3) of the Administration of Criminal Justice Act to renew his application for bail,” he said.

The judge said that in totality and with no further ado, his decision was that the application was premature in the circumstance and was thereby incompetent and inappropriate.

“Even though I have not considered its substance, the application is hereby dismissed,” Adeniyi said.

Omisore’s counsel, Chris Uche (SAN), had told the court that his client had instituted a suit to enforce his fundamental human rights, which he claimed, was trampled upon by EFCC.

Uche said that the EFCC violated the 1999 Constitution by unlawfully arresting and remanding Omisore.
He said that the warrant was obtained long after Omisore had been clamped into detention and that the remand order could not rob the court of its statutory jurisdiction to entertain application for bail.

But, Takor Ndifon, counsel to the EFCC, had in his counter affidavits, said that Omisore was lawfully arrested and kept in custody as provided for by Section 35 of the 1999 Constitution.

Related Topics:Senator Iyiola Omisore
Up Next