Uru Eke: Can It Start Off Casual & End Up Being Something More? 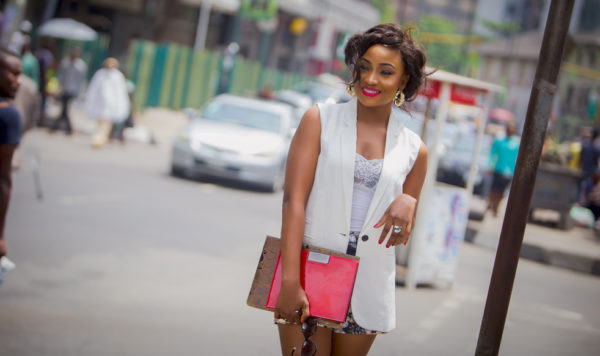 Ladies and Gents, get in here!
Usually I write for the ladies because most of my inspiration comes from women, but on this occasion this topic cuts across both genders.

I want to talk about casual relationships, Booty Calls, Dial – A – Lay, situationships, friends with benefits, hook-ups, DTFing or whatever you want to call them.

Is it possible to go wide eyed into any one these instances without developing feelings? I want to believe every one of us at some point has been caught up one way or the other in this mess and found ourselves left hanging with emotions for someone who may or may not have reciprocated them.

My friend told me about a guy she was DTFing (down to f&%?ing) and how the guy began to develop feelings. When she began to give him some distance he turned a bit hostile. I told her to talk to him that in as much as it was a bit of fun for her; he probably just went along with it to see if it would develop into something more and to withdraw from him because he was getting all mushy was cold. So she went ahead and had a conversation with him but for a while the dude was still stung, it took her a lot of grafting to get him to come to the realisation that there wasn’t more to the two of them than the physical. According to her, she couldn’t see a relationship with him because he was hard work and their personalities clashed but nevertheless he was dynamite in the sack so she couldn’t help going back to him.

Earlier this week I came across an interview Mila Kunis granted, about how her relationship with Ashton Kutcher began. She said it started off as a fling and they just happened to fall in love and now they’re married. I didn’t know that was possible.
I once unknowingly went into DTF mode myself with a guy, to be honest I had never been in such a situation before and didn’t know how to handle it and for the life of me, when I think back now I don’t know how we got there.

Initially we started talking and there was clearly attraction and chemistry so I thought we were heading for something good. It took a few months of talking before we got into it properly as we weren’t in the same country. I didn’t think men spent that much time on a woman if it wasn’t for something more meaningful. Anyway to cut the long story short we finally got DTFing… as I call it now, and I started to develop feelings. I was scared to open up to him in case I was rejected, which I eventually did. But unfortunately, like Job in the Bible what I feared most happened. My feelings meant absolutely nothing to him. The DTFing continued as much as I tried to fight it, I also began to get resentful of him and lash out at the slightest provocation. I couldn’t believe I was doing this nonsense as I have always been careful. I always ran for my dear life from this sort of predicament. I didn’t even know what friends with benefits was before this experience.

I became hard and acted like I didn’t care when in actual fact, deep down I wished I was with him everyday looking into his eyes. I wanted to get out of the situation so bad, but I found myself going back and it didn’t get any easier. Soon enough he concluded I was crazy; to him I had no reason to be upset with him as he hadn’t done anything wrong. Needless to say that’s a road I’d rather slit my throat than go down again.

These ambiguous, confusing, often painful situations arise because the driver of the casual relationship is in for whatever they can get with minimal emotional contribution. The ‘passenger’, either doesn’t know they’re going on a casual journey and through a lack of boundaries, not paying attention to red flags, ends up along for the ride, or…they do know which journey they’re taking but they think that they can cope with it or, they hope to change the driver’s mind along the way so that they change direction.

Another friend of mine told me about a guy she’s been seeing over the last 7 months. They aren’t DTFing and they aren’t in a relationship either. But they’ve been talking and spending a lot of time together, going on dates and doing most things couples do. So I asked her what’s going on and if she’s had a conversation with him, she said she has set out a day to do that. I don’t even know what to call that type of scenario, because how do two people who obviously like each other, spend so much time together and aren’t linked to other people not define their own relationship. What is the point of all of that or could they just be enjoying each other’s company? Perhaps.

I want to think that, just as Mila Kunis and Ashton Kutcher, there are other couples out there who may have got together from these situations. I say this because over the weekend I was invited out by a friend of mine to a party. I didn’t know who the celebrants were, but for the lack of anything else planned I went along. She gave me a little intro as to how the two met and I was like oh wow!

The guy is a multi billionaire (unbeknownst to her) whom she had met at work. He didn’t present himself in all his glory. She, on the other hand, saw a nice, alright looking guy who she just wanted a bit of fun with. Soon enough she found herself falling for this ordinary guy and when he was comfortable enough that he could trust her, after carrying out some investigation into her background, he proposed. Then of course he does a big reveal and till today she’s still shocked and bewildered at the way he went about it.
Good for her I suppose, because let’s face it, dude was looking for a wife and didn’t follow the conventional route; but who’s to say that if she had taken a different approach they wouldn’t have still ended up together.

My question is, is it really possible to have no strings attached, undefined, passionate, void of emotion good steamy sex. Can you simply shut down and disappear? Do you lash out and fight the feeling by way of causing conflict or do you have a conversation and see if you are on the same page while harbouring the fear of maybe being rejected. Should it be discussed before hand, will that help prevent getting all mushy?

The concept of someone fundamentally knowing (whether they admit it or not) that they really don’t want to extend themselves beyond getting their needs met and that they don’t ‘see’ you in that (relationship) way is hard for most to grasp. This is why so many people stick around in unavailable partnerings trying to prove themselves so that they can get validation that they’re not just ‘casually’ regarded and you end up being with someone for 2 – 3 years in nothing short of a non – relationship. Obsessively analysing, making excuses, trying to re-fashion yourself to fix the situation.

I did some research and found some rules on casual relationships and maybe if you stick to these, you’ll be the better for it.

2. Respect Boundaries: if she/he says they don’t want anything serious, keep at just that, don’t start demanding more or getting upset when you don’t get it. (This is assuming you’ve had this kind of conversation)

3. Avoid relationship milestone; meeting each others friends, families, bringing the partner into your social circle or even observing anniversaries.

I say be observant, ask questions, have conversations MULTIPLE TIMES very early on about what you both want from being together and maybe be a bit calculative with your moves to avoid being lumbered into something that can often be avoided.

Olajumoke Awosemo: How Do Smart Parents Keep Up with Their Smart Kids?

Cassandra and Karl’s Epic Love Story ! The Wedding Trailer That Left Us ALL Speechless