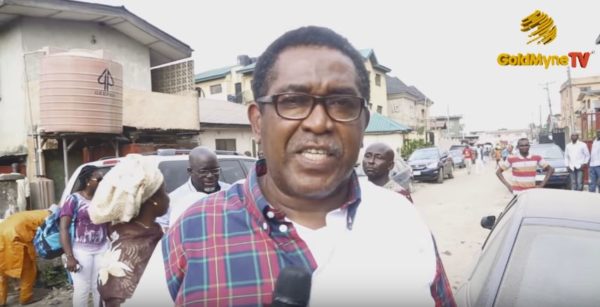 The news that veteran actress Bukky Ajayi has passed on is still a shock to a lot of people. She left such a great legacy and a lot of people in the industry did not see her as “an old woman”.

In this clip we get to see the prayer and burial rites which was done in her Surulere home a day after she passed on.

She was buried at Atan Cemetery in Lagos.

Other veteran actors like Patrick Doyle and producers like Tade Ogidan were also at the event to pay their last respects.

“The greatest challenge is value that is placed on Intellectual Property” – 2Baba on Music, Wizkid’s Popularity, his Next Album & More