Yemisi Wada: When You Blame Everyone But Yourself 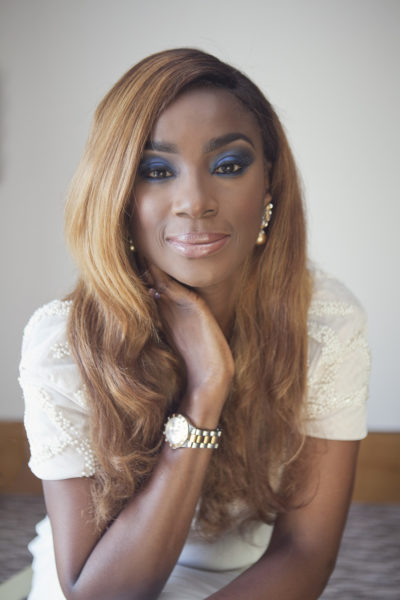 We all have those days, when things don’t go the way we mentally planned when we prepared for the day ahead. Your generator is still on from two nights before. The driver is hours late and your children are not dressed for school in the morning. Your routine has been distorted and the frustration leads to you to the rationalisation that everyone around you, quite frankly, is useless. However, as the day commences, little realisations occur; you forgot to leave the money to top up the PHCN metre, you got your days mixed up because of that odd public holiday at the beginning of the week and gave your nanny the wrong day off and told the driver he could queue for fuel too as you assumed it was the weekend!
You’ve blamed all your immediate issues with the incompetence of the people around you; however, you are actually to blame.

You see, convenient rationalisations are easy, but can be dangerous.

When I first started my business I employed a younger relative, who had a gleaming reputation of being both incredibly bright and very popular. She had just returned from studying in the States and she accepted the job proposition with a slight of condescension, almost as though she was doing me a favour. This was okay by me- if she was to be as good as advertised. I wanted her to engage Social Media and generate a buzz about us.

She was always very turned out for work; she looked like she had spent hours perfecting the detail of her make up and her hair always on ‘fleek’. But this was at a detriment to us, she was constantly late for work and by the time she had settled in; hot coffee digested, notifications from clients received etc, the day was almost over. Confusingly, we don’t even entertain clients in that office (it is predominantly for employees) so her efforts were constantly lost on the other three of us in our small office.

In typical Naija fashion, her ‘polished’ appearance and self-important attitude meant the others in the office regarded her as a superior, ‘madam’ type and would not challenge her; this took a significant toll on teamwork and caused a drop-off in productivity. Ultimately, I had to let her go because paying her monthly was painful considering her measly returns. I had assumed the make up glitter was gold and made the easy assumption that she knew what she was doing and ended up costing myself.

When she left my office she went on to work for a telecoms company. I thought she would fare better in a place with bigger egos than hers and have more of a reason to be glammed up. She worked in a department headed by a woman whose character I knew well. Soon enough I heard she had been laid off that job as well. I was not surprised.

It was upsetting, then, to hear her mother at a family gathering blaming her daughter’s misfortune on a ‘women pulling other women’ syndrome – a phenomenon apparently affecting all women in important positions, and saying that was why her daughter could not keep a job! I had to physically restrain myself from telling her not to give a dog a bad name and hang him!
If I had not myself had first hand experience of this so called ‘injustice’ to this female talent, I may have doubted someone I knew (her employer) for being petty and judged her. An easy rationalisation that could have been at a loss to another hard working woman.

Another situation occurred at my bank. A senior lady politely gave a subordinate some constructive criticism. Her confidential advice to a younger female colleague, who had gained the reputation of being wayward, was that it was unprofessional to come to the office scantily dressed. She also gave her a quick clarification- hanging about the Manager’s office conveniently bending over to pick stuff up, which the younger lady was known to do, would not create better job opportunities or be a fast track to promotions.

The lady nearly wept when she read the text the younger lady had written about her to another colleague detailing the advice and describing her as jealous and sad! Trying to do the other woman a favour, she ended up getting the reputation of being a frustrated bitch suppressing other female talent, which was untrue and unfair.

Now I am not trying to undermine the fact that this syndrome exists, it does; along with many other injustices such as racism, sexism, and homophobia. There are millions who are victims of injustice and are kept down and kept powerless.

This past week, footage surfaced of two different unarmed black men, in completely separate situations, both murdered by police in broad daylight for no reason! Alton Sterling and Philando Castile. It can no longer go unnoticed that the American justice system continuously perpetuates a negative stereotype of poor black people and then uses the image they created to allow policemen kill black people in broad day light. That is real injustice.

To use that pain and sorrow, to justify your own shortcomings is not right. It is a time where we all have to align and fight for our rights and against real oppression. To try and feign victimhood through alleged victimisation is at a cost to actual victimisation.

In the particular case of my relative, in her feigning victimhood, she is the actual bully. The person whose reputation is being maligned, her boss, in telecoms for example, is going to be looked upon as a frustrated, woman who is envious. This pattern of thinking about her boss will most likely spread, and is what will be used to justify other female colleagues avoiding and not wanting to work with her. This will look like women not wanting to help other women; all because of a colleague had suggested a little professionalism in the work place.

My point is, sometimes though the opportunities for being centre of attention can be increased by feigning victimhood; but, if we claim to be responsible adults, we have to be able to own up to our own shortcomings and not blame others, systems or situations.

Do you get this? Lets talk about what you think. You can email me or leave comments here or on my blog.

Richard Agu: People Don’t Really Care What Happens to You