Anne Mmeje: Our Billionaire Relatives Have No Obligation to Give Us Pennies 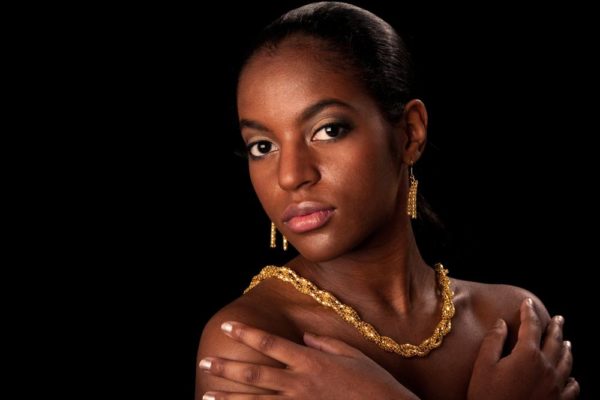 I jumped out of my bed to write the first sentence of this post moments after I learned that my friend, E, earns ten times what I make. E works hard. Inspired by her success, I took a small step towards realizing my dream of establishing a side hustle as a freelance writer. But it is not often that this happens –  a friend’s success pushing me to work harder. Sometimes, I feel entitled to a slice of a friend’s or relative’s pie. This, when I didn’t lift a finger to help them bake it.

Blame the society that raised me.

Years ago, when I was growing up in Nigeria, a certain millionaire (read billionaire; there were only few millionaires then) in my community had a brother who was a carpenter and who didn’t own a car. My community considered it an anomaly.
While writing this post, I Googled the millionaire, and his images, featured in both national and international magazines, came up. I sent a text to my brother: “What does so-and-so’s brother do now?” “He’s a carpenter,” the reply came. I felt differently than I did when I was growing up. This time, I felt a certain respect for the carpenter–a man who didn’t feel entitled to his brother’s wealth.

If we all reason like the carpenter, our wealthy relatives will have it easier. They don’t at the moment because of the expectations the society places on them. Besides taking care of their parents’ and siblings’ financial obligations, well-off Nigerians are also expected to help extended family members, old friends, acquaintances, and strangers. At fundraising events, unsolicited accolades like “Chief Launcher,” “Chairman of the occasion,” etc, are bestowed on them to shame them into making donations befitting of their status.

As a result of the many requests they get, our wealthy relatives cannot realistically meet every need presented before them. Yet, when they decline some requests, they are perceived as bad Samaritans indifferent to the sufferings of their neighbors.

I feel particularly sorry for some wealthy friends who feel misunderstood. So I put myself in their shoes and articulated five reasons why our billionaire relatives are not always able to come through for us.

1. They Do Not Have Sufficient Funds
People’s financial responsibilities are proportionate to their wealth. Big man, Big Trouble.  Sometimes we miss this point and so struggle to understand how our wealthy relatives, who indulge in luxuries, can look us in the face and tell us they don’t have enough resources to accommodate our basic needs. In essence, we expect our wealthy relatives to lower their standard of living to accommodate our needs. But do we set this same standard for ourselves?

Let’s take you, for example. Despite your “economic hardship,” you still spend more than N3000 on airtime monthly. But do you know that as I write this, there is possibly a man in your state who has been in prison for years because he cannot afford to pay a N3,000 fine–his sentence for stealing a goat from his neighbor. I met such people who couldn’t afford their freedom, valued at a couple of thousands of Naira, when I did my National Youth Service in Katsina State between 2008 and 2009.

2. They Receive Thirty Other Requests for Every One We Make
We are not the only ones who remember that our relatives are in a position to help. Just as we think that we should have priority because we are their siblings–from the same father and mother, aunt Jane also thinks she is the most deserving of the poor because she used to give our wealthy relative pocket money when our relative was in boarding house.

So next time your billionaire relative tells you that it will take two months before he honors your request, Please be patient till he ticks the name above yours off the list.

3. Our Requests May Be a Luxury Even Our Relatives Cannot afford for Themselves
Most wealthy people became rich by being frugal, by saving for the rainy day. While the rest of us cannot resist the allure of immediate satisfaction, the rich are masters of the art of delayed gratification. Even when they are super rich, they drive old cars and haggle better than the best of us.  I know one who makes six-figure salaries in dollars who nevertheless braids her own hair and cannot be found with a jewelry that costs more than $10.

Given the above analysis, you see it’s unfair to tell your relative who has one child by choice to give you school fees for your five children.

4. They Work Harder Than the Rest of Us
A few years ago, a friend of mine, Ima, visited U.S. from Nigeria to see her parents. During her visit, after seeing her elderly mother, a nurse, braced snow in the East coast to go to work. She told me she wished her relatives in the village who got money from her parents knew how much her mother suffered to make the money. If we knew how hard the rich worked to get where they are, perhaps we will feel less entitled to their money.

Many Nigerians in diaspora, for example, clean human waste, dig graves, etc–jobs most of us will turn down our noses at– to make ends meet. Last two months, I met one who told me he was sleeping in a church because he couldn’t afford a home. But I imagine that while he struggles to find a roof to keep over his head, his people in Nigeria are already telling him what brand of laptop to send them.

5. They Too Have Their Own Crosses Which We Cannot Carry
Crosses come in various sizes and shapes. If ours is poverty, our wealthy relatives’ could be infertility, a disabled child, a difficult spouse, etc. If we expect our rich relatives to help us with our financial burdens, then except we find ways to make their crosses lighter, we are being ungenerous.

To be sure, we are better off as a society when the rich are sensitive to the needs of their less privileged  brothers and sisters. A child’s moral obligation to take care of his aged parents, for example, cannot be dismissed even under the guise of individualism. Nevertheless such help extended should never become the norm that when not given is considered an anomaly.

Success is the Best Revenge
Still want to get back at your “stingy” relative despite all I have said? Strike out on your own and succeed. There is no revenge greater than success. You can do it. Success is 99% perspiration. Every other thing, including the help you would have  got from your billionaire relative, accounts for just 1%.

Adebayo Adegbembo: Nigerians, How Well Do We Know ‘Esu, the Devil’?

Tajé Prest: Too Big to Find a Husband? “Nigerians, STOP BODY SHAMING!” It isn’t Your Business Nor is it Your Place