Adebayo Adegbembo: Nigerians, How Well Do We Know 'Esu, the Devil'? 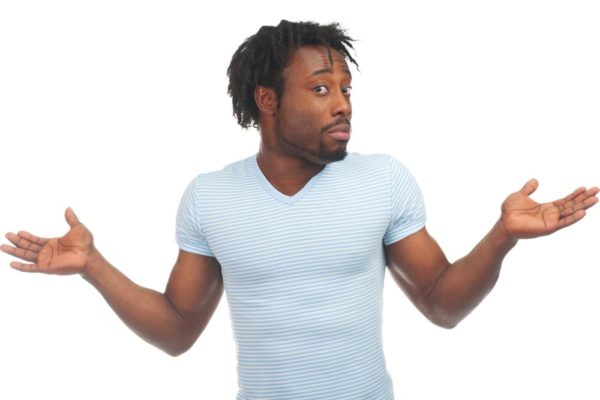 “Would you eat at a Nigerian restaurant with images of Esu, Sango or any Yoruba Orisa visibly present?” I asked my colleagues as we sat enjoying a Chinese buffet one fine evening. We were all Nigerians and their answers sounded familiar: ah! I no fit o! It’s against my religion. It’s a sin. God forbid! Idolatory! Tufiakwa!

Next, I pointed to a Buddhist statue seated by the corner of the restaurant unhidden. They smiled, shrugged and didn’t seem to mind as they continued enjoying their meals.

So, what would happen if a Nigerian restaurant decided to honor Yoruba deities like mainstream religions openly do around here with symbols of their faiths? The reaction that would likely trail such decision is predictable: dedicated sermons and crusades, conspiracy theories on the destiny of every customer etc. until the business eventually dies. It is common knowledge that Nigerians are a religious people. Though, the depth of our religiousness is questionable given the sharp contrast between our open piety and moral standards. Yet, that’s not the core of this piece.

Rather, the subject matter is on how well we really know what we are constantly fighting against and passionately blocking off even with the wealth of information that surrounds us. To illustrate my point, I’ll share another personal experience.

Recently, while cold-calling on primary schools across Lagos for my Yoruba language-learning app, I found myself in a typical situation. Here, the school was interested in adopting the Yoruba101 app to complement its Yoruba teaching but we had a situation on our hands as the principal insisted something had to be done about characters like Sango, Oduduwa and Osun who are present in the app. It didn’t matter that these are playful cartoon figures designed to make the educational Yoruba game app fun for kids. Rather, the bone of contention was that we needed to protect the pupils from those it deemed diabolical figures and a threat to their core religious faith as championed by the school. While the principal argued that we had to take them out notwithstanding the technicalities involved, another teacher weighed in on the need to explain the relationship between Yoruba culture and its deities to the kids without glorifying the latter. In other words, there would be an attempt to talk about Sango, Osun and ilk but with some degree of bashing to ensure their relegation to a place of irrelevance before the kids. Long story short, I lost the deal but came out convinced as to how much challenges we had to deal with towards promoting our own cultural attributes.

Yet, with all these stereotypes about our traditional deities lies a contrast to what obtains in Latin America where they are embraced by tens of millions, hence I wonder about the basis of our perceived expertise and view on this subject. It begs the questions of how much we truly know. The answer to that question varies but it hints at a deeper issue that we have failed to address: how best to preserve the originality of our traditional heritage without conflicting our popular faith based beliefs.

What I have observed is most of us here simply stigmatize the traditional religion as evil from a one-sided perspective. Hence, we don’t know about the positive values they instill or the deep knowledge associated with their practice. Even the media often portrays traditional religion in negative contexts with plots that pit them against popular faiths. But, are our traditional faiths pure examples of outright evil? How well do we know the root of even the most accepted religion among us today?

Last year, my curiosity led me to the Osun Osogbo festival where I interviewed traditional worshippers asking the number one question on the minds of people: “why is our traditional religion attributed to evil?” One of my respondents made a brilliant distinction between spirituality and man’s actions with related knowledge. In other words, as with any religion, its true doctrine on one hand and what followers make of it on the other hand.

To buttress my point about how little we probably know about our traditional faiths, I came across snippets of this presentation from Professor Wole Soyinka on the subject of Esu where he explained its origin as we have now come to accept in Yoruba Biblical terms. Remi Oyeyemi’s piece – Esu, the revenge of Bishop Ajayi Crowther – sheds more light on the subject. In similar terms, contrast our stereotypic perception with one of over 100 million adherents of Yoruba religion I met during a recent to Brazil:

This thing about Eṣu and the devil is so Christian and European. You see, in Candomblé and other Yoruba religions, we don’t believe in such thing as devil. Eṣu is the messenger. Without him, there is no Candomblé. This is ignorance and of course racism!

Could it then be a matter of ignorance that we simply criticize those who practice it or refuse anything with ties to it? That I find more dangerous than anything else. For in openly ignoring this, we are perpetuating ignorance of what is inherently ours and sacred to our fellow humans.

In my continuous learning, what I have come to accept is the beauty of keeping an open mind. With that, we can find creative ways to deliver authentic stories of who we are to the younger generation without the cloudiness of personal religious views. Even more, it serves to ensure harmonious living amongst us as a society.

So, how well do you know Esu, Sango, Zangbeto, Ekwensu and other deities?

Anne Mmeje: Our Billionaire Relatives Have No Obligation to Give Us Pennies