It's a possible narrative that Christians, not Muslims, have the upper hand in Buhari Administration - Yemi Osinbajo 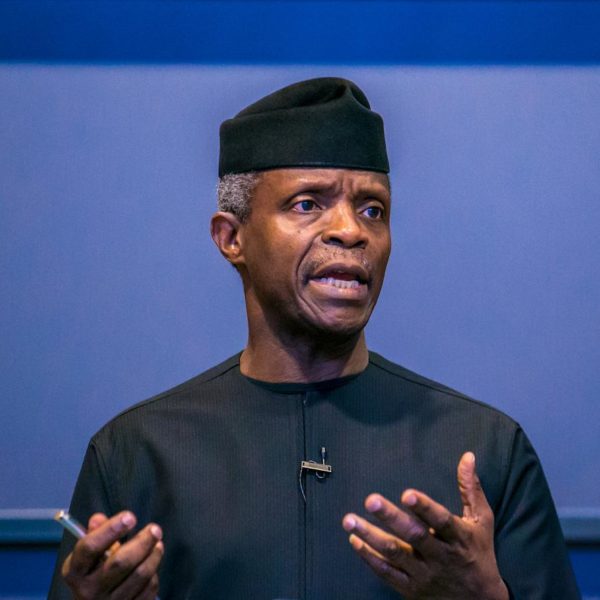 Speaking to journalists and social media influencers in Lagos State, Osinbajo said the appointments made by Buhari suggest that Christians, and not Muslims, have the upper hand in the administration.

The south-west has for itself critical appointments, Osinbajo said, including one minister handling Power, Works and Housing.

4 of 5 south-eastern states have senior ministers, Osinbajo continued, as opposed to 7 in the North which do not. He said:

Look at the cabinet, for example, from the point of view of religion, it has an equal number – 18 Christians, 18 Muslims; but, we have the Secretary to the Government of the Federation as well as the Head of Service who are Christians. So, we have 20 Christians to 18 Muslims; that’s the structure of the cabinet. So, if you take that narrative you may argue that perhaps the Christians have the upper hand; that’s a possible narrative.

The South-East, for example, has five states. Four of the south-eastern states have senior ministers; all of them, except one, who is Minister of State for Education.

The president has admitted that, yes there are situations where you can find certain things as true and he intends to have a look at that.  For example, you’ve given the example of security positions and he said he is going to take a look at look at it. I believe that is the way to go because you can run any narrative that will suit the figures you are showing. And that is where we have legal process. There are people who don’t know that the number of CEOs from Anambra State are more than the number of CEOs from Katsina State or anywhere else, except Ogun.