Mina Martins: How Discovering My Husband's Love Language Changed Everything 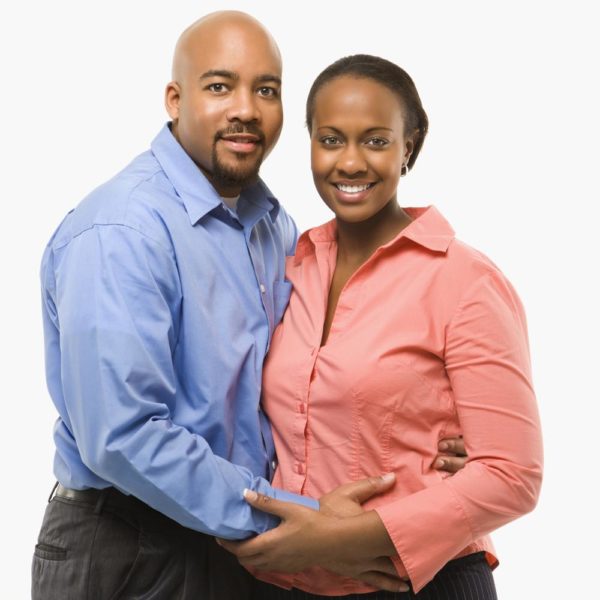 I am not one of those people obsessed with finding the next big ‘ultimate’ tip to saving your relationship. I believe that most of those books or speeches claiming to have the answer to all your relationship issues are probably lying to you  or just trying to sell you something. Even when I do come across something useful, I side-eye the heck out of it because I honestly believe that what works for one person will most likely not work for another.

So, when I came across the first article that mentioned the ‘five love languages,’ I simply just saw it as another gimmick. I read quite a few articles which kept referring to the phenomenon as a good way to get an insight into yourself and your relationship. I even came across a couple of quizzes that attempted to help you find your love language.

Gary Chapman, in his book titled, The 5 Love Languages, describes the five main ways couples give and receive love. Permit me to take a few minutes to give a brief explanation.

1. Physical Touch:
For those who value physical touch as a love language, they will only believe you love them if you put an effort into actually touching them. Kisses, hugs, hand-holding, sex and so on are the important ingredients in their relationship.Distancing yourself physically can make them feel unloved.

2. Gifts:
These are the people who respond well to thoughtful gifts. They feel loved when they know you put so much effort into presenting them with the things they love. Forgetting or not giving them something special for their birthdays, valentines, etc, is their turn off.

3. Words of Affirmation:
For this group, they require words of encouragement, positivity and praises for them to feel loved. Criticising them will leave them completely heartbroken.

4. Art of Service:
These people feel the love when you do things for them. They will appreciate things like fixing the light bulb, going on errands for them and so on. They are quick to feel unloved if you flake on helping them out when they need it.

5. Quality Time:
Those who consider quality time as their love language will feel more content in their relationship if their partner spends time with them. Blowing them off or spending time with other people (friends, colleagues) at their expense will make them feel unloved.

Sure, a person could have more than one love language, but there is usually a primary one.

For a while, in my marriage, I was absolutely certain that my husband was not a romantic. I was to eventually figure out that while I respond well to Words of Affirmation, my husband’s love language was Physical Touch. I have never been a touchy-feely kind of person, so I naturally stiffen whenever he tried to give me a random hug or hold my hands in public. He tried to do these things believing he was showing me love, but I still found myself feeling unhappy because he does not say encouraging words as often as I would like.

One day, during a random conversation in the evening, we were talking about a mutual friend who chose to raise a baby alone after her boyfriend left her while she was pregnant. He expressed how brave and amazing he thought she was. Something clicked in my head and I lashed out saying he never used such words to describe me. I went ahead and asked me to tell me the last time he said I was beautiful or strong or amazing. It soon became an argument. He responded that it was because he thinks I am beautiful that he likes holding my hands or hugging me in public, but I recoil like I was not attracted to him. We did not actually figure it out during the argument, it was much later that I realized that we were fighting because we were two people speaking different languages.

It was some time after that I found out about the love languages. It was truly an eye opener for me. I came home from work and my husband and I read it. We discussed the idea and eventually recognised what was important to us and communicated about it.

Sure, I never suddenly became a touchy-feely person, but I did make accommodation for his needs. I also try to give him those random hugs or hold his hands so he feel loved. And I have noticed that he puts in a lot of effort when it comes to encouraging and motivating me.

We could both have gone years with him feeling like I was not attracted to him and me feeling like he does not value me, but learning what we respond to does makes things so much easier.

Now whenever he randomly tells me he thinks I am an amazing mother and wife, or when I grab and kiss him for no apparent reason, we both feel happy, content and loved.

Tajé Prest: Too Big to Find a Husband? “Nigerians, STOP BODY SHAMING!” It isn’t Your Business Nor is it Your Place

Mina is the writer alter-ego of a very introverted woman filled with dreams of changing the world. She is a wife, mother and cupcake lover. She can be reached via Email: [email protected]