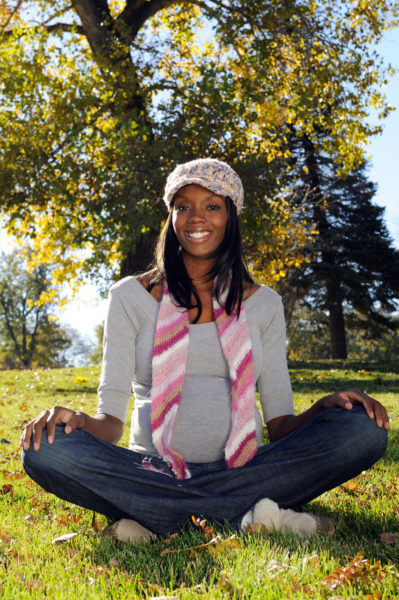 I attended a Catholic boarding school. One of the mantra of our school was live and let live; and in celebration of that, we had film students that visited our school. They screened films on forgiveness, love, abstinence and the most gruelling of them all were films on abortion.

We had to sit through and watch how the foetus was mutilated and flushed out. It was a plea to our conscience. It was an all-girls boarding school and to our principal, a Reverend Sister, it was important to educate us on abstinence. Through those videos we also learnt, “you shouldn’t get pregnant, until you are married’. That way, we won’t be in a position where we would have to be considering abortion.

Every term, we watched videos of incidents of abortions. We watched how young ladies went the extra mile to get rid of a pregnancy. There was politics in showing us these videos; they played them just before our vacation. They enjoyed moments when the images on the screen made us shiver with fear or gasp with disgust. Sometimes we even cried. These videos were played just before vacation, just so that the images would remain alive in our minds, so that we didn’t even dare. It was clear that abortion was murder, at least from the videos and backed up with the bible verse Exodus 20 v 13 which says, “Thou Shall Not Kill”, we were afraid of being murderers and so we obeyed.
Once we left the hall, the mood in school was always meditative. Nobody spoke too loud, we only whispered. There was no wild laughter, we felt guilty for smiling.

I got into the university almost immediately after graduation from Secondary school and that was more of a liberal world. I heard many more stories there. I met people who were ready to share their abortion stories, some of them felt guilty and others nothing at all.

It is said that for a foetus to be considered a human being, it must have been born alive and separated from the umbilical cord and should breathe its own breath, even if it is for a second. It is not a baby yet but it is heading towards being a baby. So choosing to abort is like putting a pot of water on the stove and removing it because it is not hot yet. If you didn’t want it to be hot, you wouldn’t put it there.

As I try to understand life better, I have read more and given almost everything space for a deeper understanding. I am understanding life a little bit away from the boarding house, I still feel that if you cannot abstain then at least don’t get pregnant.
Our principal would always remind us of the double sin of engaging in premarital sex and then getting an abortion. I have made the decision not to engage in things I know I cannot manage but as I get older, I have also learnt not to judge people for the decisions they make concerning their lives.

I used to compare people that aborted to murderers and I was not conscious of the fact that we are all sinners.

I felt bad thinking about abortion until the rescue of some of the kidnapped girls that returned pregnant. Stories like that of Ese Oruru; and if you are a radio fanatic like me, all those random stories of incest between fathers and daughters, brothers and sisters.
Sometimes I doubt these stories but I have come to understand that these are real life stories being shared. I remember listening to a story of a seventeen year old girl that sent a radio anchor a message. She was impregnated by her father, while her mother was away and she needed advice – to keep the pregnancy or get rid of it. The callers were angry, rightly so. They shared their view but at the end of it all, they said, “don’t abort, abortion is a sin”. For the first time I wanted to call in and more surprisingly, I wanted to advise her to go ahead and abort the child if she wants to.
It was painful to think of the family cycle that was going on there, her father becomes the grandfather and father of the child and her mother becomes the step-mother and grandmother to the child. And what about the girl? She becomes the mother and the sister of the child. She has to deal with stigmatisation from our very judgemental society and worse, she has a duty of explaining to the child, how he came to be.

It was too painful to think of it and the only thing I could think of is, abort it and forget it. Unfortunately, it is not that easy. Listening to such stories has changed my perception on abortion. I still believe in abstinence, but I believe that it is not ours, to make decisions for others or chastise them based on their decisions. We can’t tell people how to live, we can try to influence them but we must let them make their decisions on life and its challenges.

When abortion was invented, it was for women who conceived through rape, incest or who suffered from genetic disorders. We have to think of the so many unwanted kids on the street, too many children that don’t have where to call home.
These children need care and unfortunately, there are not too many people to give this care.

Being Pro-choice does not mean that I agree with abortion and would think about it myself. I just believe that those that suffer as a result of trampled rights; they should be able to make those choices for themselves without them being condemned to hell and all the fire in there. Nobody should be mandated to bring in a child they cannot give enough emotional, physical and financial care to. If it is a sin, it is their sin.

The world is difficult enough. We shouldn’t bring in children that lack care and allow them grow with anger and become poisonous to the world because they have lacked love.

Let’s make the world free enough to breathe and let others breathe.

Want to know the Secret to Bishop David Oyedepo’s Success? Watch this Short Documentary about his Life on BN TV