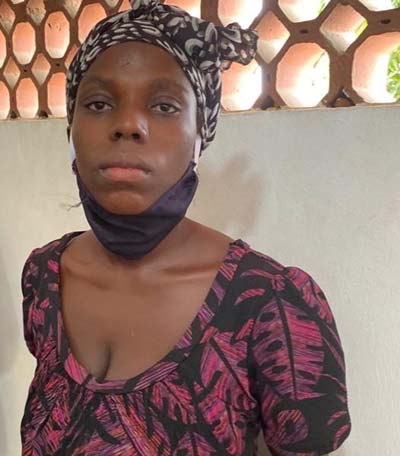 You’ve probably read about it already: the 22-year-old woman who has been arrested for allegedly drowning her baby in a bucket of water.

According to Punch, this took place in Ipaja, Lagos, with the woman writing a note to her sister about why she drowned the baby.

What’s especially harrowing is her explanation on why she carried out the crime she’s confessed to:

The reason for the drastic decision is lack of financial help. I was tired and ashamed. When I gained admission to study law at the Obafemi Awolowo University, Ile-Ife, Osun State, I got pregnant and deferred my admission, which I later lost.

So killing my baby and losing my admission have a connection. I felt I would be free if I kill her and would be able to go anywhere I like and no one would disturb me that I had a daughter outside wedlock.

She explained that the father of the baby, a guy she took JAMB lessons with, refused the pregnancy, and her father counselled her against an abortion.

With the story spreading through Twitter, folks have been discussing the importance of contraceptives and safe abortions.

It’s a difficult conversation, especially in light of what has happened—a child losing her life, murdered by a mother whose life as she knows it has also ended. But it’s also a very important conversation.

If we had family planning clinics and abortion wasn’t viewed as evil, all this would have been averted.

Legalise abortions, if not for anything, but to save the lives of women that would die from unsafe abortions if you don't.

Nigeria is a secular state after all, let's stop bringing 'morals' and religious nothings into governance.

Give every female a CHOICE!

Before any religious people come and fight me. If she had access to safe birth control or abortion clinics in Uni would this have happened? We are not helping any woman in this society that has to cater for 5.34 children with poverty everywhere.

Abortion needs to be legalized and men need to take care of their kids.
Whether we like it or not, it’s not everybody that will want an abortion even if it’s legalized.
Abortion or not, the child should be taken care of.

This is why abortion has to be legalized in the country. This lady wasn’t given a choice, now she’s become a murderer.

Learn these 12 Facts about Ibrahim Gambari, the Newly Appointed Chief of Staff to the President

Coronavirus: Here’s an Update on the Situation of Things in Nigeria