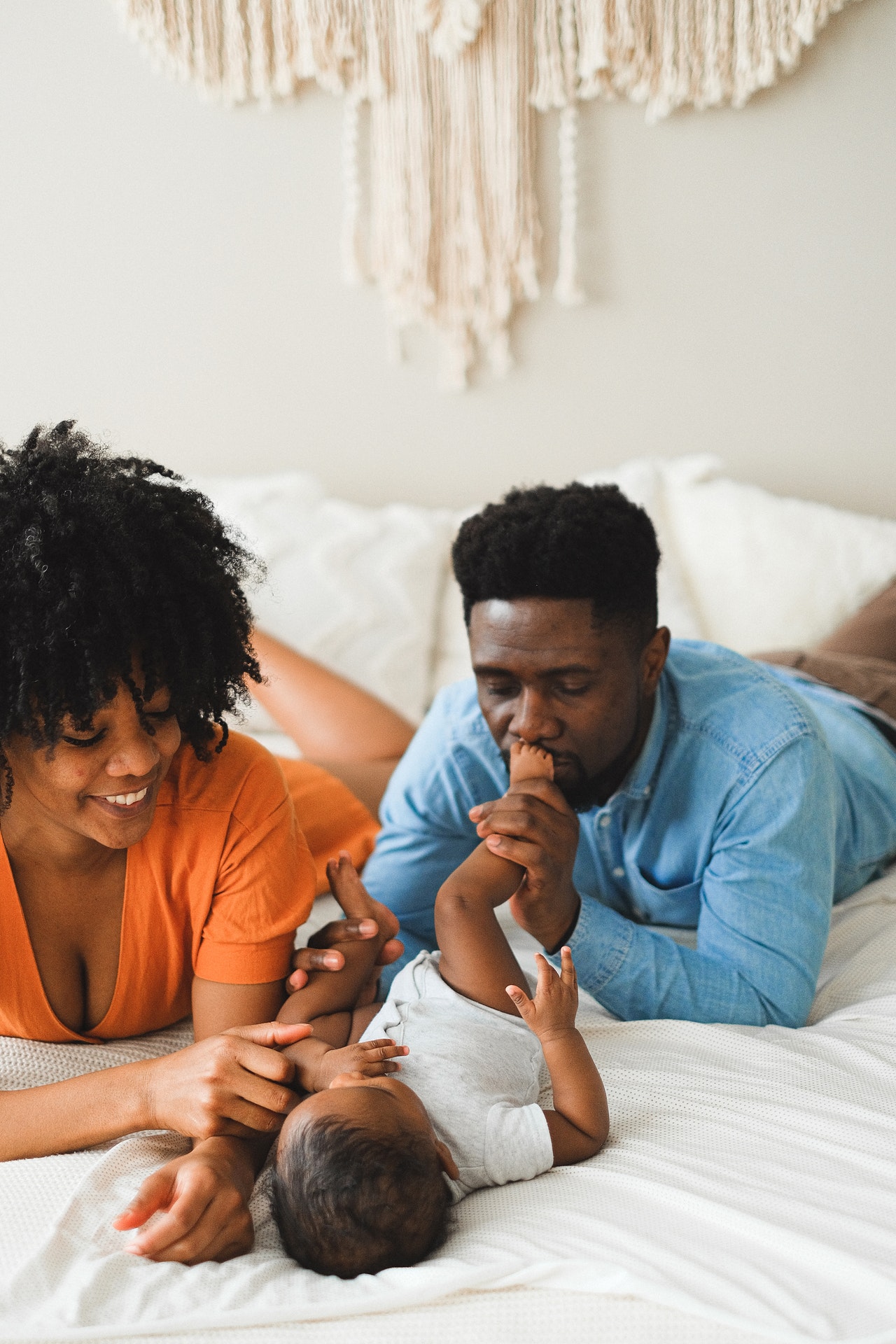 A couple of weeks back, I paid a visit to my brother and his family. He asked when I was going to get married. I’ve always known him not to be the invasive one, so this question came as quite a shocker. Then he laughed and said, “See life”.

My brother, Niyi, reminded me of how I used to hassle him about his love life, and how it was one thing after the other: get a girlfriend! Get married! Give me a niece! Thankfully, they did all of those.

“Now you know how it feels,” he said with a satisfied smile.

The conversation did give me a lot to think about. But this conversation was not supposed to be about me in the first place, so in a bid to avoid the uncomfortable talk about getting married, I decided to continue in my manner of prying. So I asked, “When are you guys going to have another baby, it’s been 3 years already?”

My sister-in-law burst out laughing. Her laughter gave all the answers I needed: “I am not going to have another child, no way!”

I asked what if it just happens. I mean, look at me, I came 7 years after my immediate elder brother. My father says it this way: “You just happened, unplanned for.” What a way to describe a child you love.

“But what if you ‘mistakenly’ get pregnant?”

No way! My sister-in-law ran me through different types of contraceptives:

9 out of these 9 options apply to women and only 2 for men. The woman has a wide range of options that are difficult largely because of the process or the result of it. Frankly speaking, I came to realise that a vast majority of women have to go through difficult processes. The easy options have side effects, majorly weight gain and hormonal imbalance.

She went on and on about all the options so I asked, “What if I don’t want any of these?” I don’t like pills, I don’t want anything in my body, and I don’t want to be cut open for whatever reason. Can’t something be done to/for the men? What are men’s options? How many percent of men in Nigeria, Africa, and the world at large make use of these options?

Quite frankly, by their biological composition and nature’s dictates, women go through a lot. From periods to carrying the pregnancy, bearing the pain that comes with childbirth and child-raising, having to breastfeed while facing postpartum challenges, and eventually, menopause.

This led to another discussion: Can men stick to family planning methods as much as women, and what are their options?

Condoms! Some men have said it is generally uncomfortable to have sex with their wives with a condom. It just does not feel right. Medically speaking, condoms are not even 100% reliable so there is a need for a more viable option.

The other option is a vasectomy. A vasectomy is a surgical procedure for male sterilisation or permanent contraception. About three months after this surgery, the man will no longer be able to impregnate a woman. Scientists say that this process is almost 100% effective. This has its side effects but is generally safe if the process is properly done. Although this process is reversible, it is said to be more complex than the initial process itself.

Men should be more involved in family planning methods than they already are. I mean, a man can impregnate at least 4 women in a day and he probably can do that every day but a woman can not get pregnant and bear children every day.

I was super proud of my brother when he mentioned that he was going to start the process when they decide on whether or not they wanted another child.

For me, it didn’t end there. I randomly put a call through to 5 of my male friends.

Solamipe: “Is it safe? What are the risks involved? Well, if I will not die, why not, I will do it.”.

Emmanuel: “My wife has gone through a lot already birthing the babies, I really wouldn’t mind having a vasectomy.”

Juwon: “What if we lose one of our children and want another?”

Declan said he won’t mind having it.

I took another mini-survey to see their decision if given an alternative to vasectomy, but I put a rather mischievous condition to it: that they would gain weight in strange places. You can guess their response. Ha ha.

At the end of the discussion, this is what I came up with: the real issue is the thought that the woman has sole responsibility in ensuring that she does not get pregnant, but it takes two to tango. Yes, there are risks involved when a man undergoes vasectomy, but do you care enough to think about your wife, and the many effects that come with her use of contraceptives.

After all your wife has been through, can you catch a surgical knife for your wife? How about we make contraceptives all-inclusive? Doctors and health practitioners, can we have more family-planning options for men?

Dear about-to-be-married and newly married folks, I think you should add this to your discussion today.