Lilian Afegbai is sharing Her Thoughts on the "Tattoo Saga" 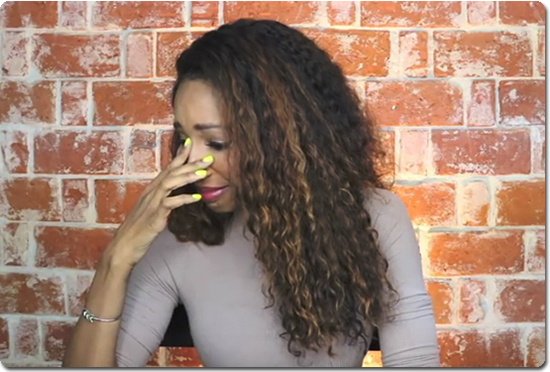 A year ago popular gossip blogger Necole Bitchie announced that she was ending her gossip website to find a higher purpose which a lot of people related to.

The gossip site, mainly focused on African-American celebs and stars, started in 2008 and its owner Necole Kane, went on to win many awards and accolades for it – she appeared in Cosmopolitan, BET, etc. In her final blog post on the site, titled “It’s Time For Me to Move On”, Necole inspired a lot of people as she let the world know that money and fame aren’t everything and that it is never too late to get things right in life.

On Wednesday, she posted a deeply personal vlog on her YouTube page to share the truth about her transition since she left such a successful brand.

Over the past year, I’ve seen many people comment to me that my life is #goals. That my rebrand was flawless and I’ve been looked at as though I have the golden touch. That is far from the truth. It was a complete struggle to get to the happy place I’m currently in.

In a world that rewards pretending and is obsessed with showing only the highlight reel versus the deleted scenes, I felt it would be a disservice to the people who follow me and believe in me if I didn’t tell the truth about my transition from the celebrity gossip blog NecoleBitchie.com, to eventually launching a new site xoNecole.com. I felt the new site was a better representation of the woman I’ve evolved into, and would solely be focused on empowering stories from young women of color.

It’s been rough, but I’m still here pushing through. And I’ve made so many mistakes and learned so many lessons along the way that I wanted to share with you.

To aspiring entrepreneurs: comparison is evil. It creates fear, self-doubt and can drive you off the path to success. Also, Never forget your “why.” Why you do what you do is far important than what you actually do and it’s what will keep you pushing through the hard times. It’s a reminder of your purpose.

This is my life reset.

Thank you guys so much for your support.

Watch the vlog below.