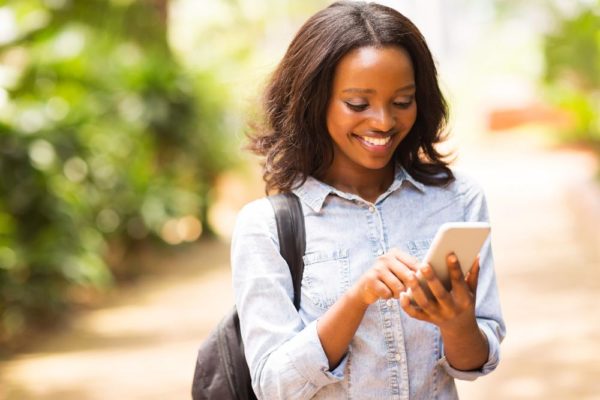 Cell phones have just made life easier. Human relationships are built on communication. Remember no man is an island, shikena? The introduction of cell phones has bridged the gap of distance.  Many relationships have been saved because of cell phones. Two or more people can communicate no matter their location. You can get through a loved one, a colleague and business associates with one dial.

Adversely many relationships have been lost too with the advent of cell phones. Dubious people use them to dupe unsuspecting victims. Some people lose their dignity and engage in cell phone theft.  People who are specialist in voice talents can falsify their voices and play pranks on who they want to. No matter the disadvantages of cell phones, the beauty of it is in its purpose- Communication.

Sometime ago, inside a bus, a man was receiving a call. Apparently, he was supposed to meet with the person. The bus was actually heading to Iyanaipaja and we were somewhere in Igando but when he was asked where he was, he lied that he was in Egbeda already.

Cell phone makes people tell solid lies. Bae deceives boo that she is in the living room whereas she is the toilet releasing bombshells. Employee can lie to the boss that they are not feeling fine whereas they went somewhere else. Remember NoMoreLoss’s(of blessed memory), Iyawo asiko song. The lady in question used to lie that she travelled a lot. Sometimes she is in Calabar and other times in Sokoto. He eventually caught her red-handed when he paid her surprise visit. He called to let her know that he was by window after she had lied that she was somewhere else. The consequence of her lies was left to our imagination.

Statistics show that the average Nigerian has a phone. These days even primary school students possess phones. During my days, there was nothing like cell phones. We could not even use phone in secondary school and had to struggle in university till my second year. As an undergraduate, I was amazed that one of my lecturers refused to get a cell phone. I never understood the reason for his decision. I just assumed that he was “old school”. It was really bad that even his colleagues decided to buy him a cell phone since he vehemently refused to get one. Rewinding to the time I just got admission, I did not have any cell phone. It was embarrassing as all my roommates and classmates had phones. If I wanted to make calls, I had to go to a call center and if anybody wanted to reach me particularly my family it was through my roommate’s number.

Then I felt ashamed when asked for my mobile number and going through the explanation that I did not have any. Some believed, but wondered why I was not cell phone compliant; others thought I was being snobbish. Finally, by the time I got to 200 hundred level, I got a phone –  like play, like play.  I think it was a Nokia 3310. Apparently, I wanted to get a cell phone at all cost to ”belong”. It was no more the problem of being ”cell phone less” rather it was how to maintain and load my phone regularly.

I had gotten over the need to have a cell phone. As time went on, another need began to rise. It was the lust for a posh phone –  specifically one with camera features. I became tired of the traditional use of phone to text and just call. With the invention of smart phones, people use their phones to subscribe to different social media such as Facebook, Twitter, Instagram, Snapchat and the likes.

The other side of these inventions are the deceit and abuse of time. You know now….cell phones are not only for calling. People use their cell phones to transfer money… what we term ‘mobile banking.’ Some people have stopped going to church with their Bibles because they have Bible app on their phones. Cell phones are doing the work of machines sha!

Cell phones have brought about funny stories. I did not know what to believe when news circulated about a killer number. A friend sent a broadcast with a strict warning to refrain from picking a mysterious call from a mysterious number. Failure to adhere to the instruction would result to instant death. The message even went as far as mentioning that those who were skeptical had fallen victims and lost their precious lives. Do you know many people bought the story myself inclusive? After all nobody wan die. Ironically,we all want to go to heaven, but death is not part of our script.

She Leads Africa: 6 Negotiation Mistakes People Make & How to Avoid Them

Promise Excel: Keeping Your Job While Building a Successful Business