Akudo Abengowe-Adebayo: Will You Really Make It By Faking It? 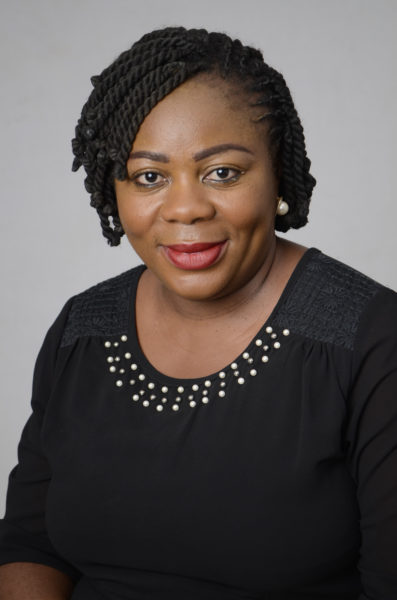 The Urban dictionary describes a fake person as, someone who is not genuine and will do whatever it takes to make him/herself look good. He/she will take credit for other’s work or down play the good of others to illuminate him/herself. We have all faked it at one time or the other in our lives. Trust me there are situations that would warrant you faking, but it becomes a problem when you imbibe it as a lifestyle.

Of course, my submission can be argued and won, because a lot of people in Lagos and Abuja are making a hell of a living just by being fake. It works for them.

I have been in situations where I honestly wished I could fake it, at least to achieve my aim. Alas, faking does not come naturally to me, so anyone around me at that time will obviously notice that I am trying to be fake. I realized that faking it is not one of my callings.

One such time that I regretted not being able to fake it was when I came to Lagos after Uni. You see, I had been presenting a youth entertainment program on NTA Enugu, as an undergraduate and having majored in broadcasting, I naturally gravitated towards a TV career. So armed with my recorded tapes from NTA, I walked into one of the still existing private owned TV outlet.

I was so confident that I would get the job because I had proof that I had some TV experience from the prestigious NTA. So after speaking English and stating my mission at the reception, I was ushered into the office of the programs manager, a Mr Michael and the conversation went thus…..

“Hello young lady, so I was told you want a career in our establishment?”

“Of course sir. I majored in broadcasting, and I also presented a youth entertainment program on NTA as an undergraduate and I have my tapes as proof sir”. He smiled and collected the tapes from me and asked me to come back the next day so he could watch some of them and give me a feedback.

I left that day excited that I had already clinched the job. I was already planning how I would make a difference with my style of presenting etc., ‘That would be a nice story if I get this job just two weeks after NYSC’ I mused to myself.

The next day, I rushed as fast as I could to the TV house and was ushered in to see Mr Michael.

“You see Miss Abengowe” he started after I had settled down with a big smile waiting for the good news. “I think you are a great presenter, you know how to get the right answers from your guests etc. but there is something missing” he said

“What is missing sir?” I asked slowly.

He cleared his throat. “I have no doubt that you would be a good asset to our establishment, but we look out for pretty young girls with foreign accents, especially American or British”

“Sir are you saying you can’t give me the job because I don’t speak phonetics?” I asked him directly, my head had started spinning.

“No don’t put it that way. It’s just that we have a target audience and our in-house style is that our presenters or broadcasters should be able to speak with an American or British accent that is our optimum criteria and unfortunately, you don’t meet up to that standard”

It’s pitiful to say that till date, that TV station and so many other media platforms still imbibe such culture of picking or hiring people with either foreign accents or foreign certificates.

Sometimes, these returnees or fakes don’t even have the necessary certification or skills for the job but are hired just because of these extras. In most cases they end up earning hire than the colleagues who have local certificates. I remember how I would joke with my colleague in my former workplace that we (myself and her) were local staff, and couldn’t expect to earn what the other unqualified international staff were earning. Those jokes used to piss her off, but it was the reality.

I have seen it all, having worked in Lekki Lagos for so many years, I can clearly tell you that there is an accent style called Lekki British. It’s a combination of all foreign accents, spoken just to get attention. That is not to say that some accents are not real, of course they are those who have lived their lives outside the shores of Nigeria and even Africa, and have been naturally influenced by the culture and language of their resident countries. And I greatly admire them, but if you haven’t been influenced by the accents you have been exposed to, why fake it?

I remember standing open-mouthed in shock at an event four years back, when I saw two very popular Nollywood female actors eating puff puff and Samosa with fork and knife. Jeez, fork and knife! Other guests at the event starred at them, I was embarrassed for their sakes but they didn’t care, obviously in their minds they were faking it up.

I used to have a colleague who was determined to live in Lekki, even though she clearly couldn’t afford it. She would be the first to tell you what was happening on the island, so everyone around will know that she is a ‘Lekki big girl’. Injury time is whenever her rent is due. She would become moody, quarrelsome, and panicky because of the huge amount of money she has to pay and which she clearly didn’t have.

The result was to indulge in all manner of things, just to get enough cash to offset her rent. I marvelled at the folly in that.

“Must you live in Lekki?! I asked her one day. She gave me a look that could send a sick man to his untimely grave. I learnt to mind my business and avoid her usual lamentations whenever she needed to renew her rent, because I couldn’t understand why she would subject herself to such psychological torture just to belong to the ‘Lekki Big Babes Club’. There are better ways to live life without the unnecessary hassles.

The worst platform for faking it is the social media. People would take pictures beside cars that are not theirs, houses that they don’t live in, clothes that they borrowed, events that they gate-crashed  etc. It’s amazing the lies that we present as truths on social media.

I pray we realise very quickly that the value of time spent on it, could actually be put to good use in achieving the lifestyle we desire, which will be our reality.

The Journey to ‘I Am’ with Tolu Falode: Forgive Him… Find You