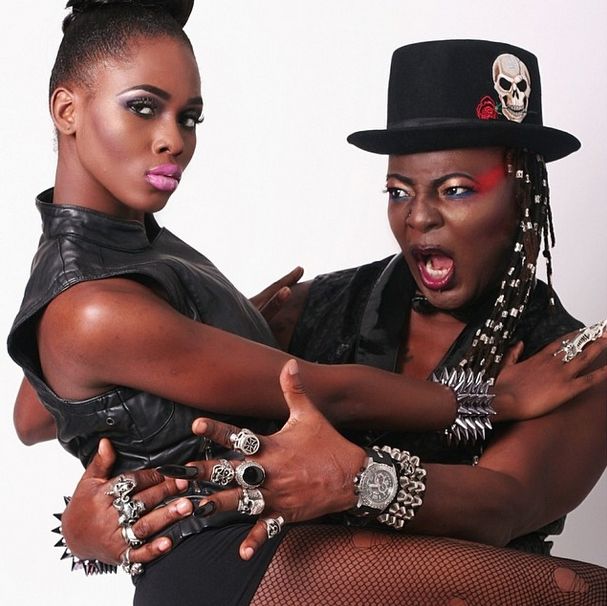 I was lounging in my sitting room on this lazy Saturday morning when my cousin breezed in with this beautiful damsel, his new girlfriend. After formally introducing her, I couldn’t help but notice her statistics, very impressive I must say.

My cousin is a certified player; only 33yrs old but I swear, e don do pass me. When I was in the world, Kai, did I have my fill of very beautiful women: when men were men, no be now wey we dey go night vigil before we can get a hard-on. Who say old age na good thing.

Yea, I know what you’re thinking….

Men are often thought of as visual creatures. You can’t blame us for being superficial when it’s hardwired into our brains, can you? That’s what we say, at least, as a defense, because most of us are defenseless when faced with an incredibly beautiful woman; but as old solider concerned, I have A1 in holding body, wetin Oyinbo people call discipline.

Back to my cousin, his babe excused herself at some point to use the washroom, as I fired the first shot by congratulating him on a very beautiful catch, come and see heavy complaints, he started telling me all that was wrong with his girl. Haba, they have only dated for just three months! “Uncle Charly, she is only a fine face o, she can’t cook, she can’t f..k, all she’s good for is this kinda comment I get every time and everywhere I go with her but na dat one I go chop? In fact, I’m not sure I will be with her for long”, he murmured bitterly.

What do I say to all of that?

I have learnt from experience that out of the hundreds of very beautiful and pretty women I dated when I was in the world, most of them really were nothing to write home about when it came to ‘bedmatics’. My cousin’s statement therefore was only reaffirming what I have known all along. I know this is a theory many guys would love to argue out with me, but, hey, it’s just my personal opinion. Most pretty faces out there are not great lovers at all.

You see, the world does a great job of constantly reminding pretty, beautiful, fine women how hot they are. Yes, she’s heard it before. She’s probably been hearing it continuously since she was 12 years old and this can have a number of effects on a woman. A particular effect is that she might have an inflated ego, thinking she’s all of that, hence no need for her to make extra effort at being proficient in the bedroom department. So so wrong. She may not realize it until she’s way into a relationship, but there’s no mistaking someone who is totally certain she’s got everyone around her sucking up to her including you.

As a result, some of them become lazy, uninteresting f…k. Yes o.

I also understand that some of them hold back a lot by being inexpressive so that some of us don’t think that they are ashawo’s. For some others, they were raised to feel its loose behaviour and taboo for them to even WANT sex, let alone ENJOY it. It’s no wonder they just lay there.

So ladies, it’s time to find out from your man if you meet all the bedroom requirement, especially if he knows what he is doing too. Even if you’re not a rock star in bed, work it out with your man so you both can find each other’s G-Spot.

Hopefully guys, when you finally get a chick who is a killer in bed, please don’t get stuck like so many other guys do, being haunted by how many people have watered her garden; just kick back and enjoy it and don’t get caught up on wondering how or where she learned the skills from.

And for women, find men who can enjoy sex with you without being intimidated or overwhelmed by a woman who knows what she’s doing.

Sex and sexuality is a serious matter.

It doesn’t matter who chooses to be on top or under, whatever you do, just be on top of your game, make memorable screws, ones that leave your man thoroughly pleasured all the time; no just be fine girl with no action.

Related Topics:Charly Boy
Up Next

Hilary Says: The Dangers of Using Milk of Magnesia as a Primer