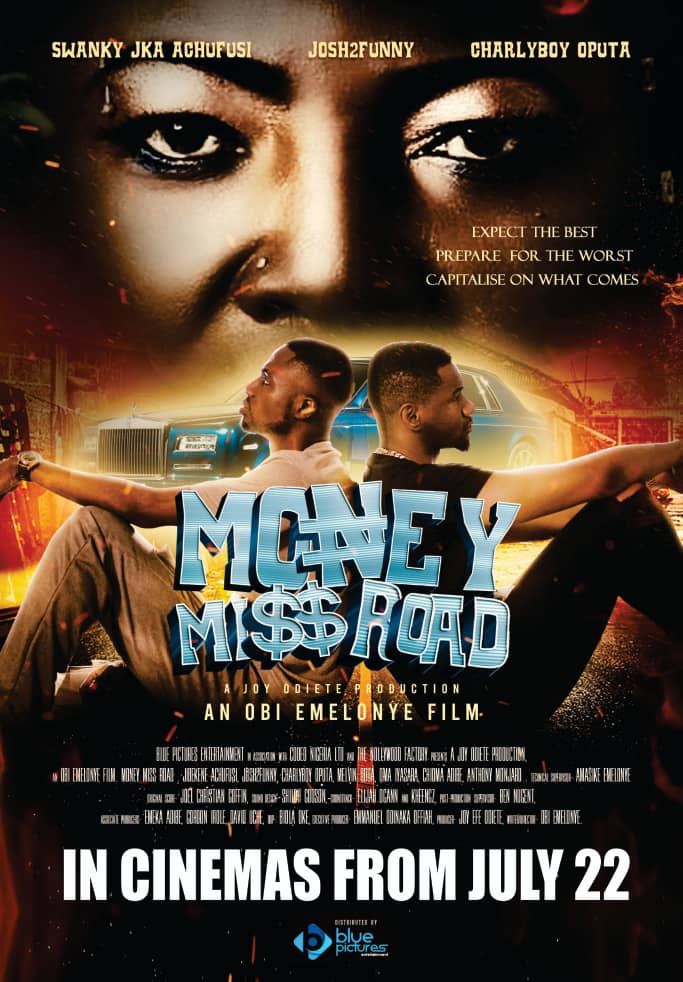 “Money Miss Road,” Obi Emelonye‘s latest action-comedy, is heading to the big screens this July. The thrilling new film produced by Joy Odiete will launch in theatres on July 22.

When Josiah’s wife, Lucy (Oma Iyasara) arrives without notice and with their three daughters, Joseph (Achufusi) checks into a local hotel. But, a mix-up lands him in a room belonging to Diokpa (Charly Boy), a local criminal Lord.

What Joseph finds in Diokpa’s room changes his life and that of his friend Josiah (Josh2Funny), thus sparking a game of cat and mouse with Diokpa tracing the two Joes to Lagos where they have become the biggest boys in town.

Speaking on what inspired the story, the veteran filmmaker said he had always hoped to bring more comic characters to life following his comedy film Onye Ozi. “After a few years of biopics, dramas and the likes, I thought it was time to work on an action-packed comedy with memorable characters,” he said.