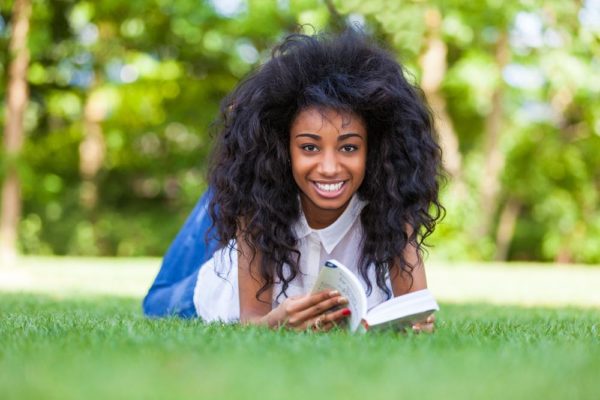 Three years ago, I wrote an article for BellaNaija titled “When last did you read Nigerian”? In that piece, I tried to address two pressing issues confronting the Nigerian literati space: (1) the seemingly restrictive genre of writing by Nigerian authors; and (2) the market space for literary works in Nigeria. On the first issue, I delved into the “traditional” nature of writing by Nigerian authors and how that may have been responsible for the popularly acclaimed “non-reading culture of Nigerians”. In the aforementioned article, I talked about how as a student, I hated works of literature recommended in school. I only read them because I would have to write exams on them. In contrast, I was introduced to “non-school” literatures written by foreign authors like James Hadley Chase and Mario Puzo and I loved their books. I noticed that, I was not the only one who hated “school literature” and liked foreign books – my peers did too. The foregoing realisation added impetus to the poser that, perhaps, the question truly isn’t about if Nigerian millennials read, but what they love to read.

To further buttress the above point, let me share an experience. Earlier this year, I made a resolution to read a lot of books before the year ran out, especially books by Nigerian authors. I was inspired to do this after stumbling on a tweet from Zaynab Quadri wherein she stated that, she would be reading books from 54 countries in Africa this year. People who know me, know that, I have a thing for buying books. I love buying books. The problem is, I don’t get to read them as much as I should. I just buy them and stack them in my shelf. If I eventually get to read them, I could spend quite some time doing that. I could take a month, two months or even three months to finish reading one book. All the books by Nigerian authors I have read this year, took some time. However, I had a different experience when I got hold of Tunde Leye’s Guardians of the Seal. I read Guardians of the Seal in less than seven hours, although I spread these seven hours into two days given the volume of work I had at the office.

If I had stumbled on Guardians of the Seal in a bookshop without having prior knowledge of who the author was, I would have thought it was written by a foreigner. The first thing about the book that caught my attention was its cover. It is so beautifully designed that, fans of the popular TV series, Games of Thrones could mistake the book for a sequel to the TV series. Yep. It had those magical symbols imprinted on it. More fascinating than the book cover, is the plot and genre of the book. Guardians of the Seal is classified as a fantasy work, but reading it, I could not help but see other genres of literature fused into it. Genres like sci-fi, horror and mystery. It explores a plot which is akin to re-telling historical accounts of the beginning of creation and the ultimate futuristic end of the world. In the book, I was introduced to the fictional world of angels, demons, fiends, monsters, dragons, swords, charmed ornamental articles, portals into spiritual realms etc. It was more like watching a Hollywood blockbuster than reading a book by a Nigerian author.

Of course, there are some flaws in Guardians of the Seal, some of which I intend querying the author when the book is officially launched on September 25, 2016, at Four Points by Sheraton Hotel, Oniru. I was fortunate to get this piece of information when I attended the recent literary event, Grill and Read at Yaba, Lagos. One flaw I noticed in the book is a few typographical errors here and there. Well, the author could be forgiven for this, given that, Guardians of the Seal was self-published. If this book had been published by big publishing outfits like Farafina or Quramo, then I would have ripped into the author for the littlest grammatical error.

This aspect of Guardians of the Seal being self-published is one I would love to address in a different article. I do not understand why our indigenous publishing houses don’t publish books with fantasy, sci-fi, gothic etc themes. My experience with Guardians of the Seal got me asking myself some pertinent questions: Why don’t Nigerian authors explore genres like sci-fi, gothic, fantasy etc? Why don’t big indigenous publishing houses publish books with such themes? Why don’t we have literary awards for books with such themes in Nigeria?

My friend once opined that, indigenous publishing houses will not take a chance with writers of such themes because African literature has not got to that level yet. Our indigenous publishing outfits would rather stick with “academic” or “traditional” writers, than take a gamble with the so-called “contemporary” or “commercial” writers. I would have loved to have a counter-opinion to that of my friend, but when I look around, there seems to be an iota of truth in that line of opinion. But then again, I can recall that, Nnedi Okoroafor, a Nigerian writer who specialises in fantasy and science fictions, won the Wole Soyinka Prize for Literature in Africa for her fantasy work, Zahrah the Windseeker. Well, it could be argued that, Ms. Okoroafor is an exception to the rule. In any case, her book was published by Houghton Mifflin Harcourt, a publishing outfit in the United States.