When Last Did You Read Nigerian? 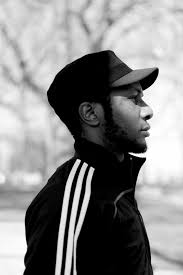 When I was in secondary school, I was a huge fan of literature but some works left me highly depressed and alienated. Enter Shakespeare’s Macbeth and Merchant of Venice. I did all I could to avoid classes where we read those books.

On the flip side, books by Nigerian authors were relatively tolerable given that I could understand the English. But I must confess; they bored me as well. The plots were rather too “traditional” and “conservative” for my liking. I nevertheless read them, not because I wanted to, but because I had to write exams on them.

Then one day, I saw a friend reading a James Hadley Chase’ book, The vulture is a patient bird. I borrowed it and it was quite a revelation. It was fast-paced, full of action and interesting. It was a sharp contrast from the kind of books I read in school. I also discovered I could purchase more Hadley Chase’ works because they were quite cheaper than the books I read in school. So I saved my lunchtime stipends and purchased JHC’s works.

One day while I went to get a JHC’s book at the bookshop, I stumbled on John Grisham’s A Time To Kill so I purchased it instead. I read it, I loved it and John Grisham became my next favorite author. Thereafter, I was exposed to another foreign author by a friend who wanted to borrow my John Grisham’s A time to Kill. He gave his Mario Puzo’s The Godfather in exchange. I read it and I loved it.

As I grew older, I discovered that my love – and that of my contemporaries – for foreign authors increased by the day. We became friends through their works. Their books were cheaper and easier to access than those by Nigerian authors; they could easily be purchased in the streets and the stories were what we wanted to read – fast paced, full of action and intriguing. Sadly enough, this weren’t/aren’t the type of books written by Nigerian authors…

I don’t want to believe we don’t have Nigerian writers with particular interest in legal/crime thrillers, detective stories, horror-cum-supernatural genus, paranormal/gothic works etc. I think the problem lies with the platform to express themselves. Traditional publishers in Nigeria just don’t accept such works. This leaves writers with such inclination…our only option is indigenous publishing.

Indigenous publishing in Nigeria, with all its advantages is still a relatively new venture. Should a writer self-publish on his blog/site or use book publishers like Amazon, Barnes & Noble or Okadabooks?

As Suw Charman-Anderson of Forbes puts it, “Amazon has created its dominant position by providing customers with what they want: (almost) any book, at a ridiculously low price, delivered rapidly. The deep discounting that Amazon is able to support attracts buyers who sense a bargain and is often quoted as the reason, along with the Kindle, that it dominates the book e-tailing market. However, Amazon has problems and they are not trivial.”

In my humble opinion, I think Barnes & Noble suffers same fate as Amazon. While I don’t totally align with Suw Charman-Anderson’s observations about Amazon, my reservations about the publishing giant aren’t completely different. For one, most Nigerian writers residing in Nigeria find using such service a bit complex; Amazon’s terms and conditions are constantly on the increase every year; there are reports of problems with their book reviews, their prices are strictly regulated (something some authors frown at as they want to be able to fix their own prices) etc.

Okadabooks on the other hand is an indigenous ebook publishing-cum-reading platform/app. An author who wants to sell his book uploads an epub version of the book on the site, it appears on the app, a user of the app searches for the book, chooses it, sends an sms and the book gets downloaded to his phone. Books on Okadabooks are also cheap .

However, despite the attractiveness of Okadabooks, it suffers some problems. First, the app is only available on Android devices, and of the over 100 million mobile lines in Nigeria, less than 10% of those are inserted in Android devices. Okadabooks just announced that it has free WAEC past questions for its users to download, but one pertinent question to ask is “how many prospective WAEC candidates use Android smart devices?” Really?

Furthermore, the service is only available in Nigeria. What happens to an author’s international fan base who wants to purchase his books?

Again, I think there is a lot left to be done if we are to get Nigerian books written by Nigerians into the hands of Nigerians that crave to read.

“Who is Achebe?” a little boy who was sitting next to me in a taxi once asked.

“Oh, Chinua Achebe was an author,” I replied.

“I read his books. He writes well.”

“He writes for a living?”

I smiled and mumbled, “Umm, not really.”

A million things I knew about Achebe whizzed into my head – most of them I knew through his writings. Achebe was one of those few writers who made friends with me through his works. Sadly this is no longer the case now. Wake an average Nigerian student from sleep and ask him to mention ten foreign authors. You are sure to get more than you asked for. But ask the same student for names of Nigerian authors; I doubt if you will get more than Wole Soyinka, Chimamanda Adichie and Chinua Achebe.