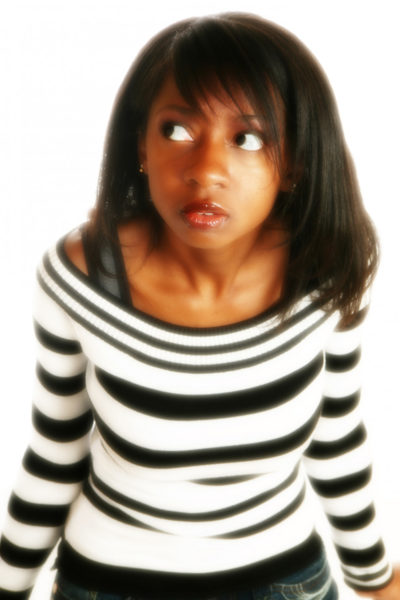 If you saw me on NTA news sweating like a Sallah ram, you should be thankful it’s not because I was involved in an accident or worse…

I use public transport occasionally. It allows me to see a side of Lagos I usually miss in the air conditioned comfort of my private vehicle. Sometimes, I am lucky to witness some funny and interesting scenes. I was planning on writing a memoir on my public transport adventures.
Recently, I witnessed the Lagos version of Grand Theft Auto. I wish I had done a Facebook live video, but I was too caught up in the moment.

I entered a bus from Allen Roundabout Ikeja heading to Obalende. The bus stopped at 7up bus stop along the express to pick up more passengers. Two LASTMA (Lagos State Traffic Management Authority) officers promptly accosted the driver and told him to get out of the vehicle. The driver ignored them asking what he had done wrong and gunned the engine. One of them aggressively entered the front passenger seat throwing his body over the passengers seated. He tried to wrestle the wheel from the driver. The bus swerved dangerously from right to left, as the driver floored the accelerator and seeds off scraping the side of a massive truck  – amidst screams of fear from the passengers. But our ordeal was just starting.

We then drove at a nerve-wracking high speed, thundering down the express towards Third Mainland bridge. Three vehicles chasing us with sirens blaring, as other vehicles cleared a path to avoid been crushed in the mad chase. Some people in the bus screamed for driver to stop as he narrowly missed running headlong into a trailer and swerves in front of another oncoming petrol tanker. My heart was banging against my ribcage as a thought flashed through my mind: ‘Asake you were seeking cheap thrills by entering public transport how you like it now?’
A young man in front of me made a phone call: ‘Mummy I’m in trouble please pray for me. We are being chased on Third Mainland bridge and the driver is refusing to stop!’

The woman beside me was hysterical and beside herself with terror. I think she peed in her pants as she alternated between begging the driver to stop and praying loudly ‘I will not die! Have mercy father Lord! The road will not drink our blood today! Father Lord my daughter! I want to see my child again! Save me Jesus! Have mercy on my soul! I don’t want to die!’

A couple of passengers seem to be resigned to their fate, saying to leave the driver alone and just pray we arrive wherever he is headed safely. A man in front called for calm and told the LASTMA officer to stop struggling with the driver. Some women were screaming on top of their lungs as we swerved left and right at top speed, down Third Mainland bridge.

This bizarre scenario left a nervous bubble of mirth in my throat. Was this happening? I held my laughter as I didn’t want the other passengers to think I had gone crazy. I looked out the window, towards the water – silently thanking God for my strong swimming skills and mentally locating the nearest boat – if we did not hit another vehicle first. I kept telling myself ‘Today is not the day I am going to die.’

God seemed to hear the woman’s prayers, and the bus slowed down to a halt in the middle of the bridge. What happened? We all enquired.
“Fuel don finish.”

The bubble in my throat exploded into full hysterical laughter. Everyone hurriedly clambered out of the vehicle as one of the LASTMA trucks stopped in front of the bus blocking it off. It reminded me of those Police Car Chases I watch on Sony Max…This is happening.

The driver and the resident LASTMA official continued their tussle, as the conductor hurriedly refilled the tank. Some passengers berated the officials chasing us, for risking our lives in such manner.

The bus driver reversed and thundered off and the LASTMA officials continued the chase leaving us stranded on third mainland bridge. Random cars stopped to pick up passengers, and I got into one heading to Obalende.

By the time we got to Obalende, Mopol, Police, Lagos Island area boys were already at the scene. The bus had stopped on the slope from the bridge blocking traffic. The scene was chaotic. The LASTMA official had a swollen face and bloody nose. The driver entwined his limbs to the wheel of his bus saying, ‘Kill me but you will not take my vehicle.’

I brought out my phone to start recording when a female officer grabbed my hand to pry the phone from my fingers. Area boys rallied around,  ‘Leave am make e record, no collect her phone, madam leave am. For wetin? Sister record nothing do you !’ Seeing she was outnumbered, she backed down.
A MOPOL officer cocked his gun and threatened to blow away the driver’s leg. Policemen dragged him on the floor, the crowd raised hell, ‘Never! Lai lai! Leave am! Wetin he do?’

One area boy stood between the driver and the gun saying, ‘Shoot me and see if the bullet no go reverse!’ The crowd hailed him and the driver got up to take his position by his wheel. The officers seeing they were outnumbered by an increasingly irate crowd let him go.

NTA TV arrived at the scene and I left to continue on my journey. I heard shouts and looked back and I noticed I was being chased by an observer who heard me saying I was in the bus. “Fine girl no go yet abeg, come and talk to NTA, LASTMA is saying the driver pass one way” So I ended up being interviewed by NTA and I gave my side of the story.

God is definitely listening to my mother’s prayers because we had so many close calls while we were being chased by LASTMA, it could have been a different story. The driver was ready to die rather than give up his bus, because he didn’t do anything wrong. When the system that is supposed to protect you is harrasing you, you will rather die fighting. People are frustrated.

Kind, Clueless, Wicked or Playful! Share Some of Your Favourite Nigerian Teacher Stories on #WorldTeachersDay

Richard Agu: Imama Amapakabo’s Feat with Rangers FC Should Remind Nigerians About the Benefits of Merit