Busola Idowu: Growing Up in Kaduna as a Non-Northerner 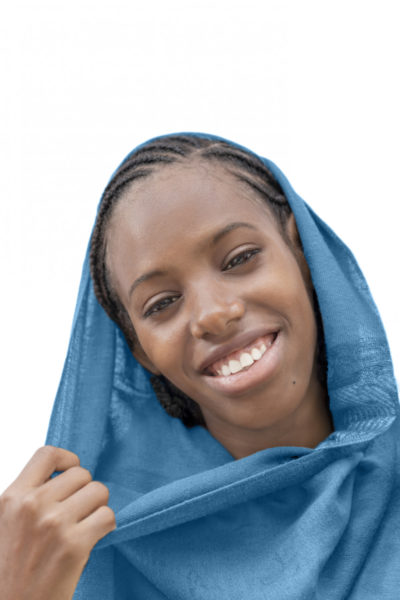 Several decades ago, the civil rights movement in the United States of America sought an end to the age long segregation laws and practices which were in force to separate White (Caucasian) and Coloured (Black, Hispanic, Asian) people. Even closer to home, the anti-apartheid struggle in South Africa, for which Nigeria was a leading light, was a fight against the segregation of white and coloured citizens of the country.
The underlying conclusion of the above is that segregation is very undesirable as it affects the very necessary and proper integration of members of the same society even for generations to come.

I grew up in a very well integrated Kaduna town and lived the greater part of my time there in the centre of the town. Our community was a huge mix of different ethnicities and I had neighbours from the eastern part of Nigeria, the south–south, the north-central and a few from the core north. My parents’ offices, our schools and even church were situated before the Bridge (the Bridge basically separates Kaduna north from Kaduna south). It was almost idyllic especially compared to other towns in Nigeria. There were good roads, water and electricity were available from the government sources, there was very little traffic, the markets were affordable and life went well. At least until sometime in the year 2000.

The agitation for and opposition to the introduction (implementation) of Sharia law in most states of the north crystalized in Kaduna and the succeeding riots led to large scale destruction of lives, properties and places of worship. It was similar to a civil war within a state. The resultant counting of losses, led to massive relocation of non-indigenes from Kaduna State; and for those left in Kaduna, there arose a separation between the Muslim north and Christian south in the state.
Also in 2002, sectional opposition to the planned hosting of the Miss World Pageant in Nigeria led to another round of wanton killings and destruction.
The ensuing polarisation became a part of the fabric of the society. Many Christians living in the north (before the Bridge) moved to the south and vice versa.
Interestingly, there has been some degree of peace ever since.
For weeks and months after the last crisis, people did not desire to be found outside their homes especially on Fridays at any time from 1pm. I had a friend living in the north and on Fridays, she would wear a headscarf and flowing gown so as not to stand out if any issues arose. No one was ready to go outside their comfort zones to avoid becoming a casualty of ‘war’

However, because we are human and must invariably relate with one another, the inevitable lowering of guards happened; and today, people basically move around different communities with just the slightest feelings of discomfiture.
A funny example involved our resident electrician. Because my parents had spent the majority of their time in the north of Kaduna, most of the handymen they knew and trusted were also based there. Therefore, in the process of moving houses from north to south, they had cause to require the services of Mallam Bello. I noticed that Mallam Bello would come to our house dressed in a shirt and trouser but leave in the regular Hausa kaftan, also the Muslim security men in the area were often dressed in their shirts and trousers rather than the kaftan. Mallam Bello explained that it was safer to wear the shirt and trouser so as to blend in with the crowd in the south. It was a form of protection. I laughed out loud but later reflected on how much the society had grown but not really improved.

Time heals all wounds or so they say, we can only hope that time heals every hurt and prejudice still inherent in and restores Kaduna back to her glory days.

Afam: “Are You Good?” – A Story About the Struggle with Depression

Akanna Okeke: Struggle, Security, Success or Significance? Identify Where You Are