Rosemary Egbo: 3 Things I Learned From a Bad Marriage 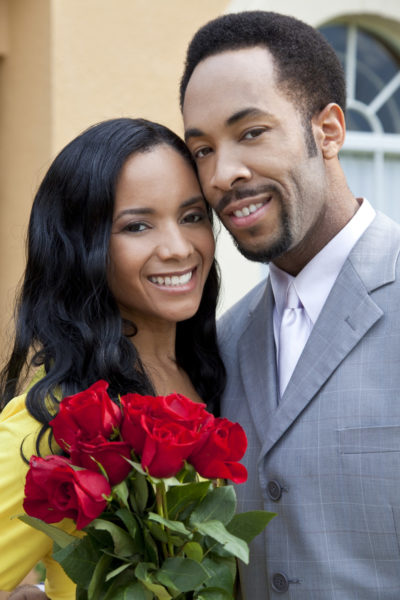 Getting married is one of the most exciting things that can happen to a person. For many, a day or two to the wedding becomes the most awkward days of their lives. The “am I making the right choice?” question keeps popping through the person’s mind. Some people see marriage as fulfilling God’s purpose for creating them male and female, one with whom you can share life’s responsibilities with. While some see marriage as a medium of escape from joblessness, pennilessness and to prove to their friends and families that they can get married as well.

A cousin of mine who had the notion of the latter, vowed that she would get married the year 2014 – nothing would stop her from getting married that same year and leave the village.

Out of that desperation she got married in November that same year. We were all happy for her because she had finally gotten what she has ever dreamed of, getting married to a rich man that will take her out of the village and penury as well.

Barely up to five months into the marriage, her family started receiving complains of how disrespectful she has become to the husband, which later resulted into her hubby turning her into a punching bag. The husband would call and lament of how she insults him and maltreats him.

One day, her older sister who lives in the same state with her got a heartbreaking call from her to come to her rescue. On getting there, she saw her sister looking like a mad woman. She looked pale, broken and shattered. Without uttering a word she took her and her then five months old son to her house. She later explained to the sister all that she encountered in her husband’s house.

She narrated how she married a man she never saw. They courted on the phone. She told her about how he lied to her about being rich and influential, how she gullibly swallowed everything he told her and believed all his promises. She narrated how wretched and miserable he was and how he poured out his misery by beating her. She never told any member of her family that he was beating and maltreating her; she didn’t even want anybody to know that the marriage she thought would be paradise in heaven turned into hell on earth. She never wanted her friends to know how much of a loser she was, in the competition of marrying the richest and most influential man.

He had beaten her to the extent that she fainted. He left her lying there and all she could hear from her subconscious was the cry of her son, which gave her hope and is probably the reason God saved her life. Unfortunately, the marriage ended in shambles. However, there are always great lessons to learn from this kind of marriages.

Here are three core lessons to take home from this story.

1. Never marry someone to get away from poverty
In this period of economic holocaust, many ladies will be in search of rich guys that will marry them and turn their financial stories around.

In this short life of mine, I have seen decent girls that married drug barons without knowing the source of their acclaimed wealth. The men will tell them they are importers and exporters. These ladies will never care to investigate what they are actually importing or exporting. I have also seen many young ladies who turned into widows at young age just because their husbands’ source of income was illegal and dirty.

Marrying with the purpose of running away from poverty and penury is a wrong notion about marriage. If ladies would engage their hands and work instead of engaging their fingers to do all manner of unprofitable things on social media, they would not be left with marrying any Tom Dick and Harry.

If you are smart enough you will learn how to use those social media for more profitable activities. These ladies forget that poverty is not just a state of being poor in the pocket, but in the mind. One can marry a rich man but the mind would still be poor and this is as a result of the mind being unproductive even with much money.

2. Never get married without discovering and pursuing your vision
My cousin never really had any vision she was pursuing other than to get married to a rich man. She never had anything she exerted her energy into, she wasn’t committing her time to anything worthwhile she just existed.
Marriage is one of the purposes of being created and not the whole of it. Many ladies have this idea that marriage is a destination, not knowing that marriage is a journey.

Having a vision and pursuing it as a single person is like journeying through life on a unicycle. When you get married to the right person, you journey through life no longer on a unicycle, but on a bicycle. With vision in marriage you have balance in life and stand greater chances of fulfilling destiny.

Discover your purpose of being created like Indra Nooyi, Christiane Amanpour, Hilary Clinton, Michelle Bachelet, Yoani Sanchez, Mary McAleese and a whole lot of them, who have impacted their world through embracing their visions.

Remember you were created to fill a void in the world, don’t just exist in marriage but live.

My cousin acted desperately by getting married to a man she barely knew. She never saw this man face to face until the day her dowry was paid. I am not saying that those who were in physical relationship before getting married do not have their share of ups and downs in marriage, but do not allow desperation becloud your sense of reasoning.

A desperate person is a gullible person who will swallow anything she is told hook, line and sinker. That was the reason she believed everything she was told without carrying out necessary investigations.

Do not get desperate to rush into marriage but be observant and be sensitive to choose the right person. Don’t sit at home waiting for the right person, but go out there and make yourself useful. The fact that your friends, sisters and cousins have gotten married does not mean you should mount unnecessary pressure on yourself and fall into the wrong hands.

Rosemary is a teacher, entrepreneur, speaker and freelance writer passionate about relationships, entrepreneurship, sports, self- development and start-ups. you can contact her on linkedin, facebook and email at [email protected]