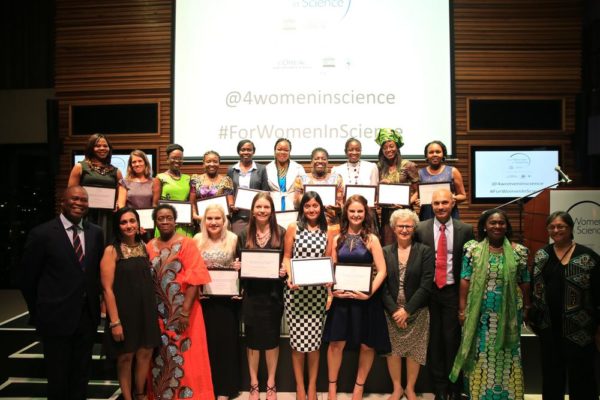 Since its creation in 1945, the United Nations Educational Scientific and Cultural Organisation (UNESCO) supports international scientific cooperation as a catalyst for sustainable development and for peace between people. UNESCO assists countries in the development of their public policies and in building their capabilities in the fields of science, technology, innovation and scientific education. In addition, UNESCO leads several intergovernmental 10programs for the sustainable management of freshwater, ocean and terrestrial resources, for biodiversity protection and to promote science’s role in combating climate change and natural disasters. To meet these goals, UNESCO is committed to ending discrimination of all kinds and to promoting equality between women and men.

Four tiers of the L’Oréal-UNESCO For Women in Science programme:  L’Oréal-UNESCO For Women in Science Laureate Awards: Only five women globally – one leading woman per continent – receive this prestigious award every year and these outstanding scientists are known as Laureates. The award is for accomplished scientists who are honoured for their impact in the field of science.

L’Oréal–UNESCO National Fellowship Programme: These fellowships anchor the For Women in Science programme in 47 countries around the world where L’Oréal has a subsidiary, and thus assures the management and promotion of the programme.

The L’Oréal-UNESCO For Women in Science Sub-Saharan Africa program in partnership with UNESCO’s African Network of Scientific and Technological Institutions (ANSTI) has reached many women across Africa.

The prestigious ceremony where fellows were presented with the fellowship took place on the evening of 28th September at The Venue Greenpark, Johannesburg.

For the past 18 years, the L’Oréal-UNESCO For Women in Science  programme has encouraged, promoted and honoured women scientists all over the world. More than 2,500 researchers from 112 countries have been distinguished for their extraordinary discoveries and supported at key moments in their careers.

Impacting the lives of people around the planet, their discoveries are offering new solutions and answering vital questions. Their ground breaking innovation is advancing entire fields of research and even opening new ones. The fellow’s work and research is contributing to curing diseases, increasing food supplies, enabling sustainable development, helping ensure the survival of our planet to better understand our universe, adding to our knowledge of the very foundations of life.

As part of the programme, 14 female scientists from across Sub-Saharan Africa have been honoured for their work and impact in the scientific field. This year applications were received from 26 Countries which is testament to the increasing awareness of the program and our commitment to advancing women in STEM (Science, Technology, Engineering and Mathematics).

The recipients of the Post-Doctoral Fellowships of 10 000 Euros each are:

Title of project:  Deciphering the roles of non-coding RNAs in immune gene regulation

The recipients of the Doctoral Fellowships of 5 000 Euros each are:

Title of project: Bioactivity, Toxicity and Phytochemistry of selected medicinal plants used by Rukararwe and Prometra Herbalists in treatment of malaria in Uganda

Title of project: Hepatitis B virus-related liver cancer in South Africa: Investigations into the risk profile of a previously unscreened population from the Western Cape, South Africa

Title of Project: Numerical simulation of velocity and pressure fields for fluid flow through microtubes with complex geometries: Application to the flow dynamics of cerebrospinal fluid along a shunt device in patients with hydrocephalus pathology

Title of project: Experimental and computational study of the electrochemical and photo-electrochemical oxidation of organic pollutants at carbon based-semiconductor composite electrodes