Akanna Okeke: Gender Differences at the Root of Relationship Problems 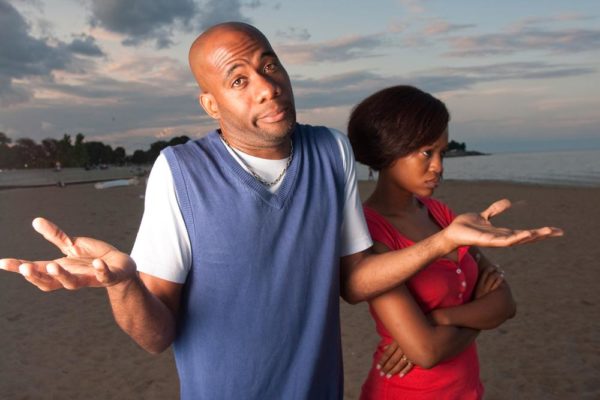 Last week’s article really ruffled a lot of feathers. It was interesting to see the various reactions from readers in the comments.  Everyone made a valid point except, of course, those who resorted to insults.  I just think that if you have to resort to personal attacks while making an argument, then it means that you don’t even think your argument is strong or valid enough to convince the other party.

I say the other people’s points were valid because that’s the way people view life; so whatever they say is valid to them.  We tend to see people the way we see ourselves.  We relate to people that way as well.  But the truth is that everyone is not like us, and so we have to get past ourselves and see others for who they truly are in order to deal with them effectively.  This is no easy task.  It requires a change of mindset.

The female brain is different than the male brain. Therefore, the female mind works differently than the male mind.  The female is different from the male, not similar to, not necessarily equal to! Equal means you should expect the same things from me that I expect from you.  Men don’t have the same expectations as women from one another, and this is the fundamental cause of problems when both genders come together be it in an intimate relationship, a place of business or in assigning the almighty gender roles.

The Red Queen, a book written by Matt Ridley contains extensively researched studies on this controversial topic.  One of these gives us a clue as to why women are generally more in touch with their feelings and emotions than men are:

When the human being is just conceived (in the womb), it has a certain physiology to the brain. The default human brain –the one a child first gets in the womb –is the ‘emotional’ brain which, in other words, is the ‘female’ brain.  This brain is holistic in that there is a strong link between the right and left hemispheres of the brain (the emotional and logical sides).  If the baby is a boy, he would need a male brain obviously.  To get the male brain, that default female brain is injected with testosterone as it’s developing in the womb.  The mother’s body naturally injects a shot of this male hormone into its bloodstream.

The testosterone breaks that link (the “corpus callosum”) between the left and right sides of the brain, creating a clear divide between them. And that results in the creation of the male mind.  As that mind develops more and more, the two hemispheres become more and more specialized.  After the baby boy is born, he gets another injection of testosterone at puberty and that creates the adult man and his mind.

A baby girl, on the other hand, gets an injection of estrogen which creates an even more female mind by strengthening the link between the emotional and logical parts of the brain.  The female brain is more holistic because that link is strong.  The left and right sides work more together on problems.

So the male and female brains (or minds) are actually different.  The male brain is more about specialization. The left and right hemispheres specialize on different occasions.  He knows it is time to be super emotional when watching his favourite club play soccer, and he knows it is time to be very logical when solving problems at the workplace for example.  His brain is wired for systematic thinking and figuring out how stuff works –it is wired for logic; solving problems rather than talking them through.

Women’s brains are wired for emotional thinking, loving and empathizing.  Generally speaking, men would rather hurt feelings to uphold logic, whereas women would rather break logic to save feelings.

The problem with this topic is that everyone gets emotional talking about it.  What we are meant to do is seek the truth and understand how the opposite sex really works, because we definitely operate differently.  That’s why a problem arises when, in a relationship, a woman complains to a man about something and all the man wants to do is offer suggestions to ‘fix’ her problem instead of just listening to her because all she wants to do at that moment is talk it through to a listening ear, who would eventually give her a hug and tell her that everything would be alright.  Most men cannot fathom this because they relate to women like they would relate to other men.

With the study above, of course something could always go ‘wrong’ like the baby boy not getting an adequate shot of testosterone, resulting in a male with a more female mind.  The reverse could also be the case.  So you can have some ladies with super logical minds and some men with super emotional minds, but most of us lie in the centre of these two extremes, just like a certain Grace pointed out in the comments last week.

The key is to understand the principles behind the makeup of the male and female, and this would give us a clue as to what roles they are to play when they come together.  The difference in the reproductive organs, for example, presents us with a clear principle that one is wired to penetrate –to attack life, to be at the forefront of things, to always want to go out and fight for the other; while the other is wired to yield –to soak up life, to be in touch with feelings, to have the world brought to their feet.

The more things change, the more we should hang on to things that cannot change.  It is good for men and women to be able to play equal roles in society so as not to leave one stranded when the other is not there.  However, both genders must be in touch with what they would rather do –their strengths –in order to maximize creativity.  A focus on your weaknesses rather than on your strengths is one sure way to hinder your creativity.

When both genders come together; in the bedroom, in leading organizations, in relationship building, it is important to realize that one has to yield and let the other penetrate in order to come into a beautiful fusion that produces lasting results!

Once again, I would like to read your thoughts and would also encourage you to do some more reading on this subject and seek to have a clearer and deeper understanding about gender differences, as this is the key to solving many relationship problems.