Asake Agoro: I Could Settle But I Can't Settle 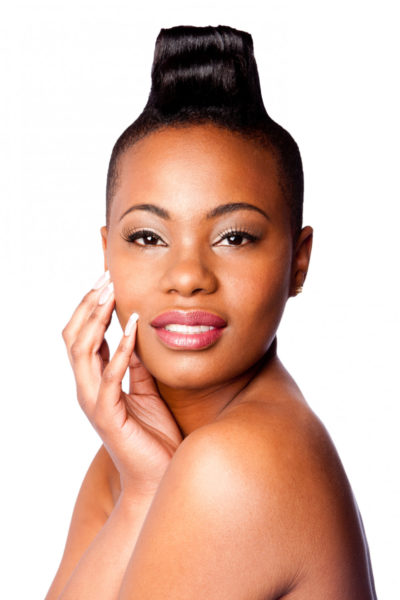 “You’re never getting married are you?”

It was a rhetorical question. Hooded eyes looking at me through the haze of smoke coming from his rolled up blunt.
We sat at a local lounge bar in Lekki, with the noise of Phyno’s Fada Fada bursting loudly from the speakers. I was on my second bottle of Orijin and the alcohol was beginning to make me mellow. The question took me by surprise and woke me up – even though I have heard it quite a few times, I was still unsure how to react.

“Where did you get that from?”

I usually got fairly similar answers to this question.

An hour earlier we were at a business meeting with a few others. Pumped up from the energy bouncing around, I thought the quietness of my house seemed like an anticlimax. I thought it would be great to catch up over drinks with this old time friend-acquaintance I hadn’t seen in ages.

I thought wrong. I could see him assessing me, calculating. I could tell the thoughts going on in his head and I thought to myself how do I always arrive here?

“Well, the things you say on social media… your no-nonsense personality…your hair….how you act: tough, independent and outspoken”

The words ‘crazy’ and ‘feminist’ hung unsaid, loudly in the air.
“Whoa! The things I say?”

Seeing I was getting animated he quickly tried to retract his words, but it was too late.

Earlier on, he had tried to invite himself into my home. Suggesting we just buy a drink and share it over there since he had already confirmed that I live alone. I politely gave some excuse.

So, because in your head I am some wild child, I would invite you into my home and drink alcohol and smoke weed with you and then what ? Then he had driven to a hotel nearby saying he just wanted to quickly see a friend. A plot he abandoned when I said I would wait for him in the car.

Then we had come here after I insisted I was just in the mood for casual drinks and good old conversation.
Even though I had heard this question a few times I felt a touch of hurt. Normally I would have gone on a feminist rant which would have further sealed the person’s preconceived notions of me, but this time maybe it was the alcohol – so I paused.

I really wanted to know. The reasons usually given, even though I understood them, made no sense to me.

My hair? My personality? My Facebook statuses? What really?
How is that enough for you to judge me Asake and conclude I must be some rabid feminist who hates men ?
Earlier on he had asked me if I liked women,  while offering me a drag of his skunk which I had declined.
‘You look like like someone who smokes weed and likes women’ he had commented carelessly.
Normally I would have come back with a quick quip like: ‘So what if I do’ or something like ‘You just never know’
But today, these careless statements and conclusions of my character hurt.

So I took a deep breath while contemplating if I should go ballistic or just simply leave.

I knew what he was thinking: this crazy fashion designer with half shaved head who writes all this crazy stuff on Facebook and likes to dress ‘weird’. She must be wild. She must like to smoke weed. She must like women and/or men. She must not be domesticated. All these I knew because this was a scenario that had played out several times over.
A random memory popped up. It was scene in which my mum was chastising me on one of my wildest haircuts yet. She became almost hysterical and started pleading with God to deliver me from the spirits making me so wild if not I would never find a husband to marry me.

I remembered being approached by a young pastor from my church looking to settle down seriously. We got along quite well until my hair became an issue. At that time it was a mohawk and dyed red. Definitely not fitting for a pastor’s wife. It would have been easy to perform the role. To be what I knew he was looking for and in a month or two get that engagement ring. But I couldn’t.

The same scenario as with all my relationships. I just couldnt settle. I said to him, you can’t pick and chose the parts of me you like. This is the package. Take it all or leave it be. Needless to say things went downhill from there.

I remembered a friend who I had lived and worked with in London now also in Lagos telling me ‘Asake, Naija is different. You can’t be doing all this ‘crazy’ things. You have to tone things down if you want men to approach you seriously. You have to show them you are wife material and display wife material characteristics’  I saw this friend whom I had known to be quite ‘wild’ in London become this packaged wife material. She fit into the role so easily. Her in laws fell in love with her and she got that engagement ring and got married shortly after.

I constantly get told, ‘Asake I see you ending up with a white man. You’re their type ! ‘ meaning I am not the normal. I’m too much for your African men. The good African wife is not wild. She is not outspoken. She is not free spirited. She doesn’t shave her hair and dye it different colors of the rainbow. You are only fit to marry a white man.

Was I the problem? Could everybody be right and I am wrong? I am not wild. I am free…unapologetically me in a world that is constantly trying to shape everyone into boxes.

I have discovered I have actually tried to listen to this advice. I tried to ‘tone’ down. Dress more ladylike. Don’t tell men to shut up, they don’t like that. Massage their ego. Be a wife material (Trust me, I don’t even know what this means).But then occasionally the real me pops out and dude is taken aback like whoaaaa I didn’t sign up for this crazy woman!

But the truth is some of us are dreamers. Some of us don’t fit the status quo. We are the squares being forced into round holes. We are the romantics. We believe in the fairy tales. We refuse to accept reality. We understand it but we can’t settle for it. Because it is the very antithesis of our nature. Life experiences shape us and transform us. And so sometimes, we adjust our hopes, dreams and expectations to our present circumstances. Oh time is running out, I better drag Mr Left to become Mr Right. There are no jobs, I better settle for Admin officer instead of becoming a pilot.But some of us just can’t face reality. We continue to dream. We continue to hope. We continue to wait for that one that will accept us in all our perfect imperfections. We are the die hard romantics.Because life is too short to be lived unhappily.

We want more. We believe there is more. We could settle. But we can’t settle.

HaroldWrites: Should Literary Awards Be Subjected to Public Votes?