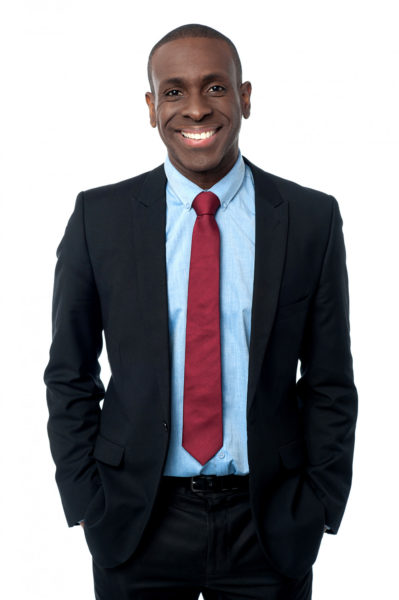 *It’s a large open field, the size of a football stadium. The arena is filled with all kinds  of animals. There are Lions, tigers, cats, dogs, monkeys, donkeys, cows, chicken, sheep, goats, birds, elephants, antelopes, tortoises, rats, cockroaches,  etc. All categories are animals are represented. A giant television set is showing a movie and all of the animals are watching with rapt attention*

“Order! Order! Can we have some decorum here please? Order! You have all watched a clip of the secret movie; Animal Farm, the movie that Nigerians do not want us to watch! I know everybody has been inspired by this film. It is now time to act! It is time for revolution! It is time for freedom!” He shouts shaking his entire body.

“Like the animals in Mr Jones farm, we are going to chase away human beings from Nigeria for good! We are going to kill them all and take power by force!”

The whole crowd burst into spontaneous singing, jumping up and down, and dancing with a high level of excitement.

Beasts of every land and clime

Hearken to my joyful tidings

Of the golden future time

Soon or late the day is coming

Tyrant man shall be o’erthrown

And the fruitful fields of England

Shall be trod by beasts alone!”

The elephant stamps his foot on the ground and everybody stops singing.

“I have been informed that the birds have composed a new national anthem for our new nation! Let us sit down and listen to them.”

The birds are chirping as they move into the centre of the crowd to perform. Their feathers are very colourful. Golden necklaces hang around their necks. Their leader is wearing a white robe with bangles around its legs. It stands in front of the bird choir and starts conducting the song by fluttering its wings…

Animals of the glorious Greenland

We must come together and unite

As we fight and overcome the tyrants

Human beings shall be gone forever

We shall wine and dine daily

Gaiety and happiness shall be ours continually

As we enjoy this precious land

That God gave us to dwell in forever!”

“We like it!” The lions are roaring with excitement.

“My compatriots, that is now our national anthem and we must all learn and sing it by heart. The name of our country shall be called Waziwaziland. Any objection?” Elephant asks.

“Human beings are wicked creatures and must be defeated. They oppress and kill us everyday”

“Yes, they kill us, roast and eat our bodies as Suya!” The cows moo angrily.

“They kill us and fry, and eat our bodies as fried chicken!” The hens yell.

“They cut off our heads and eat it as isi ewu peppersoup!” The goats bleat furiously.

“We have suffered in the hands of Nigerians!” The snakes hiss in anger.

“They kill and eat us as meat! The dogs bark angrily.

They kill us and eat us as fresh fish peppersoup! The fishes seethe with rage.

The animals are all on their feet as they chant hysterically.

“Human beings must be destroyed!

“Yes, we will destroy them. We will arm ourselves. Before you leave this meeting, weapons would be given to all of you! On the 1st of November, we shall surprise them with a bloody revolution!”

“Yesssss! We want a bloody revolution!” the animals chant.

“We have to strike soon. Nigerians are currently very disunited. They are split into factions based on politics, religion and tribalism. So they would not be able to come together to fight us! Our motto is ‘All animals are equal!’”

“After we overthrow the Nigerians, we would hold elections for various positions in Waziwaziland. We are going to practice true democracy that would be the envy of the world!”

“There are three political parties and everybody must belong to one of them. The parties are:

“We like it! We like it!” The animals chorus as they rush to pen down their names in the registers of the different parties.

“Stop it!” The lions are yelling at some flies who are already sipping palm wine from the calabashes that would serve as refreshment. The flies hang their head in shame as they quickly fly away from the pots.

“We would not tolerate any form of indiscipline in Waziwaziland! We cannot behave the way Nigerians behave!” Elephant thunders at the flies.

The animals burst into a song;

“Wait for your turn

“Alright. Now we have to choose a capital city for our country. It is going to be a city that would be the pride of our nation, a national asset that we would all identify with and be proud of!”

“We the birds hereby suggest Benin city as the capital of our new country!”

“We the goats wish to project Damaturu to be the capital of our new nation!”

“We the Fishes announce Yenegoa as our capital city”

“We the dogs suggest Calabar as the capital city of our country.”

“No! Calabar was once a capital city of Nigeria, we don’t want anything to do with the land Nigeria!”, the cows moo, and continue, we the prestigious cows of waziwaziland hereby announce Kano as our capital city!

“You people are wasting our time. We the chickens say that our new capital city must be Oshogbo!”

“We the monkeys suggest Onitsha as our capital city!”

“We the honourable Snakes declare that we won’t accept any other capital other than Markudi!”

“And you all are foolish by not choosing Abeokuta which we the lions want as our capital city! The lions roar.

“How dare you call us foolish animals? Is it because we are not from your ethnic group? The capital of Waziwaziland must be Lagos!” The cats declare.

“Impossible! You Yoruba creatures want everything for yourselves”

“You Igbo creatures think you can dominate and own everything, just like your human being counterparts!”

“Every member of Animal Redemption party has agreed that the capital city should be in Warri!”

“All Feathers and beak congress party members hereby announce that the capital city of Waziwaziland is now in Abuja!

“Nonsense! We four legs and Tail freedom party members have decided to adopt Enugu as our capital city!”

“You all are foolish, because you are Christian birds, you want the capital to be in a Christian city. You think we don’t know your plans?”

“All muslim animals should unite now and let’s fight the Christian animals who want to take control of our new country!”

The arena breaks into a riot as the furious animals are pecking, hitting, biting, kicking and chewing each other’s body parts. Sweat and blood flows…screams and yells of pain can be heard everywhere as the strong preys on the weak. The animals scatter in various directions and the idea of a revolution for the formation of a united animal kingdom is totally forgotten and relegated to the dustbin of history.

Related Topics:Iniobong Umoh
Up Next