Tajé Prest: Is Your Man in the Closet? 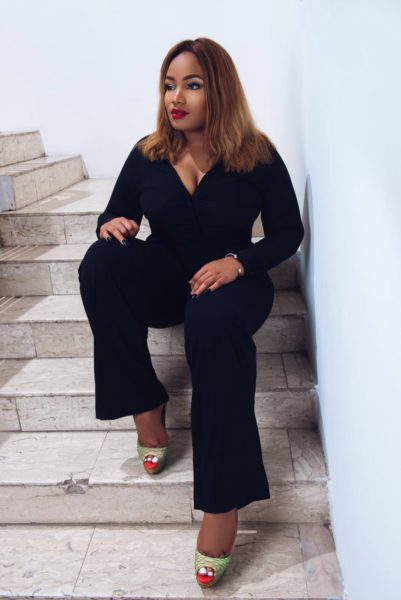 So lately I’ve been hearing a whole lot of crazy stories that are honestly quite terrifying. For some of the stories I was shown proof! Insane! They all go along the lines of this babe’s husband is sleeping with this other babe’s husband. Yes, husband.

Initially I wasn’t going to write about this topic because I felt like people just aren’t ready to hear such things in Nigeria; but with the amount of things I’ve heard in the past two months; some I definitely do not believe and some are way too deep to comprehend; I have to say something.

I have three questions for my ‘down low brothas’ why are you down low? Is it because you are ashamed of your desires or because society won’t accept you?

Why are you getting married to women who are blind to the fact? Is it to save face?

Are you bisexual or simply gay pretending to be straight and dreaming of men when you sleep with your women?

In all honesty I understand that our Nigerian society isn’t very open minded let alone accepting of ‘gay’ people or men that even choose to act & dress differently and I know it must be difficult to live in such a judgmental society but don’t you feel sorry for the woman you are deceiving? Or do you love her enough to sleep with her but not enough to forget the male attraction? I have so many questions.

An everyday Nigerian will go into the fact that it’s forbidden in the Bible but let’s leave religion out of it for now cause there are even men that are married; number one elder in church and will sleep with their daughter’s boyfriend if they got the chance. BRUV!

Here’s my thing – if you’re bisexual or simply gay and due to Nigerian or should I say African society you can’t be your true self and want to marry to save family name; your face etc. Please tell the woman you have chosen, the ones that can stay and accept you for it will stay; but don’t go in with the lady completely blindsided only to be surprised one day, that can kill a person. If she’s in the know, nothing can surprise her. Shoutout to the women that can accept it though.

A friend of mine was telling me about her friend that just found out her husband has been having sex with his “cousin” a guy her husband claimed was his cousin; that’s been staying in their house for almost a year, They have two kids! Crazy or nah? Apparently (I say apparently because there’s no hard facts or surveys carried out in nigeria) 35% of married Nigerian men are sleeping with other men and they’re married to women and have kids! Is there a way around it? Is being down low the only option because of fear?

I also heard some married women found out way late into the marriage and accepted it and have never mentioned to their husbands that they know; one woman told me “Tajé he’s been sleeping with the same man for years but my kids are happy; I’m happy I’m well taken care of, we barely fight, initially I couldn’t sleep with him but after a while I got used to it, better the guy than some evil troublesome woman that’ll try to destroy my home” you should have seen the look on my face, she laughed and said “You’d be surprised to know how many Nigerian women are living exactly like I am. Some both parties are fully aware and just don’t talk about it” BRUUUUUUH! What?

My down low brothas; help my fellow woman and just keep it 100; tell your woman don’t let her hear outside. My girls and I were talking & at the moment every guy that steps to us you gotta check everything about him, background story, girls he’s been with, his mannerisms etc if one can even tell from all that. Honesty is the best policy really.

And my ladies could you marry a bisexual man?

BN Beauty: How To Get Your Makeup Right EVERYDAY in 5 Mins! | Watch