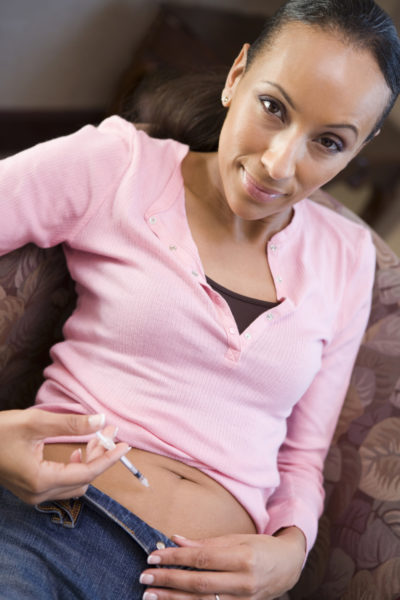 IVF. Just a three-lettered acronym, but which means a multitude of things to different people. This article isn’t to address the very many ways we identify with that acronym (even though I will in a subsequent one, as I know many people are chomping at the bit to express their passionate feelings about the subject 🙂 ). No, today I want to speak to the many women who are considering it, or even in the process itself, but have no idea what it’s all about.

I remember when I was starting myself, and how intimidating all the information I found online was. Those that didn’t need a medical dictionary for me to decode where often too detached, too mechanical for me to connect with. Thankfully, in the myriad of all that information, I did find some wonderful books and articles that prepared me for what I was getting into.

So, this is me going right back to the basics. Even though I have written quite a few articles on the subject (Letter to the IVF Newbie, Facts & Myths About IVF, to name a few). This article is meant to talk intending parties through the process as best as I can, in ways that will hopefully connect with the reader, on a more practical than theoretical note.

Let’s start with Protocols. A lot of women I have spoken with have been clueless when I’ve asked what protocol they are on. During an IVF cycle, the ovarian stimulation medication may be administered in a variety of combinations called protocols. Generally, there are two types of protocols; the long protocol and the short protocol. The drugs administered in both protocols are the same, but the dosage and the durations differ.  A woman’s age, her response to the medication, and the outcome of previous attempts, largely determine which protocol will be chosen for the treatment cycle. The Long Protocol, as the name connotes, is a longer protocol, starting with the down regulation of the ovaries (suppressing your ovaries from producing eggs), and then the introduction of ovarian stimulation injections. During ovarian stimulation, the down regulation drugs are continued, but at a lower dose.

The advantages the short protocol has over the long protocol are that there are fewer drugs involved and, as a result, it is a faster treatment cycle. But it is also the more aggressive protocol and in some cases, having the time to slowly shut down and then build up ovarian function, as is the case with the long protocol, is an advantage.

A lot of women think they can cherry pick which protocol they can be on, but unfortunately it doesn’t work that way. Only your doctor is in the best position to make that call. Just because Mrs. X was on the short protocol and conceived her triplets doesn’t mean that is the way for you to go. For both my cycles, I was on the long protocol. I went through both the down regulation and stimulation motions. However, because of my polycystic ovaries, as well as my history (I had almost over stimulated on a previous round of Clomid and injectibles), I was placed on the lowest possible stimulation dosage in both cycles. This is incredibly important in order to prevent over stimulation, which is itself another beast. I can not over emphasise the importance of being regularly scanned and monitored, especially during the stimulation phase. This allows your doctor monitor your response to the drugs, to see if their dosage needs to be increased, decreased or kept the same.

Another thing a lot of women don’t pay enough attention to is improving their Egg Quality. Or it could be just plain taking it for granted. I know I did, with my failed cycle. I have quite a number of theories about why my first IVF cycle failed. One of these revolves around the quality of my eggs that cycle. Even though I don’t think they were too bad, I do think I could have done more to enhance their quality. For my second cycle, I went all out. I ate right and did everything in my power to give my eggs the best shot. Here are some ways we can enhance the quality of our eggs;

Taking such dietary supplements as Bee Pollen, Royal Jelly, and Vitamin C
Ramping up your protein intake. It could be milk, eggs, fish, soya, eggs…any good protein source would do.
Making long term dietary changes, by including more vegetables, whole grains, seeds, nuts, and fruit in your diet, taking lean meat and dairy products in moderation, and avoiding processed foods as much as possible
Daily exercise…or if not daily, at least three times a week. During my 2nd cycle, I lost about 5kg, and I think this helped a whole lot.

Staying as stress free as possible. I know, I know. Such a cliché, right? But it’s true. Constant tension depletes the body’s resources. If the body lacks resources, egg production will suffer, with quality diminishing over time.
Another common question area has to do with the Egg Retrieval process. I have to admit that even I had my serious apprehension about this stage of IVF. Even though I read a whole lot, I still had wobbly knees thinking about how my eggs would be harvested from my body. Yikes! I was so scared about what it would be like. Painful? Long? I read a lot, but really couldn’t grapple it. Not until I eventually had mine.

With my first cycle, my egg retrieval was on a Saturday morning. There were about a dozen of us women, in different stages of undress, hanging around the place. When it was my turn, I was wheeled into the theatre, had a mild anaesthetic administered, and that was it. I woke up in a delivery room, feeling only mildly sore, and I was free to go home. I couldn’t believe it was over. All that panic and worry, all for nothing. The next morning, I got the phone call informing me of my retrieval and fertility report.

My second cycle was even better. I was the only patient in the clinic I used, and my dear doctor and his team made me feel so much at ease. Like the first time, I awoke with very mild soreness, but was told before I left what my retrieval report was. The next morning, I got the call informing me how many of the eggs had fertilised. The bottom line is neither of the cases was as painful, gory or horrific as I’d feared. So fear not!

Finally, I want to address the Embryo Transfer process…another part of the exercise that was an enigma to me. With my first cycle, I transferred my embryos five days after they were fertilised (in what is typically called a Blastocyst Transfer, as the embryos are blastocysts at this stage). The clinic I used is one of those which place more emphasis on commerce above care, so as usual, there were at least a dozen of us there, waiting our turn. For the egg transfer, you have to have a very full bladder. That, in itself, was torture for me. Eventually, I was wheeled into the theatre. Unlike the egg retrieval, I was w-i-d-e awake this time. The transfer was incredibly clumsy and long. After the transfer, I was wheeled to a recovery room, where I lay down for all of 20 minutes, before I was allowed to empty my bursting bladder. I was then allowed to change, go back to the main hospital, do some paper work (*cough* make some payments), and then go home.

For my second cycle, my full bladder and I were wheeled into the theatre (my original hospital, which I didn’t use for the failed cycle). My dear doctor had some junior doctors with him, so he talked them through the entire process whilst expertly transferring my embryos, using a sonogram for guidance. But even with the lecture, it was such a congenial atmosphere with my doctor sharing his trademark jokes, making everyone feel at ease. At the end of it all, I lay on the theatre bed for about 30 minutes, listening to music on my iPod. After 30 minutes, I was taken to a private ward, where I lay put in the bed (save for bathroom breaks) for the next 3 days, before eventually leaving for home.

If I were to describe the feeling of the Embryo Transfer process, the word I would use would be uncomfortable. You have to prepared for the full bladder, as well as metallic objects fussing around inside you. Once you can get your mind around these, you should be fine.

That’s all for this edition of IVF 101. Next month, it shall continue with what happens after the process, addressing such things as Bed Rest, Implantation, Symptom Spotting, and the dreaded Ovarian Hyperstimulation Syndrome (OHSS). But when I return in a fortnight, I will be dedicating that piece to the men. We don’t give our men quite enough of the coverage, attention, or credit that they deserve, when it comes to TTC matters. Guys, the next one is for you 🙂

Till next time, baby dust to all!
Photo Credit: Monkey Business Images | Dreamstime.com

Talking Law with Ivie Omoregie: Death is Certain! This is Why It Is Important to Have a Valid Will