Great Lady: What's So Bad with a Man Living in a House Provided by His In-Laws? 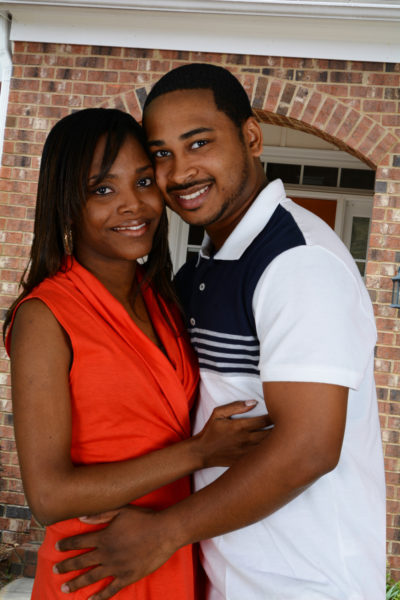 Few days ago, while faithfully working at my desk, a friend of mine walked in. We started talking about different church requirements for marriage. I asked him if he saw MFM’s requirement for marriage in their church? He said no. I then said I found their requirements quite ridiculous; save for one; inspecting the brother’s (groom) house before the wedding.

He responded that it was rubbish. How can the church inspect the groom’s house before they can approve of the wedding? I replied that I agreed with it.

Imagine the guy is living with his parents, and hopes to bring his wife into that same house; or he’s even sharing a room with someone else. The church should inspect the house to be sure it is convenient and conducive for an extra human being (moreso a child… when they have babies). Anyway, that’s not the reason for this article.

During the course of our argument, I told him: the way you are defensive about this issue is making me suspect you. By the way, where’s your house and what’s the condition of the place? He then told me he’s not concerned about the state or condition of the house, because his fiancé’s family would furnish it.

I was shocked. I told him to clarify. He said it’s a tradition in their place that the wife’s family furnishes the husband’s house. He said the wife’s family would bring plates, kitchen utensils, furniture, anything for the house, that they wished to bring. So the man packs whatever he has in the house aside, and lets the wife’s people furnish the house.

He said in some cases, the wife’s family can even rent a house for the couple, depending on their capability; after all it’s their daughter’s happiness they are after. He then told me he wasn’t going to buy any furniture or kitchen utensils in the house, so he doesn’t waste money.

I asked him about his pride as a man – knowing that the house you live in and the furnishing did not come from you? He said I had a point.

Though our discussion ended abruptly, I couldn’t help but be sad at some realities. This dude is happy to leave the burden of furnishing his apartment to his fiancé’s family. If your wife’s family pays for your accommodation and other things, how are you going to open your mouth before them?

A colleague of mine (a married man) who was present during this discussion told me that men of nowadays do not want to take/assume responsibilities anymore. You see some men say, they must marry a rich man’s daughter or the lady must be working (that’s not bad in itself; except that their reasons leave a lot to be imagined).

As I was writing this article, I discussed the issue with a friend and he told me this story, “I had a friend who allowed his wife buy all the things in the house before they got married. She actually told the guy to contribute but he refused. The sad thing is, when they got married he moved into the furnished apartment without shame. Unfortunately when they had issues, one day the wife brought a truck and moved all the things she bought out of the house and left home. When the guy came home, he met an empty house”.

What’s your take on this issue? Is it wrong for a man to depend on his in-laws for his accommodation. As a woman would you mind it if your better half leaves the responsibility of his accommodation to your family?

Lastly, is it wrong as lady to contribute to the furnishing or rent of your le boo’s house? Kindly share your thoughts.

Whose Child is it in an Inter-Tribal Union? Blogger Verastic Raises this Interesting Topic About Nigerian Patriarchy