Akanna Okeke: 5 Discoveries That Blew My Mind This Year 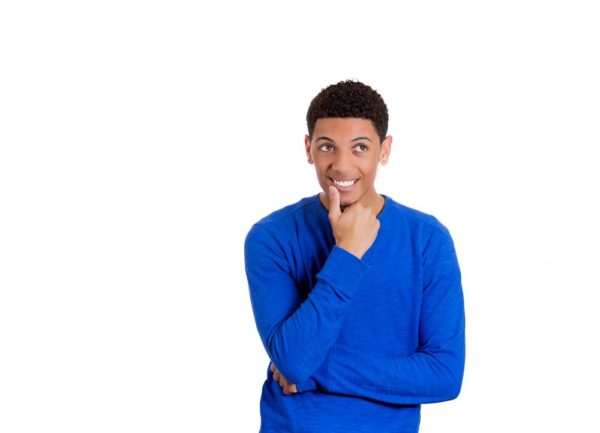 This year, I ‘stepped up my game’ in the area of personal development, self improvement and discovery.  Sometime around the middle of the year, I decided to start sharing what I was learning along the way.  Enter BellaNaija and their fantastic platform, through which I’ve been able to share articles weekly.  This platform also has very engaged readers with intelligent and appreciative feedback!

Some things have stood out to me in this journey.  Some of them through self-observation, some through external learning, and some a mixture of both.

I’ve decided to share five of those things with you to cap off the year, and to show my appreciation for your engagement.  Now, of course, you don’t have to agree with them (they are my discoveries after all) but, as the intelligent people that you are, I’m sure you would evaluate them empirically first, before reaching conclusions.

Your Mind Does Not And Cannot Work on the Reverse of an Idea
Credit for this goes to Andrew Matthew’s Being Happy, where he says that “your mind works on pictures.  When you say to yourself, “I don’t want to forget my book”, you get a picture in your mind of forgetting.  Although you say “I don’t want that”, your mind still works on that picture and the result…you forget your book.  When you tell yourself “I want to remember my book”, you will have a mental picture of yourself remembering, and you will be in a far better position.”

Our minds work on pictures. After learning this, I suddenly remembered how we always made noise in class in primary school.  All the teachers would come in and yell “stop making noise!!” but we would continue after a little while.  Only a few teachers said “Be quiet!” instead.  Could it be that they created a picture of noise-making in our little brains by yelling “stop making noise” and we just went with the flow and not with the reverse?

Take civilization for example. We can argue that there is a right way to run it and that the closest to that ideal is the Western one –most especially the English-speaking West.  It is therefore not a surprise that when other regions adopt the pattern of the West, their economy and standard of living pick up very noticeably.

Like my favourite rabbi, Daniel Lapin would say, “It is not an accident that banks and bathrooms today in Bangkok and Beijing and Bombay all look just like banks and bathrooms look in Boston and Birmingham and Baltimore!”.  It was not long ago that bathrooms in those cities mentioned first were holes in the ground and their banking systems relied on pieces of gold and even storing those gold pieces in mattresses!  They quickly realized that there were not a lot of right ways to run a bank or hygienic bathroom systems and so they adopted the ideas of the West.

The same can be said about our lives.  You know how people say “You can be whatever you want to be!”  Well, that’s just a lie.  You can only be what you are made to be –your life purpose!  Sure, there are other things you could be, but are those the right things for you?

It is Not That Hard to Figure Out Your Life Purpose
‘Want to feel fulfilled and accomplished? You need a mix of gift, talents and skills’.  This was the title of my first article on this platform, and it has helped me in my personal life.  It struck a chord with many readers, judging from the personal messages I received from some of them.

Your gift (singular) is the creativity in you to serve to the world by solving some of its problems.  It is unique to you but it is not for you.  It is meant to be served to others for their benefit –to make them better.

Your talents (plural now) are the outlets through which you can serve your gift.  They are not unique to you but you can do them very well, naturally.  Some examples are: singing, dancing, writing, public-speaking.  They can be used for your own benefit, but they are best used to serve your gift to the world.

Your skills can be learnt or acquired to help you do your job well.  But the best skills to have are your talents which have been developed into skills through constant use, practice and training, to make sure that you are the best professional person to serve your unique gift to the world, through those skillfully developed talents.

Personally, I have the gift of teaching –conveying sometimes complex knowledge in an understandable way –and I do that best through my talent of writing, which I am skillfully developing by writing every week.

Does that make sense? I suggest you read the article (here) for further understanding.

You Cannot Manage Time
I know that time management is a huge deal these days.  But the truth is that time is a constant. Twenty-four hours each day –no more, no less!  It is not like money that varies in coming in and going out, that you need to manage it, to take a hold of it, to control it.

No, time is constant.  What you need to do is to manage yourself within time.  We know, for example, that our willpower is strongest in the mornings, and then depletes as the day moves along.  So, it makes sense to do the most productive things early enough when we still have the willpower to do so, and not when we’re home tired from work, having expended it all.  At that point, all we have willpower for is to chill with some Netflix.

We can plan our day all we want, but if we do not bring ourselves to do what we planned at the times we planned to do them, we will be disorganized, out of control, and “out of time”.

The whole of this year, I tracked and recorded every amount of money I spent and what I spent it on.  Just recently, when I was reconciling my records, I was surprised to see that, on average, the highest (variable) expense I made was on savings, which was about 15% of my income.  The next was 6% on giving to other people.  Apparently, I didn’t eat much this year because only 2% of my income was spent on groceries and eating out. Surprising!

So what does that tell you about me?  You should be able to make out the kind of person that I am based on my numbers –based on my relationship with money.  How you make and spend money can tell me the kind of person you are, and it can explain to me the conditions and situations constantly around you.

This is why a company’s financial statements, over the years, explain to you everything you need to know about that company. And wise investors look there first.  “Money answereth all things” is one saying attributed to one of such wise investors –the wisest the world has ever known.  He was speaking the language of his day –Hebrew, and the root word translated to “answereth” actually means “explains”.

What does your relationship with money say about you?  Do you know anyone that has changed since they gained or lost a lot of money?  Were they actually changed by money or was their true character simply revealed by it?

I have strategically placed questions at the end of all the points I’ve made in this article. So, please do well to answer them with your thoughts in the comments section.

I hope you had a very merry Christmas! I wish you a very happy 2017, and I’ll see you with my next article then.