#BN2016Epilogues: 2016 Really Shook Her Faith, But N* Remains Hopeful for the Coming Year 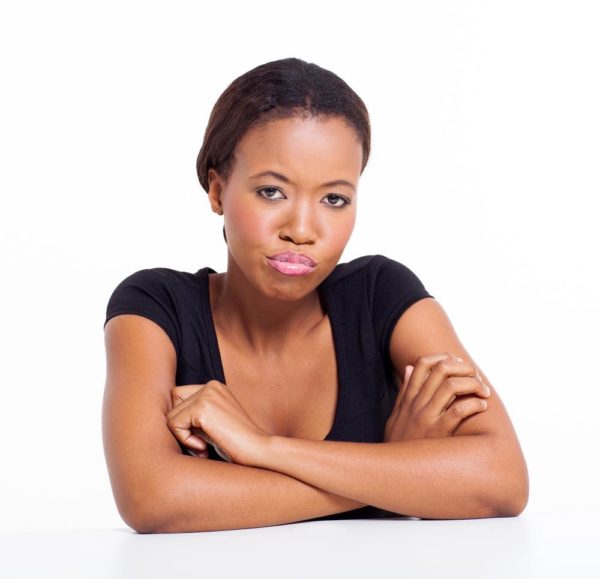 ***
Few months to the end of 2016, I can remember thinking to myself that I had to share my story at #BNepilogues2016 because my 2016 has been like an undulating graph, having its high, and then, its low points but mostly the latter. First of all, I thank God for his faithfulness because 2016 shook my faith to its core but still I choose to stand firm despite the storm.

At the beginning of 2016, I had all my plans in place and was certain before the end of the year, I would have a better job and then most likely be married (I clocked the dreaded “Nigerian” 30 in 2015). I had been dating the love of my life for a few months, and since we were on the same page, spending life together was one of our many dreams.

I remember sowing a seed just before the beginning of 2016 and asking God for a more satisfying job. I had a job but I didn’t feel like it was where I wanted to be and had been job hunting for something better, but all my efforts were futile, so when sowing my seed, my only request was for a better job as I was desperate.

On January 3rd 2016, I had a bad dream where I lost something really dear to me. I woke up while still searching for what I lost in a panic state, and as I usually do each time I have a bad dream, I prayed against it. On January 7th 2016, I lost my job due to some reasons beyond me. That was how I found myself jobless at the beginning of 2016, and with my house rent due in June 2016, I was desperate for another job. My boyfriend was initially supportive but it finally got to a point where our relationship was tested to reveal our flaws.

I remember dropping my CV at several places and not getting called but I was certain that the seed I sowed to God will speak for me eventually, one way or the other. There was a particular job I wanted so bad and prayed fervently about it. Infact, I was certain the job was mine because I started preparing for it even before I was called for the interview as it had always been a dream of mine to work at such an organization. I had applied for the job in April and did not hear from them, and had given up, and then, miraculously in June, I was called for an interview. I had literally been preparing for this chance all my life and did excellently well at the interview (according to insiders gist). I had to wait another 3 months to get an email from them that I was not among those considered for the job. I can still remember vividly how I cried when I got that email. I just could not stop crying.

It would take me few weeks to my rent expiry date to finally get supernatural intervention from a relative to pay my rent, 9 more months from January 2016 to finally get a job (might seem relatively short as compared to what others have to go through but, it’s fairly easy getting a job in my kind of profession), 4 months prior to getting the new job for my relationship with my boyfriend to fizzle out and several months of tears to eventually get to where I am at the moment.

During these trying times, I felt like God had abandoned me. How could he watch me suffer for so long when he was more than able to meet me at every point of my needs? It was one of my worse moments and I just could not enjoy being in church anymore. I attended church but with a blunt affect. Church became so monotonous and felt like a ritual one does compulsorily but with no interest. Despite how I felt, I was still stuck with God. Besides! What was life without an acknowledgement of someone who had the power over my entire existence and circumstance? So I hung on to the teeny bit of faith I could still find. It was, and still this faith that has carried me on, to the end of 2016 and that was when I found gratitude in spite of all that has happened.

As the year ends, I am grateful for every door of rejection I have faced as they have become stepping stones to propel me to greater things ahead. I am also grateful the trials made myself and my ex realise our incompatibilities sooner than later in marriage which would have been a disaster. Lastly, I am grateful for life, for the support and love of both family and true friends, because I always seem to forget what matters most in the midst of all the hustles and bustles of life.

As for 2017, all I hope and wish for is a better epilogue to share here again when the year ends. I do hope 2017 is a well packaged gift box with delightful surprises that will blow my mind. I look forward to unraveling the gift to find it contains better than what I wanted and even more. Hopefully I can say, “How thoughtful of you” to the sender of the gift. I really can’t wait!

***
Thank you so much for sending your entries. We are truly honoured to be the platform for everyone who has sent in stories for the 2016 Epilogues. If you sent your story to features(at)bellanaija(dot)com with the subject matter ‘2016 Epilogues’ please be advised that we received it and we will share it. So keep checking, and we hope you are inspired by these stories.

Kemisola Adetola: 6 Ways to Have Fun This Christmas If You’re Single