Emeka Talks: A Lesson Ghana Has to Teach Nigeria 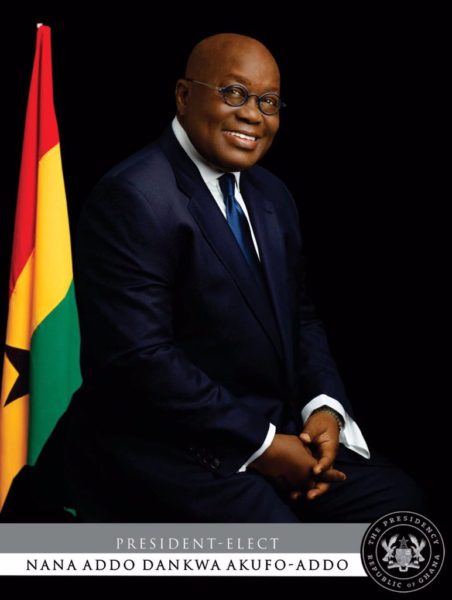 Ghana’s main opposition leader, Nana Akufo-Addo, has won the country’s presidential election with an absolute majority over President John Mahama. What’s more interesting, and becoming more like a culture in African politics, is the incumbent calling to congratulate the president to concede defeat just before the final results were declared.
The erudite 72-year-old human rights lawyer cruised to victory winning 53.8 percent of the votes, according to the country’s election agency. He’s also promised not to let Ghanaians down, and has sworn to do all in his power to live up to the hopes and expectations of his country people.
According to Mo Ibrahim Foundation’s 2016 Ibrahim Index of African Governance, Ghana experienced the eighth largest deterioration in the Overall Governance category, noting that “over the past decade, oil revenues accrued from the oil price boom between 2000 and 2013 have not been harnessed for the benefit of citizens.
This victory is quite similar to Nigeria’s, where Incumbent Goodluck Jonathan was defeated by President Buhari at his third attempt. Coincidentally, this was also Nana’s third bid for the top job, after losing to the late John Evans Atta-Mills in 2008 and to John Dramani Mahama in 2012.
Nana Akufo-Addo prides himself as an anti-corruption agent and has promised to sweep corruption out of the Ghanaian system, blasting Ghana’s poor economic growth rate – estimated at 3.3 percent in 2016, the lowest rate for two decades — and laid out a radical ‘change’ vision to transform the country’s economy.
One may be forced to think that Change is indeed sweeping out corrupt and unpopular leadership in Africa.
Quite striking about the Ghana election is how coordinated, peaceful and organised the election process was; which was further dyed-in-the-wool by election observers. There were no cases of ballot box snatching, wrong printing of ballot papers, electoral officers arriving at midnight or other similar electoral stories that make the rounds during Nigerian elections. Even more fascinating is the Electoral Commission of Ghana developing a mobile app that gave Ghanaians real-time access to officially certify results of the 7 December polls.
As much as the population always stands in the way of the argument comparing Nigeria to Ghana, I think Nigeria still has something to learn from Ghana’s smooth electoral process.
A Ghanaian twitter follower tweeted that “Ghana is consistently one of those African countries that gives the western media nothing negative to report about Africa”.
With the very many similarities with the Nigerian Elections, especially with the Change movement, and current recession; it’s hard not to wonder if Ghana will be faced with the current ‘over haul like’ situation as Nigeria, or if it’s going to be an entire different story.
Osun State Governor, Rauf Aregbesola recently described the current economic situation in Nigeria as worse than what was experienced during the civil war between 1967 and 1970.
Conversely, Nigeria’s CBN governor also recently said the economic challenge is reversible, asking Nigerians to be bold and persistent.
His words: “If well tackled, the current situation can pave the way to future prosperity. Where and when necessary, we must remain bold and persistent, and never afraid to try new ideas, as these are major requirements in a time of change. That is why I am confident that Nigeria will overcome our current challenges. – CBN governor”
Also recently, leaders of various Christian and Islamic groups in the country took a swipe at the Federal Government, noting that its policies had led to loss of jobs, closure of companies and “massive” hunger in the country.
The current administration’s efforts like the recent “reorientation” campaign(Change begins with you) has been described by some Nigerians as indicative of an inept approach to curtailing Nigeria’s worst fiscal crisis in a quarter of a century.
The frightening reality remains that after years of growth fuelled by high oil prices and expansion of telecoms, banking and technology, Nigeria (which recently was Africa’s biggest economy) is in recession.
Optimism that grew after last year’s election has largely disappeared and replaced by concern that an economic turnaround is not yet in sight. Many economists, investors, social commentators, as well as politicians believe that the current administration could have managed this meltdown better.
Inflation hit 18.3 per cent in October, an 11-year high with several states are unable to meet recurrent responsibilities and some have struggled to pay salaries all year.
It is quite unfortunate that financial pressure on ordinary citizens have largely increased this year, and the government’s response so far has failed to revive the economy. A seeming hesitation by the president to enact bold reforms is still a mystery to many Nigerians.
Beyond a few reported bright spots – seeing Oil output rebound at the beginning of November to 2.1m barrels a day following repairs to infrastructure, even though it has fallen below 2m after subsequent attacks; and a forecast that the economy will grow at least 2.5 per cent in 2017 if output is maintained, barring further production problems; Nigerians are still well sited at the receiving end of this dreaded economic recession.
Moving on from the election connexions in Ghana & Nigeria; will Ghana’s style of change champion an economic growth in Ghana that would possibly inspire Nigeria, or become such that Nigeria can at least draw a few other lessons from? Only time will tell.
As we wait to see things unfold, and on a much lighter note, many still believe that Nigerian Jollof rice still holds superiority over Ghanaian Jollof rice.

Akanna Okeke: Are You Happy Tomorrow?