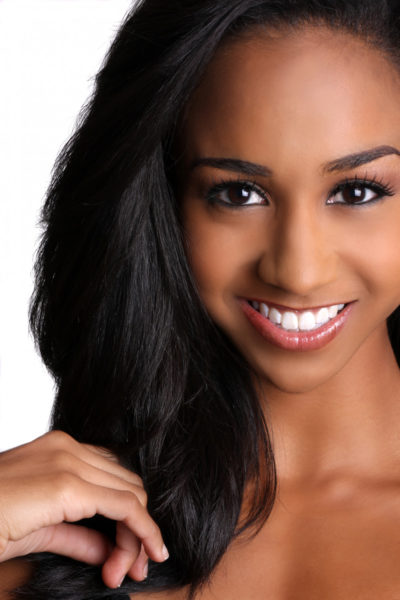 If you are active on social media, you must have noticed the popular words like ‘Strong woman’, ‘my ride or die’, ‘blessed’ ‘motivated’, ‘I love my job’ ‘happy girls are the prettiest’, ‘no filters’, ‘mumpreneur’ as well as the overnight inspirational speakers that have arisen.

I’m really indifferent to this but I’ve noticed there’s been some argument on who a ‘strong woman is’. So to my future daughter Olaigwe, this is my definition of a strong woman.

A strong woman lives peacefully with those around and never abuses any one. To her, strength is power under control.

A strong woman loves wholeheartedly and gives to society.

A strong woman understands that loving someone doesn’t mean putting up with their crap, and so no matter how great the love she feels or how great the fear of being alone, she walks away from people who are bad for her. Remember God – he is love, but people still go to hell.

A strong woman defines how people should treat her by lovingly and firmly setting standards. She understands that not everyone will meet those standards, but that is okay  – because there are over 6 billion people on the planet, so those meant for her will come.

A strong woman feels fear, pain and hurt but she never holds on too long to them; she walks away, darling! She walks away.

A strong woman is NEVER a victim; she understands that the burden of freedom is responsibility so she takes responsibility for her life. Don’t get me wrong, bad things happen to her but she sees the situation for what it is ( usually from good counsel) and gets out of it and she refuses to play victim.

A strong woman has the spirit of gratitude. She doesn’t take the blessings she has for granted even while working towards something better and when she is in a bad situation she still gives thanks because she knows that everything works out for good in the end.

A strong woman knows the power of good associations and counsel so she has a listening ear and picks a powerful group of friends. You will find she has an exciting circle; the super-achiever, the cabman with a good sense of humor, the friend with the native sense, the fashionista, the fine boy etc. She sees people for the beauty within and judges them by the content of their character, hence her circle is rich and diverse; her associations are mutually beneficial.

A strong woman knows that she is the CEO of her life and acts like one –  taking charge of everything and with the resources around her she gets to where ought to be.

A strong woman defends the weak and protects them. She speaks out for them and to them lovingly and sometimes the good old fashioned Nigerian way of ‘You no get sense? why you dey fall hand like this’. She never beats a man when he is down and even if, the weak person clearly saw the signs, she knows that’s not the right time to say ‘I told you so’.

A strong woman accepts her weaknesses, because she knows that having weaknesses doesn’t make her weak; so, she doesn’t cover up or try to create a false impression of strength or a super person.

A strong woman owns her truth, she is authentic and true to herself.

A strong woman doesn’t compete with anyone. She made the choice a long time ago to excel not compete.

A strong woman has good character. You will notice she hardly gossips, backbites, bullies, puts people down or displays certain sociopathic behaviours – not because she is perfect, but because she is whole inside and so naturally gives out good.

It is difficult to use or manipulate a strong woman (and if you do, not for too long), not because she is the most intelligent of them all but because of who she is. She sets standards and has no problems if people don’t meet them, she isn’t competing with anyone, she doesn’t hold on to bad decisions for fear of appearing weak or because the pics on the gram look good so it’s really difficult to manipulate her. And using or manipulation is not just about a man but also those friends ( and indeed people) with an entitlement mentality that are super users.

A strong woman forgives; herself and those who hurt her and she also understands that forgiveness doesn’t mean you still get to be in her life.

A strong woman doesn’t do drama; she ain’t got time for that.

A strong woman has once been weak; for how can you appreciate strength if you have never been weak? But remember, she acknowledges when she is weak and does not pass it off as strength.

A strong woman allows people live their own lives; she understands that everyone has their own path and no one has all the answers so doesn’t impose her opinions on others. She picks the right avenue to offer advice where necessary and in other cases, she says a prayer for others and wishes them the best.

A strong woman is strong because she knows she has a God in heaven who doesn’t sleep or slumber because he is mindful of her. The one who made her in his own image, called her by his name. Her belief and trust in who he is and his love for her is what makes her strong.

Kingsley Umeh: 10 Business Ideas You May Consider If You Have Very Little Capital