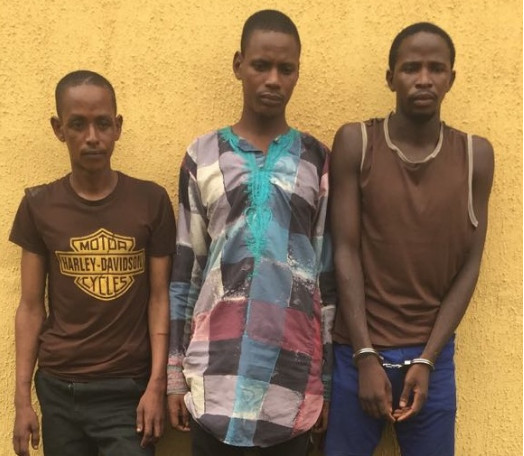 The Nigerian police claims its Intelligence Response Team (IRT) has  arrested three of the suspected kidnappers that murdered a senior staff of Dangote Group and also kidnapped five expatriates working for the conglomerate.

According to a statement, police said the three suspects were arrested December 3rd.

They were identified as Abubakar Gide, 24; Abdullahi Salihu, 22; and Babuga Adamu, 25.

Police PR officer, Don N. Awunah said the suspects have led the police to their hideout in Ijebu-Igbo, Ogun Forest where  3 AK47 rifles, 6 AK47 magazines, and 160 rounds of ammunition were found.

Awunah also said efforts are in progress to arrest other gang members.