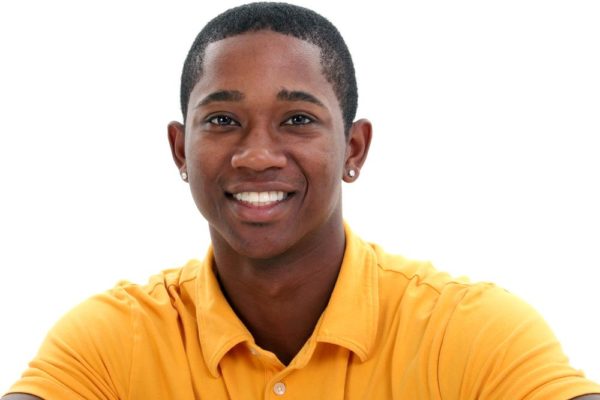 There was once a kingdom that was expanding into an empire.  No one fully knew its origin, and everyone feared its king.  He was a great and mighty king who led his army to conquer many nations around him, growing his kingdom into the biggest and strongest empire on the continent.

The king had a son, a prince, who was brought up to be an ambitious young man and a ruler in the making.  He saw that his father was now looking to expand his territory, even further, across the seas to other continents.  So, he decided to position himself appropriately as he wanted to rule his own kingdom, and he wanted to rule it now!

He then asked his father, the king, if he could give him one of the nations far away, in another continent, to rule.  He wanted to be a king, not a prince, and he knew that there could be no two kings in one kingdom.

His father was a bit concerned and asked him if he was ready to become a king.  Why couldn’t he just wait for his turn, when he’s mature enough and the throne is vacant?

The young prince refused.  He pestered his father to give him a kingdom to rule over.  His father acquiesced eventually, but told him that he would be a co-regent with him. This meant that he would be king over that far away kingdom, but would still have to submit to his father’s authority.

He was in a hurry.  He wanted it so bad, so he agreed to the arrangement and declared that he was ready to be sent off to his new kingdom.  His father shipped him off across the sea to the new continent to rule over a large country there.  Along with him, his father sent male and female servants, plenty of gold and silver, some grain and cattle.  He also sent with him some of his army to protect him and help him take over the land, as well as a small council of elders, who knew and understood the laws of the kingdom, to teach it to the natives  and thus subdue the new land.

The young king got to his new kingdom and loved it there.  Everything was made easy for him because his father’s government took care of most things such as protection by his military, the economy through his continuous supply of gold, and order; by his constitution.

All the young king had to do was to cultivate the new land so that it became self sufficient.  Once it got to that state, the young king began to question his need to share authority with his father.  His father would often visit and whenever this happened, the young king was considered a prince (and addressed so) until his father left and returned to his own kingdom. This angered the young king.

He figured the land was now generating its own subsistence; he could train the natives to perform many of the economically improving tasks, and draft some of them into the military.  Besides, he wasn’t too thrilled about having to ship ten percent of his kingdom’s produce to his father’s kingdom every year.

He began to resent this whole arrangement. He wanted to be lord over himself and his own territory, not a mere colony of his father’s kingdom.

So he gathered the elders and men of esteemed position in his little kingdom and they came up with a cleverly drafted resolution to extricate themselves from his father’s rule.  His father objected to this and tried to help his son see reason as to why he needed his empire to be involved with this little kingdom.  The young king was obstinate, and proceeded to break up ties with his father, severing all communication channels that ran between the two kingdoms.

The young king carried on living without his father’s influence.  These were the best years of his life. He had so much freedom and complete authority.  He became supreme ruler and trained an army to quiet down other aspiring rulers.

By now, his people were dying from starvation.  The young men were growing weak and, as a result, his army was no longer as formidable.  Neighbouring nations that had been envious of this prosperous kingdom noticed this growing weakness and decided to attack.  They penetrated his kingdom and besieged it.  It was only the area surrounding his palace that was unoccupied at this point.

He became frantic; he didn’t know what to do.  He sent off some of his envoys to sail to his father’s kingdom (at great risk of being captured) to let him know what was happening.

The attacking army gained in on him, closer and closer, and besieged a lot of his territory.  His castle was fortified and this was his fortress.  Unfortunately, his fortress had become his prison at this time; because he couldn’t even so much as look out the window lest he be struck by his enemy’s arrow.

His envoys got to the empire in time.  They informed his father.  His father acted quickly and sent his fastest ships with his strongest soldiers to go rescue his son.  They swept into the land from all angles and destroyed the attacking army.  They rescued the king and restored his kingdom to him.

They also brought a message along with them to him, from his father, which said:

“You know, if only you maintain access to my empire, open up communication, and implement my laws in your land; I will give you all you need to expand your kingdom. You will dominate even the entire continent with my help –my armies, my gold, my grain. You will have access to my empire, which is far better than owning your own little kingdom with its limited resources. Sign this treaty now and partner with me as co-regent to dominate the earth together!”

The young king signed the treaty.  He was once again co-regent with his father.  His kingdom grew to dominate the entire continent and his father visited him from time to time. Whenever this happened, he always paraded his father as king and happily assumed the humble position of “Heir Apparent”. This was so fitting because anytime he humbled himself that way; his father always exalted him by adding another conquered nation to his territory.

The young king developed a healthy respect for his father.  He found that his father loved him even more than he loved himself and that he was even more ambitious for him than he was for himself.  And he decided forever to yield his will to his father’s, as his agenda was much greater.

BN Prose: Today, I’ll Be an Octagon by AnuOluwapo Adelakun