Atoke's Awkward Banter: Vexing Because You Did Not Hear From the Horse's Mouth 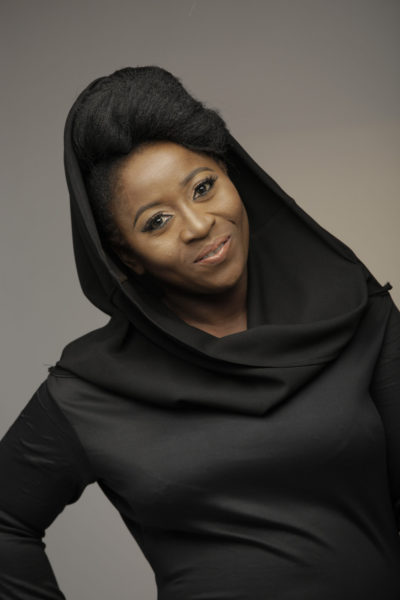 The older I get, the more I realise that this world is not really as difficult as we make it seem to be. However, Nigerians, have this strange way of minoring on the major, and majoring on the minor. So, basic social cues, and living experiences feel like we’re constantly calculating the math required to send a rocket into space. Essentially, we like to ‘tight the world to our chest’. Everything is a trigger for anger.

Someone once said that it’s the heat in Nigeria that makes everybody angry and irritable. Maybe, maybe not; but let’s take a closer look at some of the things Nigerians get angry about.

“She gave me poundo yam, not actual pounded yam” – I just started watching a show on IrokoTV, called Husbands of Lagos and this was the issue in the first scene of Episode 1. The man threw such a tantrum, I started to wonder if it was more than just food. Yes, there are grown men who really huff and puff because of food!

“She didn’t wish me happy birthday on Instagram directly. She only reposted Nifemi’s post” – Because I am old school, I’d need someone to explain why this causes so much anger. I see people apologising profusely on Instagram for ‘posting this late’ and I simply cannot wrap my head around it. Is it ever that serious?

“He paid the toll fare with his left hand. Such disrespect” – The left hand was geographically closer, though. Collect the money so the queue can move, please.

“You didn’t tell me OUR daughter was getting married” – This one still leaves me befuddled. As the offended party was a friend of the mother of the bride. The issue she had was that, she was not accorded the honour of hearing this important news directly… from the horse’s mouth. The issue was not that she heard there was going to be a marriage oh! Nope. It was that it did not come from the right communication channel.

Guys, this is a big deal for some people; and at some point in my life, I was guilty of this, too.
A few years ago, a younger cousin got engaged and did not tell me. It wasn’t really an engagement the way y’all do it these days with squeals, rings, and candid videos. It was more like her boyfriend’s people had indicated that they were going to come and meet her people. So, I came back from work that evening, and my mother mentioned it in passing.

See, I can’t even lie…I was quite upset. I remember going to bed that night conjuring all forms of reasons why she did not tell me directly. Her room was right next door to mine. How could she not have told me? Was I such a terrible person? Is it that she felt that I wouldn’t be happy for her because I was an older, single cousin? And on, and on… my mind churned and churned till I fell asleep. I was mad because, mosquitoes were biting me, the generator had gone off, the MTN mast behind my room was making noise… and most importantly… because my cousin did not ‘use her mouth’ to tell me that she was getting married.

That incident is one I always recall with embarrassment. What did it matter that I did not hear the news from her? Was I happy for her? Yes. Was I going to attend the wedding? Yes. Ehn, what was the issue? Other than my bruised ego, that is! I was hurt, because in my estimation, we were closer than for me to hear such big news from a third party. But how was that her fault? I was the one who had the expectation of closeness. I was the one who worked myself up into a frenzy. Ultimately, I was the one who was mad.

Being older, and wiser *flips sunglasses*, sure changes the way we react to things. Or maybe sometimes, we simply get over ourselves, and see that not everything is about us.

I’ve come to realise that the earlier we achieve this higher level of zen, the more at peace we’d be with other people. You’ll even sleep better at night. Imagine the hours of sleep I lost wondering why someone did not tell me directly that they were getting married? On a night preceding another work day oh… Kai! I had time.

A couple of years ago, my friend lost her dad. Her parents had travelled to Asia for a conference and her dad passed away while on the trip. If you’ve had to deal with an unbudgeted ‘abroad’ death, you’ll know that what happened was a serious thing. The wife of the deceased was suddenly faced with the issue of police clearance, death certificate, unbudgeted money for morgue, and the almighty cost of moving the corpse back to Nigeria. All of these, in addition to the loss of her beloved husband. The woman was going through a really difficult patch.

Anyway, so while this woman was dealing with autopsy report and all that, the news had broken in Nigeria amongst family members. People were calling the kids to condole with them and ask for information on how they could help. Lo and behold, my friend got a call from her mother’s brother, complaining that it was wrong that he did not hear of the Papa’s death from his sister. He was quite offended that his sister did not call him directly to tell him that her husband died. He had heard from his son. Why didn’t his sister call him?

As I listened to this story with incredulity, I couldn’t help repeating the question: “Was he joking? Or was he seriously upset?”

She confirmed that he was not joking. He had even expressed his displeasure to her other siblings.
Okay, Uncle, Mummy is sorry she didn’t take time out, from looking for an airline that will bring Daddy’s body home, to specially inform you.

These things happen every day; we always find a reason to give ourselves something to be angry about. You get mad that your friend had a baby and did not tell you there was aso-ebi for sale. You were upset that your friend arrived in Abuja on Thursday, but he did not call you until Saturday morning. (This one may not seem so ridiculous on paper… just wait until you hear a conversation where one person is asking for specific details of when you landed ‘gan gan’. “So, you’ve been in Abuja since Thursday, and you’re just calling me. Na wa oh!”)

Ehn, but he sha called you. Unless the person owes you specific details of their itinerary, isn’t this just another reason to vex for the sake of vexing?

While I cannot prescribe what should or should not piss you off, I can suggest a few things that can help you attain peace of mind when you find yourself sliding down that slippery slope of vexation.

-Step away from yourself for a quick minute.
Strip yourself of pride, ego, and all forms of selfish thought. I understand that being overlooked or under-estimated can hurt. But, if you have to go soliciting the honour, doesn’t that defeat the point? Put away your pride, and calm all the way down.

-Try and take a rational look at the thing that is making you upset.
Honestly, if we carefully rationalise the things that get us mad, we’d see that there’s no point. In fact, a logical unraveling of the circumstance may end up making you looking silly. The long term goal is to NOT be silly.

-Don’t hang around with people who will fan the flame of your discontent/dissatisfaction.
This one may be the hardest thing, but it is the most effective way to pull yourself back from the precipice of protracted irritation on a silly matter. Picture this: your favourite office ‘friend’ had a quiet dinner for close friends to celebrate her 30th birthday. Of course, you’re sure that if girl is counting her friends, you’d make top 10. Then you end up not knowing that there was a dinner. You find out on Instagram. *gasp* Sacre Bleu!
After doing the first two things I suggested, refrain from discussing the issue with other ‘slighted office people.’ The full frontal headache that will ensue, ehn… It is not worth it.

Live at peace with all men. Try…
And if you cannot, at least don’t make trouble. Life is too short to have a cardiac arrest over inane issues.

Grace Efezokhae: When You Go to Visit the Bereaved…Don’t Make the Pain More Difficult

Jachike Samuelson: 5 Things I Learned From a Nomadic Life