HaroldWrites: Has The Society Failed Men? 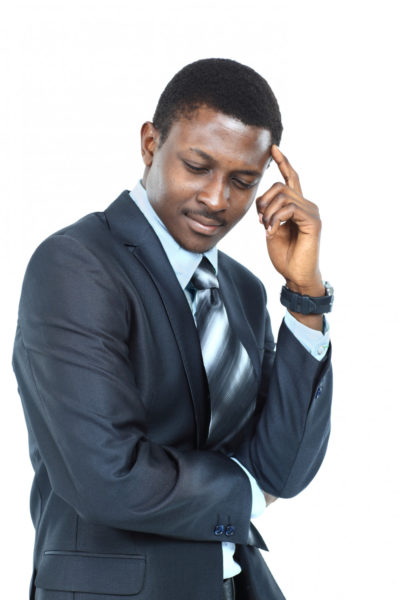 I recently wrote on the legal implications of Kemen’s disqualification from the Big Brother House. One of the feedback I got was a call to write about Multichoice’ blind eye to Debie Rise’s sexual assault on Bassey. I have resisted obeying this call because I think it might be misinterpreted. Some might think I want to trivialise Kemen’s action by calling for similar sanction against Debie Rise. My position as canvassed in my article is: Kemen was wrong and he was punished for it, although I believe he was only punished due to the pressure on the Organisers from viewers. If the Organisers decide not to sanction Debbie-Rise who committed a similar act, that is their prerogative.

The Organiser’s prerogative not to sanction Debie Rise is a direct consequence of viewers not piling as much pressure on them, the way they did in Kemen’s case. And whether you accept it or not, the foregoing scenario mirrors how the larger society treats issues affecting men and when same issues affect women.

Sometimes, I joke with my friends that, men are an endangered species of the human race. As a man, the society expects you to go through life, endure certain things, achieve some feat, be strong and decisive, take tough decisions etc, simply because you are a man. Sometimes, the society does not care about your emotional or mental structure. Or even, circumstances surrounding you. They ascribe responsibilities to you, just because you are a man.

The expectation the society places on men, is not commensurate with the care and protection accorded them. When people hear of an atrocity committed by a man, they just look at the act and condemn the man for it. Rightly so. But then, when a woman commits the same atrocity, there is always an explanation for why she did it. For example, studies show that, married women generally cheat because of an emotional void caused by their husband. The husband must have pushed her to that point. Maybe he neglected her. Or the woman probably caught him cheating, so in revenge, she paid him in his coin.

Some months ago, an OAP published a book where she said unprintable things about her husband, including that he gave her an STI. Without hearing from the man, everyone concluded that the man was guilty as charged and called for the man’s head. I mean, men are known to be scum, so yeah, he did it. After all, he had a child out of wedlock, so he definitely gave her the STI.

Whilst I am not exculpating men or making excuses for their wrong actions, the thrust of this article is to emphasise that, men are not infallible and there might be other root causes of many wrong men commit which the society is ignoring. Men do not commit wrongs simply because they are men and were wired to do so. People need to get rid of this notion that all men are the same. Men are humans and humans are infallible. Each person has his individual tendencies. Each person has his life experience and this experience in turn makes him who he is. A damaged boy child will grow up to be a damaged man if nothing is done. And this is where the society has failed the man. By failing the boy child.

Let me give relatable examples.

Growing up as kids, we know how circumspect our parents were with our sisters. If an uncle comes to the house, our mothers were likely not to let our sisters sit on that uncle’s lap. The opposite is the case when the visitor is an aunt and she wants to lap our brother. Nobody kicks against that. It is not even an issue. Is it because the boy child cannot be molested?

Again, if all the children returned home from school late, our parents would be more particular about where our sisters had been to. As for the boys, if we lied that we were playing ball after school, that would be the end of the query. Worst case, they would beat us and caution us to return early next time. But if it were to be our sister, they would check her pant – in and out – and ask her very specific questions. It was like, there was just this nonchalant consciousness that, only girls could be molested. So, our parents would do everything to protect our sister, the girl child.

In Government, there is a Federal Ministry of Women Affairs and numerous other State Ministries of Women Affairs. There is none specifically for the men or boy child. When a Governor wins an election in Nigeria, one of the pet projects of his wife, the First Lady, is to float an NGO or an Initiative primarily focused on the girl child. Even if the pet project is couched as unisex, special attention is paid to the woman or girl child. Martha Udom of Akwa-Ibom did it. Lara Oshiomole did it when her husband was still in power. Rachel Umahi of Ebonyi State did it. Even Michelle Obama travelled the world in a campaign to educate the girl child.

In churches and schools, girls are taught not to dress scantily so as not to provoke boys to rape them. I think this is a wrong mindset and approach to the rape dilemma. What happened to teaching boys not to rape girls or take advantage of them? Since it is generally believed that men are the major perpetrators of the rape culture, why hasn’t the society designed a system to teach boys not to rape, rather than teach girls to protect themselves? Why don’t parents give their male children the sex talk? Don’t boys deserve to be counselled on sex education?

Talking about counselling, the society seems to forget that, a molested boy child today, will become an adult who molest children tomorrow. Or a rapist. Or a pervert. Unless there is an early intervention or he is saved by grace. These days, female Celebrities from Nigeria are being physically abused by their husbands. Do we know if these men come from homes where their fathers used to beat their mothers? These boys witnessed the beatings. Did uncles, aunts and neighbours of boys from such homes counsel them as kids that, it is never right to hit a woman? Or they just assumed the boys will snap out of the experience? They are boys after all. Now look at them today.

A lot of men we see today were damaged psychologically as kids and nothing was done to help them. No one paid attention to them. Everyone assumed they would get over it because they were boys. I think if we must build a new generation of men who don’t rape women, husbands who don’t beat their wives, boyfriends who don’t play with the fragile hearts of their girlfriends, Pastors who don’t take sexual advantage of their female members, fathers who look after their families rather than their side-chicks, men who excel in their chosen fields, male CEOs who don’t look down on their female colleagues and see them as subordinates but as equals etc, then the society (family, religious & political  bodies, educational institutions etc) must make it a priority to pay attention to the boy child. The boy child  deserves to be given equal attention, opportunity, education, care and protection as his female counterpart.