The Journey to 'I Am' with Tolu Falode: She's Not the Girl You Used to Know 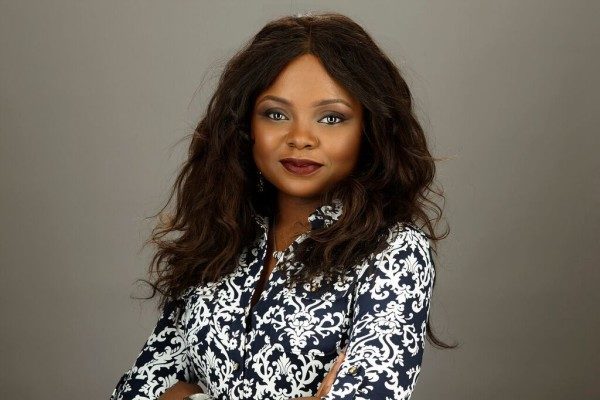 You once thought she would never leave you. You thought she would stay with the abuse even though she told you, you hurt her in so many ways she stopped seeing you. All she saw was pain whenever she looked at you. She reached the point where all you reminded her of were her mistakes. She no longer saw who she thought she had committed to. But you never expected her to become this woman did you? You never thought she would find the courage to leave.

I mean how could you? You thought she was the same as all the others, didn’t you? She saw all this when she looked at you. When she was quiet she was thinking it all through. Well, that girl grew; she changed and she left you.

She became the woman that stands before you. You didn’t expect it did you? She doesn’t blame you; after all, it was also her fault for staying too.

She no longer regrets those days she loved you. She is thankful because they led her to the woman she knew, the woman within who was still pushing through…silently fighting those moments she felt used.

You saw what she showed you. You saw love still developing into trust. You saw a girl that was ready to never give up on your bond; but you betrayed what she gave you. So you used and abused what she told you. You turned her words into ways to make her feel confused. You enjoyed her pain and she noticed this too. She just couldn’t believe how much you changed and so quickly too.

She saw your sadistic rage – how you changed her pleas into words that made her feel stale. You made her nearly rotate in confusion, whenever she thought of you. You were good; your words were always spiced with just the right mix of malicious and manipulative into some sick stew that she drank, because she believed you. But you see she saw through it too. She saw how your rage never seemed to stay in one place; how you bottled up your pain; how it always slithered like some diseased snake, ravaged with the desire to poison everything in its way.

Eventually she became the woman standing before you; the woman you would not recognise, because she no longer knows your name. She grew out of that phase. She no longer has the same lovestruck look in her eyes-you opened her gaze. You taught her so well, she still surprises herself with how much she gained.

From that raw experience of pain, she learned she would never be treated that way again. She learned never to give trust up so easily, where others chose to stay ashamed. She learned to listen to actions instead of words. She learned to trust what people were made of. She no longer gave where there was no consistency. She no longer cared about those that failed to communicate their intentions clearly. She didn’t have the patience for those games. She had seen enough to know when a man wanted what he claimed to desire. Hhe didn’t risk losing it all in a second. So, he did not claim she was paranoid and decayed. He listened to every word she said in her attempt to communicate.

The girl you knew was once weak because you abused the core of her identity. She showed you everything she was, is, and could have been, and you turned it around for your own selfish desire and needs. So, she was forced to change.

She stopped loving you. She learned to gauge where love would not be abused. She saw through men that spoke confidently but their actions showed no sign of integrity. So, she thanked you. She never thought she would reach that stage. You had showed her so much pain, but she thanked you – because you had also taught her something powerful in those lonely days.

So when she said thank you, she meant her gratitude. She sometimes becomes bewildered trying to remember what she ever saw in you, but then she laughs at how you so shifted her point of view. You taught her to see her true worth. She no longer needed others to fill that void.

She wishes she could go back to who she was; starved for attention because of you, she would feed her one powerful ounce of truth. In midst of lies it may have helped her pull through sooner, rather than later. She would say: he may no longer cherish you but you would soon realise you deserve much more than he could ever give to you. It may not seem so now, but he would become a part of your past. And when that truth dawns on you, you will find the courage to push through. You will be grateful too. You see that woman presently in your soul calling you? You would birth her, and her story would begin. You would no longer be the girl he once knew.

You would become a woman on a mission with a partner that truly cares for you.

Related Topics:The Journey to I Am with Tolu FalodeTolu Falode
Up Next

Lolade Adewuyi: Sunflower Seeds Came to the Rescue in a Land without Egusi