Uloma Ezirim: What Will be Will Be 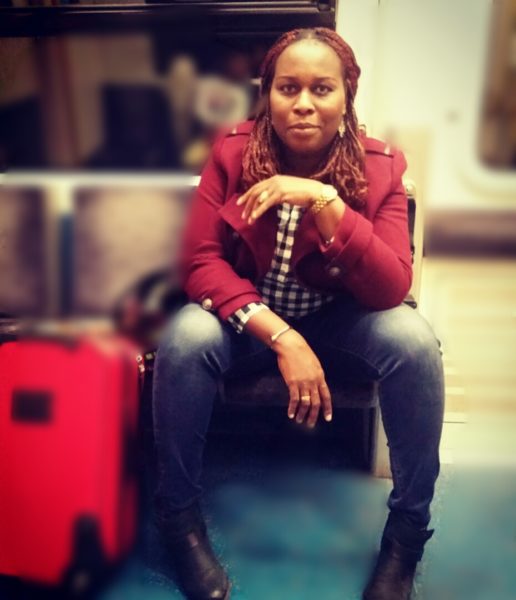 Ify worked as a branch manager in a very popular bank in the city. At 37 she was single, had no children and lived a very modest life. She spent her time relaxing at home or attending choir practise – she was a devout catholic. Somewhere within her she had just about given up on finding a husband. Every birthday, she would bring in a birthday cake to work and celebrate with her team members who would whisper about her single status. Incidentally most of the team where married.

Just before her 38th birthday, Ify met this man in church who was an established doctor in the US. He was in the process of opening up a hospital in Lagos as part of his plans to relocate. His father already had a practice and had put pressure on Ike to return home. He stumbled on Ify in church and he was hooked! It is 5 years after marriage, Ify is pregnant for baby number 4 and has taken a leave of absence to focus on family life. Bumped into her recently and she is one happy woman. What will be will be.

***
Remi got married to her childhood sweetheart at the age of 25. She had known Yemi since they were 17 and they both attended University in the same city before they eventually got married. 7 years later and they are still trying for a child. They present a united front, love each other to bits and are working together to undergo IVF. I never met a more united couple. What will be will be.

***
Benardette graduated from the University at age 24 and she got married to her colleague at work. The beatings started almost immediately after the wedding. As is typical of most African marriages not having a child compounded the issue and she was kicked out after 8 unhappy years. Alone, she continued to focus on her career until she met Steven who would be her 2nd husband.
After 3 years of marriage, Steven asked for a divorce as he believed Bernadette could not give him a child. They had tried several treatments but nothing worked. Knowing that Benny as we refer to her, had not had a baby in her first marriage, made him less patient.

Benny is now 43 and alone again. She was thriving in her career, acquired a couple of properties but she was still restless and lonely. She took a leave of absence and came to the UK for a Masters program. At age 46 she met a 44 year old Briton who believed she was the prettiest thing that ever lived. At 44 Bob had never been married and was almost a confirmed bachelor. Benny gave him a new lease on life as she provided that excitement and love he craved. They have both been married for 3 years now and are waxing stronger and stronger. This union is about living out the rest of their lives as lovers and best friends, having children is not the focus. Benny has made peace with the fact that maybe she was never meant to have children. They are happy and I see them strolling hand in hand in the park every now and then. What will be will be.

***
Eloho came from a close knit family of 7. She was an only girl and the last child with 4 brothers. She finished school at 23 and started working immediately afterwards. As she progressed in her career she longed to get married and start a family. Her elder brothers had all moved on to various parts of the globe. It was just her and her old folks. At 30 she decided to rent her own flat for some level of freedom. She went on dates, to church, shows, conferences; wherever there was a gathering Eloho showed up in heels. She was slim, beautiful and brilliant but for whatever reason Eloho was still alone. Eloho gave herself a deadline, she would have a child if after 35 she did not meet anyone.
At 36 alone still, she went ahead and planned for a baby via a donor. 4 years later, Eloho was on a vacation to Disney Land Paris and while on the plane, her beautiful daughter Emily took to another little girl on the plane. Emily’s friend was 4 and had another brother aged 6 and they were travelling in the company of their dad. Dad was divorced, lived in Paris and it was his turn to look after the children and he was on his way back home from the UK. He struck up a conversation with Eloho and they both agreed to hook up at Disney the following day with all the kids. It was a blended family in the making, the wedding is in fact this summer. Wonder if I’ll be invited. What will be will be.

***
All four stories are very true, which is typical of my articles. Let’s hope someone out there is smiling and connecting with these stories. When you get the chance please visit www.diasporachronicles.com for tales like this. Cheers!