Charly Boy: My Stand on Nnamdi Kanu and Biafra 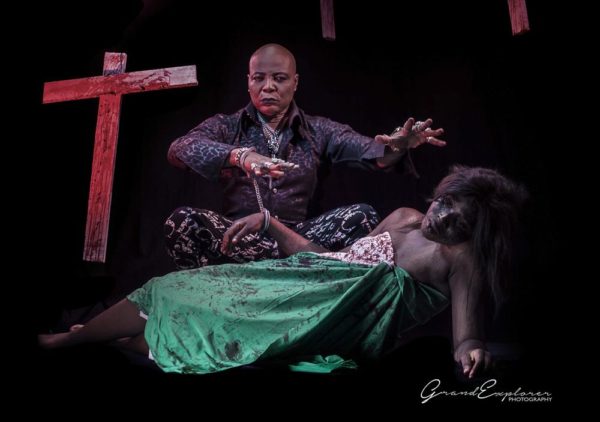 I am aware that my recent picture with Nnamdi Kanu at Federal High Court, Abuja, has generated a lot of reactions and comments; some witty, others dim-witted, not that I blame them though. I am also aware that the picture has encouraged a vast number of people to take a decisive position on whether or not Biafra is the right cause. Even more, I am aware that the picture has left many people confused and skeptical of reports that I am now supporting Biafra. Na wa. I would like to say for the umpteenth time, that, I am Not in support and will never be in support of a country to be called Biafra. However, I am a Biafran in my heart, period.

My reason, however, for visiting Nnamdi Kanu in court, was to make my discontent and disillusionment on his prolonged incarceration known to the federal government who have kept him behind bars for too long. If the government have issues with Nnamdi Kanu, let them charge him to court and let the rule of law decide. For whatsoever reason, no man deserves to be ill-treated in his fatherland as Nnamdi Kanu is being treated. Hence, the need for my interference in the ever-growing call for his release.

Some time in January 2017, I wrote about my thoughts on the Biafra agitation and how I do not consider it a feasible adventure especially when there are so many important things my Ibo kindred can alternatively dedicate their all to. I titled the article “The illusion called Biafra”, those who haven’t read it should read it up because what I wrote therein will always be my stance on Biafra.

Back then, I had written that the dreams of nationhood is lost on the alter of deception, and my Ibo people must be circumspect of this fact and not be hoodwinked into some insane propaganda that will only lead to more wahala. So, instead of Biafra, we should channel our energies and abilities towards developing the South-East to become the economic-hub of Nigeria.

The fight for Nationalists who will drive the discourse and the engagement necessary in answering the Nigeria National questions must not be bugged down by petty sentiments and tribal colourations. Abi… Didn’t the fall of Biafra after the genocide, starvation, and immense suffering of my people teach us anything?

I Believe the Failure of the Igbo nation is the fault of the people, her elites and decision-makers. Why have we not poured our energy, capacity and ability into making the South East the Dubai of the Nation as well as the engine room of the Nigerian Economy? Who would be our leaders when the south east is infested with political power-grabbers, 419ers, mindless criminals and looters of our commonwealth and resources? Need I mention names?

Our problem is the lack of men of integrity and a progressive mind set. We lack the right kind of leadership that will fight for the interest of the People. Let it be clear to all that the sufferings and malfeasances of the People from the South East is also the sufferings and malfeasances of the peoples from the other geopolitical zones in Nigeria. Even the nascent anti-corruption fight in the country has seen all tribe accordingly represented. It is therefore retrospectively insane to begin to think that a people with a problem would suddenly be relieved when they are attached with a tag #BIAFRA; Abegi.

Therefore, I conclusively insist that Our Mumu Don Do because; The Failure of Leadership is evident in our agitation for Fairness, Justice and Equality for every Nigerian not just for every Igbo man. And so the Mind of the typical Igbo Leader Needs a Revolution so that it can be realigned for the Interest of the People rather than the interest of a few.

Comrades, Let’s focus on our homeland, Naija and begin to demand accountability and responsibility from many of our Scammers, Riffraffs and Fraudsters in the entire nation.

Governor Sule Lamido of Jigawa state was quoted last week as saying that Nigeria cannot break up because members of the elite are united in preserving their advantages over the masses irrespective of their differences of tribe and religion. Straight from the horse’s mouth! A candid admission that, it is the elites who run Nigeria’s affairs that has kept “the common man” squalid, wretched and “in hell” despite the nation’s enormous oil wealth.

We see the ruling elite quarreling and calling each other bad names—but it’s just a game intended to fool the public: in reality, they are quite united in quietly sharing the money and delivering little or nothing to their various constituencies. They have a stake in keeping the country exactly as it is—weak and confused and easy to exploit.

Again and again, I dare to ask that we pause on the fantasy tagged Biafra for now. Let us dutifully work ourselves back into reckoning, by Fighting for Fairness, Justice and Equality for all Nigerians; Not Igbos Only; Yorubas Only or Hausas Only but all Nigerians.

Nengi Phil-Ebosie: Few Things to Note Before You Embark on Stock Investments