Akanna Okeke: 4 Wrong Mindsets You May Have About Money 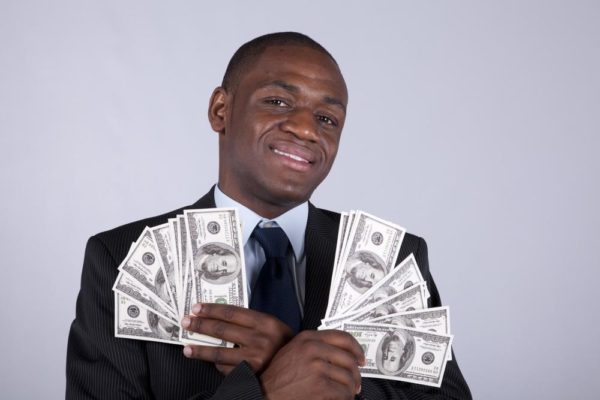 In my last article of 2016, I discussed five discoveries that ‘blew my mind’ that year.  The last one was that “money explains everything” I explained that how you make and spend money can tell me the kind of person you are
It can explain to me why you have certain conditions and situations constantly around you.

Your relationship with money simply boils down to your mindset. Money simply reveals (or magnifies) who you truly are, deep inside.

Some people subconsciously avoid making or receiving a lot of money for fear of revealing who they really are. Many of us cannot handle that aggrandized base-self of ours.

You are what you think. So, just as the way you handle money reveals who you are, what you think about money will determine how much of it you will ever have, and how you will handle what you eventually have.

These are four limiting mindsets around money. They are common misconceptions that limit people from either making more money or handling the one they currently have, appropriately. Or both!

“Making Money is Immoral”
I don’t think this is a common mentality in Nigeria, because we are quite entrepreneurial, due to the abundance of tough days in our years. But with globalization and the love for Western movies, we have been exposed to the depiction of rich businessmen as villains.

Most superhero movies have the protagonist fighting against some rich businessman or an exclusive group of rich folks. Western politicians make their candidacy more appealing to potential voters by campaigning against “rich capitalists” and promising to tax them more and then redistribute the money back to the people. News on financial crises highlight the greed of corporate executives and severely downplay the role of the also greedy consumers and the failures of the regulatory government agencies.

These send a wrong message to the sub-conscious audience that making money is taking money.
Taking money is stealing, and that’s what is immoral. In that case, you have more money because someone else has less. And by the way,that’s what you engage in when you play the lottery or gamble at a casino.

That’s the big picture that people with this mindset of “making money is immoral” fail to see. They think that the rich get richer because the poor get poorer. In a community with a good economic system like capitalism for instance, this is not the case. The rich get richer because they create value which in turn makes others richer even as they themselves keep getting richer.

“Just Work Very Hard and You Will Make A Lot of Money”
There is certainly a place for hard work, but it should be combined with something much more important and effective, which is ‘smart work’.
This could mean focusing on your areas of strength instead of your weaknesses.  It could also mean having an ‘ownership mindset’.

Ownership is the first ingredient to financial success/accomplishment.  Working hard for someone else will make them a lot of money and you, the leftovers. Working smart is when you have sizable ownership over the source of your income, first, before you then go ahead and work as hard as you can; pumping the pump, and receiving exactly what you’re worth as compensation.

Owning your own business is key, or being a partner in one. A teacher’s pay isn’t going to sky-rocket until she probably owns her school or becomes the principal of one, or even arranges after-school lessons to take on more students. A police man would probably not be paid much as long as he remains in his current position, no matter how many crimes he busts in the area.
Noble professions, but if you don’t work smart in them, you may be quite broke for a very long time.

Hard work can only take you so far.  Eventually, you would have to get smart and put some skin in the game; own some stake in the company, so that you can scale up your income with the same amount of hard work you have always put in.

“It’s not fair that Athletes, TV Stars and Musicians make A Lot of Money”
First of all, life isn’t fair. If it were, there wouldn’t be a food chain.  Secondly, we have to understand how this thing called “marketing” works.  Marketing is different from sales.  Marketing is showcasing a product or service. It is simply concerned with introducing potential buyers to the sellers of a product.  Sales, then focuses on convincing the potential buyers to make a purchase.

It is all about eyeballs. Once you are able to attract a multitude of eyeballs such as a fan-base, a following, a viewership or a readership to pay attention to you, you are automatically a lucrative marketing platform for producers to advertise their goods and services. Companies would want to pay you to use you as a ‘billboard’ with which to market their products.

It’s the same way online marketing works. Attract enough traffic (eyeballs) to your website and you have a sought-after advertising platform for producers. It’s also how TV and radio channels (eardrums in this case), as well as newspapers and all other forms of social media have always made the bulk of their money.

So when next you are keeping up with the Kardashians and you wonder why they are so “successful for doing nothing” (as people say), just remember that your eyeballs are on them, along with many others, making them a lucrative target for sponsorships and endorsements by major corporations looking to introduce you to their products.

Now that’s an ‘unfair’ food chain, and you can always choose not to stay at its bottom by becoming more of a player, and less of a spectator!

Success, even financial success, is a result of first creating value and then adding same to people. And the more people you add value to, the more (financial) returns will come back to you.

This is the law of compensation. And it works best when you are in the right vehicle –when you have considerable ownership over your value-creation mechanism, i.e. your job.  When you work for someone else, you are in effect renting yourself out to them during working hours. And in that setting, they are adding value to many other people who they cannot reach personally, through you, because they ‘own’ you at the time.  So, it only makes sense that the financial returns should all flow straight to them and they can then decide how much of it to pay you as rent.  Ownership is always a better deal!

So, be obsessed; not with making money, but with serving your fellow humans. Be obsessed with adding tremendous value to them the best way you can, always!

Having the wrong mindset about money can considerably hinder your ability to make more of it. Making more of it is a good thing as it stimulates the economy and makes everyone better off; because sometime, somewhere, somebody decided to serve their neighbor by creating something of value that made life or business easier to conduct for that neighbor. And the ripple effect of this single act increased the gross domestic product of the entire community.

What are your thoughts on making money? Do you see it as a moral thing to strive for? What are the limits? where do you draw the line? When does it change from a moral pursuit to an evil cause?  I would love to read your perspective and learn from you too!

You Too Can be a YouTube Millionaire! Ink Eze’s Insights from #YouTube4Africa 2 Day London Space Tour