BN Confession Box: Got Pregnant So He Could Marry Me...Now I Wish I Didn't 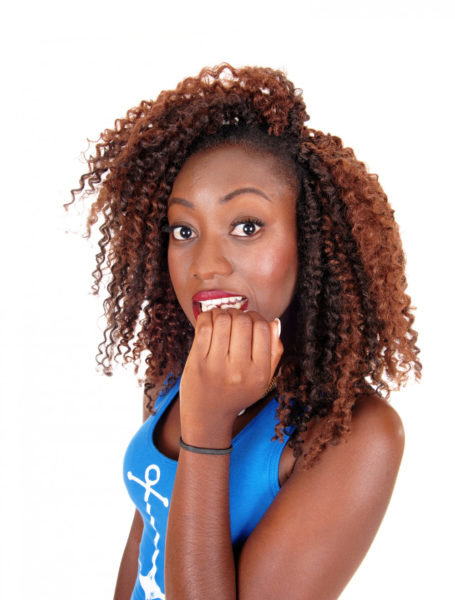 ***
This marriage thing is not easy. Today, I have just been crying, asking God to forgive me for not being patient with him and to please help me. No matter what, no one should try and control the hand of God.

When I met my husband, I was already in my very late twenties. He was younger by a few months but we loved each other, so no problem. While we were dating, he was very committed, loving and honest. Yes, he stepped out on me a few times, but it was always during the time he was away at the rig and I was not there, so not a big deal.

3 years into dating, I turned 30. I was really worried because I wanted to have my children early and he was not saying anything about marriage yet. I even hinted in so many ways, still nothing. I knew he loved me but I started to have insecurities, I was not ready to lose him. The thought of him even leaving me for someone else after 3 years together was just too painful, so I hatched a plan to con him into marrying me.

I decided I would get pregnant and that would speed up everything. One of my friends who was very good with counting ovulation dates and all gave me good tips. It was very easy to carry out this plan without my husband knowing because we never used protection. I was on birth control pills, so all I had to do was stop the pills and pretend to him that I was still using it.

After about 3 months of trying, I got pregnant. The joy that filled my heart when I took the test and found out was not a small one. I told him, and we argued a little about how I could have gotten pregnant on pills. He seemed afraid and even asked if I wanted to abort the baby, and I said no. I involved his mother who was so ecstatic about the pregnancy, considering he was the first son. In the end, I got what I wanted. We got married.

Just two months into the marriage, I lost my job and became a housewife.I was filled with guilt thinking maybe it is God trying to punish me for deceiving my husband and forcing him to marry me, but I kept the guilt to myself.

My husband on his own was very supportive and all, but the boredom at home was killing me. He worked 2 weeks every month at the rig and spent weeks at home alternatively, so during those times he was away, I would be lonely and alone in the apartment.

No house help, no sibling to keep me company, no even steady light. It was this same boredom that made me think of rearranging all the clothes in our wardrobe. I didn’t know it was God trying to open my eyes. While sorting out my husband’s suits. I noticed one of the jackets was a little heavy like there was something inside. I got curious, so I flung it in the air the way you fling a cloth before you hang it to dry. As I flung in the air, some documents fell out of the suit. of course, I read through the document and to my utmost belief, they were hospital reports from different hospitals and for different tests. The gist of the whole matter is that my husband has been HIV positive for over 11 years! He was positive before I met him and this man did not tell me.

I was so agitated and shocked. I had never seen him taking any medication or anything, how could he have hidden this from me? If he could hide this all this time, what can he not do? I was afraid for myself and even more for my child. I called him immediately. All through the call, I cried, screamed and cursed him. He told me to calm down, apologized and told me not to do anything rash. He said that he had gone into remission a long time ago and could not transmit it anymore and that the baby and I were safe but I don’t believe him.

It has been two days since I spoke to him. I have not been picking his calls or anything. I am just so perplexed and in shock. I am too afraid to go for a test. In all the tests and checkups I have been doing alongside my antenatal, the doctor has not said anything about me having HIV, but what if I am?

What if my baby comes out with the disease? I have packed my things but I don’t know if I should leave or not. What do I tell people? He is coming back this weekend. I don’t know how to face him because I could murder him. I don’t want to be married anymore.

He is a demon from the pits of hell. What did I` do to deserve all this?

Telling our Local Stories through Graffiti Art! Osa “Osa Seven” Okunkpolor is our #BellaNaijaMCM this Week

Ayo Al: Character Flaws Are Really What They Are!