Debby Osa: Any Relationship that Limits You Is Bad For You 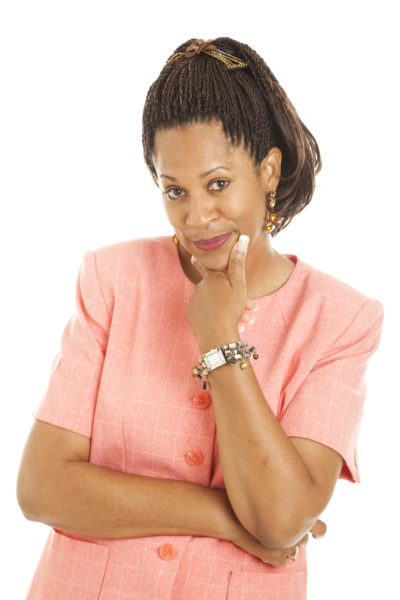 While waiting to gain admission into the university, I decided to go job hunting with a family friend who had also graduated. She lived nearby, so we decided to go around cold-calling on companies in our locality, and dropping our pitifully blank CVs.

On this particular day, we stopped by a well-known machine company. We were asked our mission, and we replied that we were looking for jobs. By a twist of good fortune, the Managing Director of the company just happened to be around and asked to see us. We walked into his office where he sat with his PA and, after the usual greetings and introductions, began to engage us in conversation.

We both responded, but I sensed, even as young as I was, that I was preferred. I used to be quite vivacious then, and my reading habit and fluent English greatly helped during the conversation.

Coincidentally, at that time, the company was making plans to produce television commercials for some of their new machines. I remember the MD turning to his staff and saying in Yoruba, ‘I think we should hire the dark one and also use her in the commercials. She looks like she would be suitable. What do you think?’

He probably thought we didn’t understand because we are both from the South-South part of the country. His PA nodded vigorously, obviously concurring.

After the meeting, we left with him promising to get back to us. I remember as we walked back, my friend was a bit quiet. I knew she naturally felt a bit let down, so I didn’t talk about it.

When I got home, I went to my room and knelt down and, in all earnestness and sincerity, prayed. “God, please, don’t let them call me for that job. Sisi* will feel so bad – and I don’t want her to feel bad. Please, God, let me not be called.”

And we were both ‘happy’.
Awww…sweet, right?
Not at all.

On the contrary, that sort of relationship can be deadly and harmful to all parties involved.

Sisi wasn’t a bad person, but I found that around her, I couldn’t be all I wanted to be.

As I grew older, I sometimes found myself in these sorts of relationships. I have also repeatedly noticed others in such relationships – where they limit themselves, ‘dumb’ themselves down, take decisions they know are wrong, pass over opportunities (or relationships) – to make other people ‘happy.’ Relationships where people are unconsciously and non-verbally apologetic for being their ‘successful’ or ‘better’ or ‘ambitious’ or ‘intelligent’ or ‘more spiritual’ or ‘in-a-relationship’ or ‘attractive’ self. It is so subtle – they don’t even know what is happening.

Sadly, many of these relationships are very close ones: An academically gifted child is resented by his siblings, so he tries to cover up his intelligence around them – especially if they have unwise parents; a lady remains single – despite her desire and numerous proposals – because her closest friends make fun of ‘all these men’; a guy laughs with his ‘boys’ at a mutual friend’s ‘over-spirituality’ – even though he secretly desires and respects it; an employee joins the office faction to run down the boss and do shoddy work – so she don’t come across as sycophantic …ad infinitum.

All these examples are unconsciously apologetic for their desire for ‘success’ in its ramifications – endowments, growth, progress, advancement, excellence, good news etc.

And this feeling is as a result of their association.
I will be as simplistic as possible without sugar-coating it: Any relationship that limits your growth or progress in any form is bad for you – no matter how close.

Beneficial relationships allow and encourage growth. In a healthy relationship, when one person advances, it encourages the other person(s) to grow as well. They get challenged and try to do better; they learn and grow…and an ever-widening circle of growth and achievements is created.

But if the other party is uncomfortable, preferring the way ‘things were before’, that relationship is a disaster waiting to happen: you are not just destroying yourself by limiting yourself, you are destroying the other person. In the long term, it will breed resentment, anger, and guilt – and when one decides to pull out of such a relationship, it can cause untold pain and damage.

But, for me, the scariest thing about these relationships is what I call The Law of Transformation. You become (like) your relationships. You become (like) who you hang around (with). After some time, with these limiting associations, you remain at ground level; and when anyone close to you tries to ‘move up’, you resent it. You are not even aware of what is happening in you.

So how do you avoid these types of relationships?

It’s simple. Associate with people who allow you grow or become better, and stay away from those who don’t. If you cannot totally cut them off e.g. family, colleagues, put up mental walls and limit your interaction with them. If you have tried to, yet you cannot freely discuss your achievements, goals or successes with them – and trust that they would be encouraging – keep them to yourself. (And by the way, I am not talking about a condescending, hoity-toity, rub-it-in-your-face kind of discussion.) Be unapologetic about being successful, or as someone once said, “…make no excuses for the blessings of God on (your) life.”

Understand timing and strength zones.
Sisi has strengths that I do not have, and vice-versa. In that instance, my strengths were needed. If we had understood that, we would both have been happy for me, and continued to look for a job with her strengths. It might have taken a little longer, but at the right time, she would have found a job where she was needed. Then we would both have been happy for her.

Finally, look at yourself.
How do you feel or react when people close to you succeed – or want to succeed? You attract your type. Learn to genuinely encourage and validate people. Be thankful for other people’s blessings even if you have to grit your teeth to do so! Encourage the successes, achievements and celebrations of your friends and family. Don’t congratulate them upfront, and make envious, bitter statements behind. Be challenged, learn from them, and aspire to achieve as well – without competing.

Don’t become a limiting relationship yourself.

Office of the Citizen with Chude Jideonwo: The Citizen is Always Right

Bukie Iwajomo: 7 Reasons No One is Buying what You are Selling