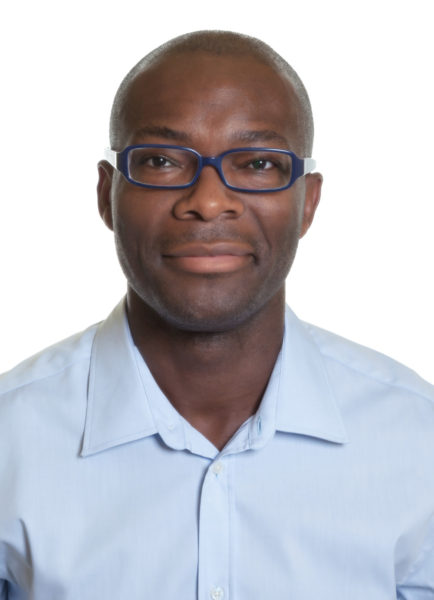 Repetition is all it takes for a lie to take root and become accepted as the truth. I have heard so many untrue positions pushed forward regarding the whole travel chain. These are especially in relation to first-time applicants for visas. It also applies to those embarking on a trip for the first time after such visas are secured.

The ridiculous statement I often hear centers on the need to do something about the so-called ‘virgin’ passport. By that they mean a passport that does not yet have any visas or entry/exit endorsements to demonstrate the holder is a veteran traveler. Nothing can be further from the truth.

People have built unfounded theories around visa procurement. This is such that, the otherwise simple routine official procedure, has now attained legendary status. It breaks my heart when I see highly educated Nigerians, fall victims to the antics of some visa racketeering tout. Thereby permanently complicating their travel chances.

A self-proclaimed ‘visa agent’ would advise potential applicants about the need to prove they had traveled to some ‘smaller’ countries. All that is in the preparation of approaching the United States, United Kingdom or some other European countries’ Embassies or High Commissions for a visa.

These agents sell the idea that, such travel histories usually sway visa officers in approving applications to those aforementioned countries. They consequently arrange for counterfeit visas and entry/exit endorsement stamps to be placed on such blank passports. These facilities proudly declare the applicant had passed through Seme border post all the way to Ghana and back. Many times, without challenging such lies, unsuspecting applicants readily allow their passports to be riddled with such endorsements by these agents.

Needless to say, those counterfeit endorsements and phantom visas, are nearly always found out by keen-eyed document forensics officers, and their sophisticated equipment at those embassies.
Oh, by the way, passports found out to be such are usually impounded. Thereby bringing further complications to the travel desires of countless applicants.

I have studied the tendencies of many Nigerians regarding visa applications and international travel generally. I can comfortably say that most people are too lazy to bother to fill visa applications themselves. They are also not diligent enough to seek counsel from the right places at the right time. People eventually get wise after their passports have been impounded due to regulations infringement. It is only then they start asking the right questions and running everywhere for a solution to otherwise preventable situations.

Many times, embassy officials in Nigeria get invited to the media to explain what they consider before visa issuance. But as sincere and open as those sessions go, it still beats my imagination why applicants end up getting guidance from some roadside ‘agents’. The so-called agents have probably never applied for visas themselves their entire lives! And I hear they charge no small fee for those phoney consultations they provide. Perhaps, people are so used to getting things the hard way. The simple legitimate way to apply for visa now looked too easy to be true.

The ‘virgin’ passport myth is further taken to departure periods when visa holders are traveling. Different airport officials try to squeeze gratification from hapless naive passengers traveling for the first time. In the past, some people had been delayed from embarking on their trips on the pretext of this so called ‘virgin’ passport. And as docile as some passengers can be, though they know this myth is a creation of some criminally minded officials, they often pay up just to be on their way. I do not know what really accounts for this docility.

The truth is that majority of Nigerians are unduly tolerant and unwilling to challenge situations that are purely illegal and irrational. Sometimes, I do not blame such passengers though. The process of squeezing money from them can be harrowing. A few who have stood their grounds have however prevailed over such wicked rackets.

My cousin recently travelled to the United States. That was his first visa ever, and the trip was his first foreign trip. He is in his early thirties and single. (These details are deliberately mentioned to debunk other sub-myths about what category of people are usually issued visas) After dropping him off at the airport on the day of his departure, I watched from a distance as he went through the check in procedures. Although I could have pulled some influence and taken him by hand to the boarding gates, I decided to let him go through the process without assistance. That was so he can begin to gather his own first-hand experience crossing international frontiers.

Before finally departing, he called to say some officials at the restricted area had brought up that ‘virgin passport’ nonsense. He was promptly asked to ‘settle’ and avoid getting delayed. Another official saw from the bank stamp on his passport that he had collected $4000 dollars as PTA (Personal Travel Allowance). After comparing that sum with the nearly $2000 he had on him, he was informed it was a ‘financial crime’ not to travel with the entire amount collected for PTA.

Those officials did not know he had been thoroughly briefed on all he needed to know about international travel. They also did not know he is a lawyer himself. If they did, they would have realised they had the wrong ‘first-time traveler’ to squeeze. He handled them well by himself, and of course, they let him go. He did not even get to the lawyer part before he was allowed to go. One final fact unknown to them was, had they delayed him over imaginary offenses, his big angry brother who could pull rank was just waiting in the shadows to emerge.

I have had front row view of the mythical opinions people hold about international travel. They are mostly from my personal experiences obtaining different types of visas and numerous travels. My professional involvement in handling visas and passports also account for my knowledge base. I can confidently say those myths are usually spun by mischief makers who wish to feed on the gullibility of applicants. Frankly, the statistics of people that fall prey to such scams are alarming. I have seen whole families including babies, have their passports impounded and any prospect of future travels halted over this ‘virgin’ passport issue.

Let me make it very simple in clear terms:

Finally, for God’s sake, there is no such thing as ‘virgin’ passport. The term is repulsive to civilized people and I personally find it offensive.  A word as we all know is enough for the wise.

Opportunity Hub with Bola Lawal: 4 Key Things Nigerians Need to Unlearn in Order to Be Successful

‘Tale Means Business: 5 Reasons Why Your Business Is Not Growing