Office of the Citizen with Chude Jideonwo: Today's Nigerian Dream 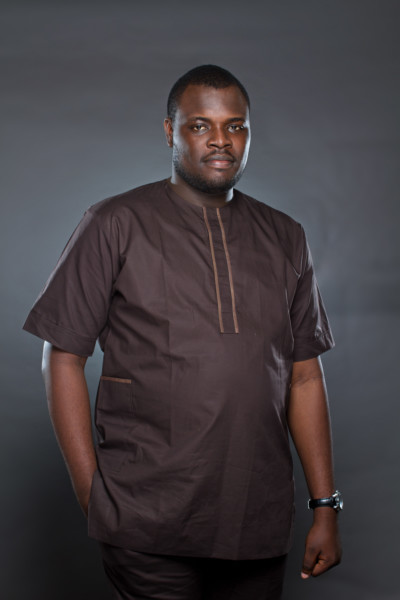 In several of these meetings for Nigeria, I have had many would-be candidates ask me: What does the average Nigerian need?

It used to stump me when I first began to answer the question. But interrogating its necessity has led me to a clarity today that combines what I think Nigeria needs at this time with what I have heard in my work as an active citizen, and in my engagements with Nigerians across the country.

And the sum of what the majority of Nigerians want today is this: a country that works on a basic level.

To translate this into bread and butter, Nigerians want a country where poverty is significantly reduced, where road networks are efficient, where there are alternatives for transportation, where the taps run water, where there is electricity and where schools are good enough for children to learn in dignity.

The truth is, the aspirations of Nigerians today are limited, understandably thus by the abundance of basic challenges that our country faces. And on the hierarchy of needs, we need to handle that breadth of challenges first before we move to other levels of development, or aspiration.

When asked to distill all of the above listed under ‘country that works’ to an urgent imperative, the most basic aspiration is jobs.

Jobs enable people provide these basics for themselves at times like this, when government has failed to provide same and citizens often have to resort to self help. Jobs enable people get a grip on their destiny and have a sense of purpose.

That has become at the base of it the basic dream for the young Nigerian man and woman without a safety net, who is trying to find his or her way in the world. It is also the basic driver for many parents and guardians as they raise their children and invest in their future.

I thought about all of this the other day when a mentee announced to me that he had found a job, working for a leading Nigerian bank.

Two years ago, he returned to Lagos and told me that, after repeated strike actions in his South-South based university, he had decided it was a waste of time to continue an education that, based on all he was knowing of the world (aided by the internet), would take so much from him and give him very little in the end.

I was deeply worried for him. He was also very worried for himself – about his future in a certificate-driven country that is slanted against those who come without any in-build advantages, when you don’t even have the piece of paper that gives many a leg in.

He was a writer, writing poetry and fiction. He decided he would make these his weapons.

In his journeys through Lagos, he began to find a way; meeting people and sucking up knowledge, picking up contacts and networks that eventually gave him a job at the lower rungs of the pecking order at a magazine company.

It didn’t give him much, but it gave him a sense of identity, a place in the world. He could control his own life; he could begin a journey towards progress, he was finally, in his own mind, and for much of the world, an individual standing on his own.

His journeys led to even higher ground, as he continued to create value. And soon, he was ready for his next step.

A social media acquaintance who worked in a bank and had seen his creative work, informed him that there was a vacancy for great content creators. The acquaintance believed he was eminently qualified.

My mentee worried about his lack of a certificate, but it turned out some Nigerian institutions have caught up with the times and the more innovative of them now understand that certificates are not equal to value, and many young people are building huge capacity outside the walls of conventional classrooms.

He informed them of his situation at the job interview, but they didn’t care. He passed through the tests. He was competent for the job. He was hired.

Can you believe it?

For him, as a young person with parents of modest means who grew up, literally, in Oshodi and has no form of connections, advantages or even resource margins, to find his way in a country that many routinely insist (with good reason) limits people’s capacities, diminishes potential and scarcely provides opportunity, was a deeply significant milestone, and a reminder to me of the possibilities that Nigeria still presents, in spite of itself.

“People like you who find a way to push forward and climb up,” I said in a message congratulating him. “Without ‘connections’ in a society that appears designed to keep you down are the authentic Nigerian dream.”

Nigeria is lucky to have within it a significant number of young people, who are well educated and internationally competitive even if, like me, they were completely bred in Nigeria, went to school in Nigeria and had families that are similarly located. These young people still manage, despite the myriad of problems that face them daily from a country that does not deserve them, to have faith in it and to have faith themselves. They wake up every morning and they fight for a better life – either by finding a job or by creating one.

The ability to do this, the ability to have this, and the possibilities of doing this have become the Nigerian dream that we have today.

Parents who spend incredibly amounts of money taking their children to schools within and outside Nigeria are investing towards this possibility: the dream that their children might get a good job.

It is a thing of pride for me to routinely see young people just like myself, who grew up without advantages, who didn’t have families that could get them a leg in, who went through this same debilitating educational system, and who had little by way of ownership, who yet pull themselves off by the bootstraps and make a name, a career and build a legacy in the world.

It is often a thing of pride for me to say of myself: everyone I know, everyone I have met, every relationship I have built, every naira in my account has been, by God’s grace, secured by self, brick by brick, without any prior advantages – in and through Nigeria.

It is an achievement of my own Nigerian dream, and I see it daily in the eyes of young men and women across the country. They don’t want handouts, and neither do their parents want that for them.

They just want a country that provides for the opportunities for them to achieve their potential and actualize their visions for their lives. Along the way, they are also ready to invest their energies, and their talents in something bigger than themselves. If Nigeria will create the atmosphere for them to thrive, they are ready to invest in making Nigeria even better than they met it.

Asking them to do the latter before the former however is madness; both immoral and impossible.

Nigeria’s leaders need to pay very close attention to this dream. They need to understand it viscerally in their hearts.

Stories like Ifeanyi’s and mine should not be outliers. They should become the mainstream of Nigerian possibilities. The most important job for the Nigerian government should be to expand the space and opportunities for young people to control their destinies and achieve their potential.

Nigeria has dealt harshly with its citizens. It has oppressed, repressed and depressed them. It has closed hearts and slammed doors. And this has happened by way of a vast majority of the same people who hold public office, sit in civil service, and hold together government imperatives as I write, today.

Yet the Nigerian, especially the Nigerian youth, has refused to give up, has continued to hold on, has decided to lean in. All they are asking for at this moment is a government that provides the bandwidth for them to do this.

It is not too much to give, and at the end of the day, is very little of citizens to ask from their nation. The very least it should do.

From Accountant to Art Curator! Rele Art Gallery’s Adenrele Sonariwo is our #BellaNaijaWCW this Week

Akanna Okeke: When She Earns More