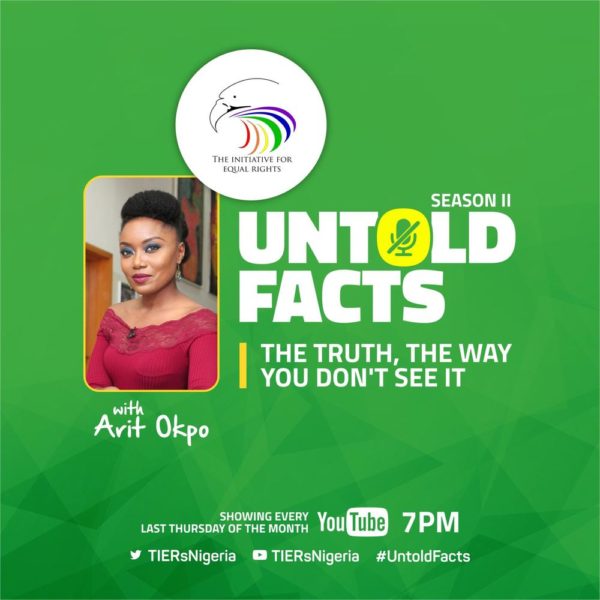 The Initiative for Equal Rights (TIERs) is set to launch the second season of its groundbreaking discussion series – Untold Facts.

The show is an online discussion produced by TIERs and geared towards enhancing the visibility of human rights, particularly sexual rights and sexual health rights in Nigeria with a focus on LGBT persons.

This season will be hosted by popular media personality, Arit Okpo and will air every last Thursday of the month at 7 pm on the YouTube channel, @TIERsNigeria.

BN Weddings Video: Watch The Hannah and Olu Love Story + Follow Every Stage of Their Journey to I Do!