Adebayo Adegbembo: A True Story on Illiteracy & Our Native Languages 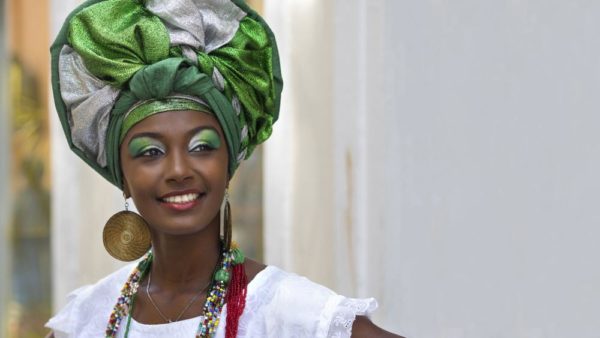 A few months ago, I was riding a commercial tricycle popularly called keke napep along with 3 other passengers. It was late evening and the ride was the last leg of my commute home after what had been a busy day. The route itself was straightforward going from Apple Junction to Festac town, both in Amuwo-Odofin local government areas of Lagos. I was seated in front with the driver while an elderly-looking woman sat sandwiched between 2 male passengers behind.

We had barely made it halfway when we encountered traffic. Attempting to navigate another route, the driver asked if any of us would be alighting at any of the stops along the route or were all headed to the final busstop. He sensed something was amiss when the old woman mentioned an obscure landmark as her intended stop.

On probing further, it turned out she was confused, as the landmark in question was too vague to correctly identify her busstop. To complicate matters, she couldn’t express herself in Pidgin English let alone English. Instead, she began to panic even as the driver became agitated, muttering to himself that he’d been unlucky to pick up an illiterate who not only was lost but couldn’t even speak any form of English – the only language that he seemed to understand.

Myself and other male passengers intervened urging the driver to calm down, while we sought to also make her feel at ease. Her Igbo language stood out as she tried to explain herself. Thankfully, one of the male passengers understood Igbo and began to converse with her. Going by his interpretation, she was on her way to her daughter’s residence, but had mixed up the direction given her. She also mentioned she had a mobile phone in her bag but that its battery was flat. By a stroke of luck, another passenger had a similar model of phone to hers. We powered her phone with his charged battery, retrieved her daughter’s number and called her. She provided directions on where to drop her mom off saying she’d be waiting there and everyone was relieved.

Throughout the situation, the driver didn’t stop his complaints about the old woman’s illiteracy. To him, she was illiterate because she didn’t speak English however basic, not minding the fact that his spoken English was pidgin.

Irritated, I thought about the broader meaning of Illiteracy, “Lack of knowledge in a particular subject; ignorance.” The driver perfectly fit that label given his lack of understanding of Igbo. Ironically, what had saved the day was in fact her ability to clearly express herself in Igbo, which so happened to be understood by a co-passenger. After all, illiteracy cannot simply be defined from the perspective of English language.

Personally, that episode was a learning experience given the nature of my work, which involves helping children learn Igbo, Yoruba, Hausa and other native cultures vis-à-vis interactive mobile games and cartoon videos.

While many see the need to preserve our native languages, sometimes, the essence of these cultural values can seem lost in debates over issues bothering on their extinction and other academic theories that we miss out on the obvious: everyday instances involving them. Some of us have had moments when a spoken native language was the difference between getting a good bargain for a product or nothing. Or when a stranger connected with us simply because we spoke his or her language. From market situations, social connections to emergencies home and abroad, many have had memorable experiences where our native languages have proven useful beyond something to speak with village people.

These glimpses of everyday use can only mean one thing: native languages are important! That said, I am not advocating for the use of only native languages, as the benefits of understanding English are far too obvious to all. On the other hand, just as one can be computer literate, financially literate or any other form of describing one’s enlightenment on several subjects, one can also be culturally literate from a native language point of view. It doesn’t require much.

234Finance: The Future is Video Marketing