#LiterallyWhatsHot: The Carnivorous City Will Eat You Up! Review by Jerry Chiemeke 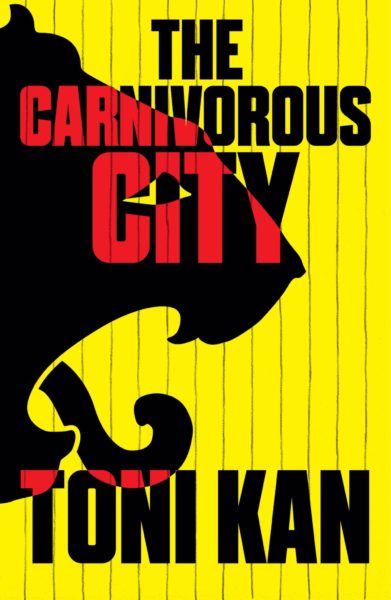 Now and then, readers find themselves going through varying tastes when it comes to African literature. We have seen the eyes of book enthusiasts tilting towards narratives bordering  on the historical or exploring themes that have to do with the diaspora, but with time, boredom sets in, and readers yearn for something more contemporary.

Anthony Kan Onwordi, popularly known as Toni Kan, is a writer, editor, public relations executive, and teacher. He is known for his collection of short stories, “Nights Of The Creaking Bed”, and he is equally the chief editor of Sabinews, a thriving online magazine. Kan was also the winner of the 2009 NDDC / Ken Saro Wiwa prize.

“The Carnivorous City“, a crime fiction thriller (at least that’s what the author likes to call it) set in contemporary Lagos, is based on the story of Abel, who is uprooted from his drab, peaceful life as a schoolteacher in Asaba and flung into the chaotic existence that is Lagos following the disappearance of his brother Soni, a “Lagos big boy” who leaves behind an anxious wife and a fairly oblivious son.

In 241 pages, Toni takes us through Abel’s journey into the heart of Lagos as he experiences a fair bit of Soni’s fabulous and extravagant lifestyle, while discovering a lot more about his missing brother’s true character from the perspectives of a cougar, a cut-throat banker, a compromising police officer, a street kingpin, a treacherous wingman, and a cash-hungry journalist. The book pretty much explores the subjects of family, religion, loyalty, marital fidelity, friendship, integrity, and lustful desire.

Toni Kan is affectionately known in literary circles as “The Mayor of Lagos” and not without good reason. His descriptions of the city lights, from venues like Bogobiri, La Casa, The Lighthouse, and Bar Beach, to streets like Adeola Odeku, Oniru and Mobolaji Bank Anthony are so vivid that one may no longer largely depend on Google Maps to navigate the nation’s commercial capital after reading the book. Toni’s younger days as the writer of a raunchy column in “Hints” (a popular soft sell magazine in decades past) comes to play in the book’s pages too; the use of words in the novel’s more “intense scenes” shows that he’s still got it.

The Carnivorous City is by no means a perfect work of art though. Sure enough, Toni Kan knows his Lagos and his sex scenes, but that’s just about it. One of the concerns faced by writers in scribbling a third-person narrative is an excessive focus on a single character, and in penning down the pages of this novel, Toni fails to successfully resolve this concern. It seems to be all about Abel and his exploration of Lagos. Other important characters in the narrative, like Ada (Soni’s wife) and Santos (Soni’s right-hand man), are left begging for concrete back stories or even character development.

Readers who hope to see things from their point of view will be disappointed as Toni misses the chance to tell a well-rounded story. What is Calista’s real contribution to this “thriller”, other than catching up on old times with Abel? Why does the police appear to be a lot less involved than they should? Were Soni’s direct and remote associates incapable of providing any leads at all? These are important questions that could have been answered.

Ultimately, “The Carnivorous City” is a fanciful narrative that lacks any real soul once all the gloss wears off. It is the kind of novel that would leave a critical reader with thoughts along the lines of “OK, teacher comes to Lagos, gets caught up in La Vida Loca, bangs old crush, bangs his brother’s wife, and then? What next? Is that it?” It’s comparable to a disappointing sexual experience masked by good foreplay, and for all of Toni Kan’s writing prowess, there is too much of sight and sound, and too little of the humans who give life to the city streets. 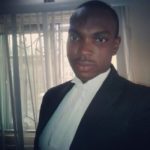 Want a copy of this book? Get one on the Okadabooks store here.

Jerry Chiemeke is a lawyer who resides in Lagos. His works have been featured on The Kalahari Review, Brittle Paper and Elsie Isy.  His editorials have also appeared on True Nollywood Stories and he is currently a book reviewer on literary blog Bagus Mutendi. He recently published his first book, “The Colours In These Leaves”.
Related Topics:Jerry ChiemekeliterallywhatshotNIgerian Book ReviewOkadaBooks ReviewOkechukwu OfiliToni Kan
Up Next

Promoting Women’s Involvement in Tech! Damilola Solesi of SMIDS Animation Studios is our #BellaNaijaWCW this Week

Get Up & Begin Again