Ayo Al: I Do Not have To Take Your Advice 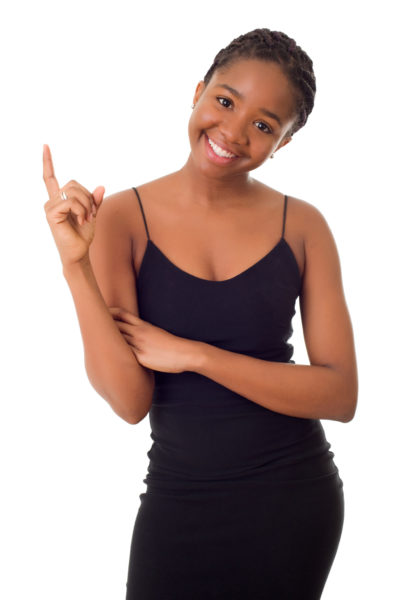 If you are a Nigerian, you are forced to be familiar with unsolicited advice. In fact, it has become an inevitable affair. People just want to air their opinions even if you do not want to hear it.

A while ago, my cousin was graduating and to an extent, it was a big affair. I had gone out of the hall to direct somebody who was a bit lost when I heard a voice behind me say: “Why is your hair blue?” “Sorry?” I replied and he repeated his question. I was lost for a while before I remembered that my braids were blue. I looked at him, smiled a little and walked off.

Years later when I had gone natural, someone actually stopped me in the market place asking me: “Why don’t you comb your hair properly?” This time around though, I didn’t bother to smile.

While some suggestions come off as rude and insensitive, some actually are handy and reasonable. Like a lady on the bus telling you or rather helping you to tuck your bra straps in, or someone telling you as you strolled along the road that your zip had come undone, or the most dreaded “You are stained!”

You remember that aunty who screamed when she saw you at that last family gathering: “Abike! You are so lean. See me later, I have an ‘agbo’ for you, it works wonders!”

In recent times however, some arguments and malice has started to occur once a person advises his or her friend and they refuse to take the advice.

Some months back, I attended a friend’s wedding. It was supposed to be a jolly affair, but I never enjoyed it. On the table where I sat was another friend of ours who had nothing but hateful comments to make about the proceedings:

“See how her reception dress looks so plain. I told her not to wear that colour.”

“Hear how wack the music sounds. I told her to use a life band.”

“Her M.C is so inexperienced. I told her my cousin is into ceremonies.”

“I don’t know why she didn’t use the make up artist I suggested. See how her face runs.”

It was one complain after the other. At some point, I was forced to ask her in anger:

“But it was just an advice, wasn’t it? You suggested it and it was left to her to take or leave it. Why are you so angry? When your turn comes, use your advice!”

To my greatest annoyance, she didn’t stop her rants. We were to stay over at her parent’s place and she brought up these issues again. This time around, her mum contributed and even chipped in an insult or two directed at the bride and her family.

“See how clumsy her ‘Alaga Ijoko’ was at her engagement. I was so embarrassed.” Her mother said in Yoruba, to which she responded: “Shebi I told them you can do it very well. They refused.”

One way or the other, I managed to keep my mouth shut till I left.

So you are upset because your friend refused to grant that contract to the young woman you asked him to? Maybe the other woman he awarded it to is actually more qualified and capable.

You are angry that your niece did not use the hall you had suggested for her birthday party? Well, it could be because she didn’t want something so expensive. So that is why you have stopped chatting with her and you don’t call her anymore!

It hurts you that your mum refused to take that maid you wanted? Maybe she had prayed about it and wasn’t convinced in her spirit to take that maid. It is an advice! Meant to be taken or ignored. You have to understand that.

Remember your friend who refused to donate money to the church you attended after you begged her to?  Before you get angry, why not remember that it is her money which she worked hard for.

It is just an opinion offered or recommended, it is not compulsory the advice is taken. Your self worth should never be tied to how many lives you control. Get off your high horse.

Are you the most high? Even God’s creations go against his wish and he doesn’t strike them down. So who are you to take offense for every advice that you give that is not taken?

Do not become “Ahithopel” in the lives of man. Do not be a puppet master. Let people make their own decisions.

Is Your Initiative Helping to Eradicate Poverty? Apply for the 2017 Waislitz Global Citizen Award | Deadline August 15