Diaspora Chronicles: Why Do They Not Want to Come Back Home? 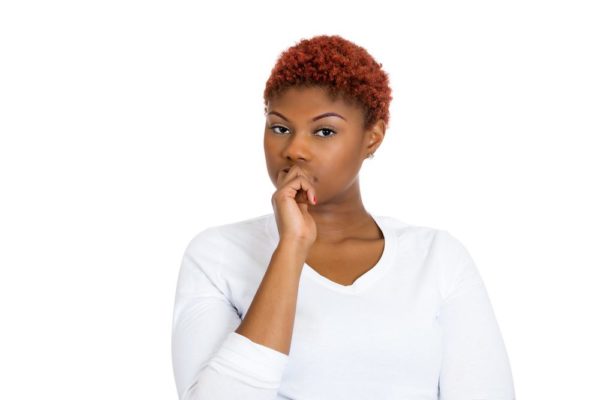 Everyone, home and abroad saw the pictures of the flooding in Lagos, the incidental memes and even the alligator that was washed up. The laughter was plenty, but now the sun is back.

As is expected, everything would appear to be back to normal until another round of floods perhaps this year or next. I still have friends and relatives that continue to live the nightmare as they replace furniture and heavily damaged cars.

This is tough in a situation where buying a “Grade A” used car is very much a luxury.  Anyway, one of such friends emailed DC this story that I am about to share with you. She said after reading previous articles particularly the one with almost same title as this one, she was moved to tell us this story. Enjoy!

***
I had returned to Nigeria 2 years ago after living in America for some years. I have since settled, started a business and in spite of all the struggles associated with running businesses in Nigeria, I am still hanging in there and trying to make it work. To be honest the sunny weather, friendships and my family was enough motivation to be in Nigeria.

On Friday, 7th July I had to make an international trip to purchase items for my business. My home being in Lekki, I set off at 1:15pm for a 10:30pm flight. The possibility of rains, flooding and traffic jams were the reason for me leaving 9 hours earlier. There was also the fact that the driver needed to pick the kids from after school lesson at 6:45pm. It took me 2½ hours from Jakande Roundabout to Lekki Phase 1 roundabout; and just so you know if you don’t live in Lagos, this should be a 20-minute journey. Thinking that using the Ikoyi Bridge would cut my journey in half, I decided to enter Lekki Phase 1 to access it.  After a futile one hour, my driver abandoned that option and we turned around to use the LCC Toll gate but it took another 1 hour to get there. By now, it was getting to 6pm and time for the driver to pick the kids.

In order to release the driver, the only option was to get a taxi to the airport. I signalled several taxis that I saw in traffic, but they all refused to make the journey to the airport. I also kept trying Uber which was experiencing a surge, but finally I got a driver who agreed to meet me up at the Southern Sun.

My dear frustrated driver got me to Southern Sun at about 6.30 pm and I let him go with my check-in luggage, as the Uber driver said he seriously doubted the possibility of our getting to the Airport on time. Having only my hand luggage, I hoped would provide me with flexibility, if push came to shove. Luckily the traffic to the 3rd Mainland and on the bridge itself was not too bad so we got to Maryland area by 7.45 pm.

However, from that point on it was chock-a-block; when I came out of the car and looked towards Oshodi, it was at a standstill. Of course the powers that be were weaving through the traffics, sirens blaring and causing more traffic.  When I realized that it was 8.45pm and there was no chance of me getting to the airport, I told the driver to get on the service lane by a Petrol station. He got there, parked and I walked up to the police patrol motorcycles typically packed there to seek their assistance. I explained to the officers there that I was about to miss my flight, showed them my ticket and begged them to give me a lift to the airport on one of their bikes. To my shock, one of them agree to help. So, there I was sitting on a bike clutching my hand luggage and handbag with all my money and passport zipping through dark Oshodi at 9 pm. To cut the long story short, I made it to the airport. I was the last person checked in – all made possible because I did not have any luggage to check-in. The regular check-in desk was even closed!

Later, as I sat at the lounge and reminisced on the day I had had, I couldn’t help remembering the attack and negativity poured on the writer who last wrote on reasons she didn’t want to move back to Nigeria. Still on the plane my mind was in confusion and at a point I seriously contemplated just jettisoning all the plans I had for Nigeria and staying back after my trip and then sending for my family to come join me.  To be honest, sometimes living in Nigeria drains you emotionally, physiologically and financially.  Since my return, I had never felt as frustrated as I felt on the 7th of July. Not even the light, water or other sundry issues had gotten me that agitated. In spite of not even getting a job commensurate with my degree, I had soldiered on, but this day was the last straw.

I have since returned and I am still hanging in there and looking up to God, but now I am less judgmental of those who have refused to come back as I ask myself nearly every day, is it really worth it?

Ayo Al: When You Steal a Writer’s Art…