Diaspora Chronicles: Could it Be the American Water? by Kiki Daniel 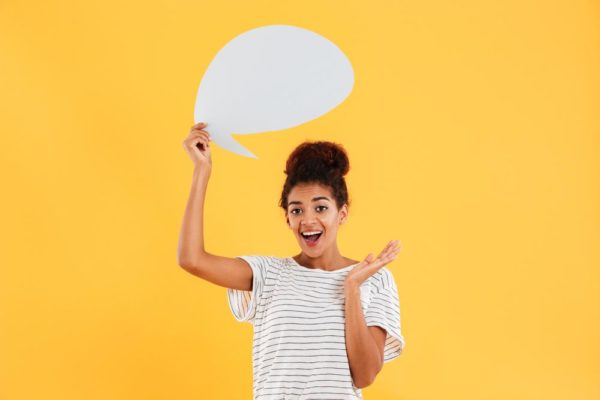 I have known Femi since he was a toddler and he was the sweetest and most hardworking child any mother could ask for. It therefore did not surprise me that he excelled in academics while schooling in Nigeria and got a scholarship for his undergrad study in the US.

I had promised his mum that when he came over, I would keep an eye on him; but with him living in the West Coast which is far from me, seeing him regularly was almost impossible. I did keep in contact via phone and social media.

One Christmas, Femi was not able to go to Nigeria so I invited him to ours. When he came, I noticed a change in him, but I couldn’t really put a finger on what it was, so I just brushed that feeling aside and took his evasiveness to just him being shy.  On this day, Femi left his phone on the kitchen counter and when it rang and I made to pick it up to hand it to him, the picture on the screen was of him kissing another guy.

I am not one to judge people by their sexual orientation, but I was thrown off that the phone nearly fell into the boiling water on my cooker. I placed it back on the kitchen counter, to avoid him knowing that I had seen it and I called him to come collect it. He did and I didn’t say anything about what I had seen, but I started watching him closely after that. His mannerisms over the next couple of days and his reluctance to hang out with other younger female friends who came to spend Christmas within the neighborhood confirmed my suspicion. I didn’t know if to tell his parents or not, although I reasoned that if it were my child, I would probably like to be told.

Running the issue by another friend of ours back home in Nigeria revealed that this was a becoming a common issue – relatively heterosexual children sent to America or Europe to study were coming back having homosexual tendencies. I wondered if it is the water here turning them gay, or if it was inborn and the permissive environment, in the US, was allowing this orientation to flourish.

Casting my mind to my growing up years in Nigeria, I recall we knew tom boys and boys who had effeminate behaviour, but these same boys all grew up and married people of the opposite sex. If you went to same sex boarding schools, we knew of those who dabbled in lesbianism, but we felt it was just a case of raging hormones and a lack of the opposite sex. The new reality of homosexuality is becoming scary. It is not that homosexuality is not on the rise in Nigeria, but it is still a “shadow event”.

As I was getting over the shock of Femi, I also heard of another friend’s son whose mother stumbled on bestiality on his laptop. Let me educate those that do not know: bestiality is sexual relations between a human being and a lower animal. Let me put it in better perspective, while you are thinking your son loves his “Bingo” so much and that is why he sleeps with him on his bed, the boy may just be getting down with it.

I also heard of another young girl who came back to Nigeria with her supposed “oyibo” best friend for her sister’s wedding and the mother, of course, kept the two of them in the same room. Unfortunately, as a typical Nigerian mother, she barged into her daughter’s room and saw what any mother should not see – her daughter getting down and dirty with her best friend. She screamed and fainted. When she came to, her daughter calmly informed her that this was her partner and that in fact they were married and she was planning on telling her after her sister’s wedding.

I know of yet another young girl in secondary school in the UK who disavowed her parents and became a ward of the state because she told her parents she was gay and the mother slapped her. On reporting to the authorities, they emancipated her from her parents.

Some secondary schools in the UK have gone as far as allowing children who are born of one sex but think they are the other sex to sleep in the dormitory of the sex they feel they are. What I mean is a boy who feels he is a girl can stay in the girl’s dormitory. What is this world turning into and what will I not hear?

Some people have reasoned that homosexuality was present in the 90s and early 2000s too, but because it was demonized then, the perpetrators hid in the shadows. As it is becoming acceptable, they have decided to come out in the open. Nigeria from all indications still has relatively low known numbers of gays in the universities and colleges. In view of this, some parents who would ordinarily send their children to school abroad are now beginning to second guess their decision.

I know as a group, we Nigerians like to feel more Catholic than the pope (myself inclusive) but we tend to hold close our traditions, cultures and religion and as such this homosexuality thing goes against everything we believe in. The joke amongst some friends now is that if your child is caught with someone of the opposite sex, after shouting on them and raising blue murder, you go back in, smile and say, at least, he or she is not gay.

I don’t know if there is going to be a solution to this as they say that you cannot un-gay a gay person, but with the decaying schools in Nigeria and the desire for parents to give their children better opportunities, the risk of heterosexual children returning to Nigeria as gays will have to be one of the considerations on if to allow your children to school in America.

N.B.
Please note that America in this piece is being used as a metaphor as it could be any other western country.

Ask Shade About Trusts: They Left Me Too Much To Handle

5 Reasons Why Teaching is a Rewarding Profession